We take a look back at the iconic album that shot a 13-year-old LeAnn Rimes to global fame. 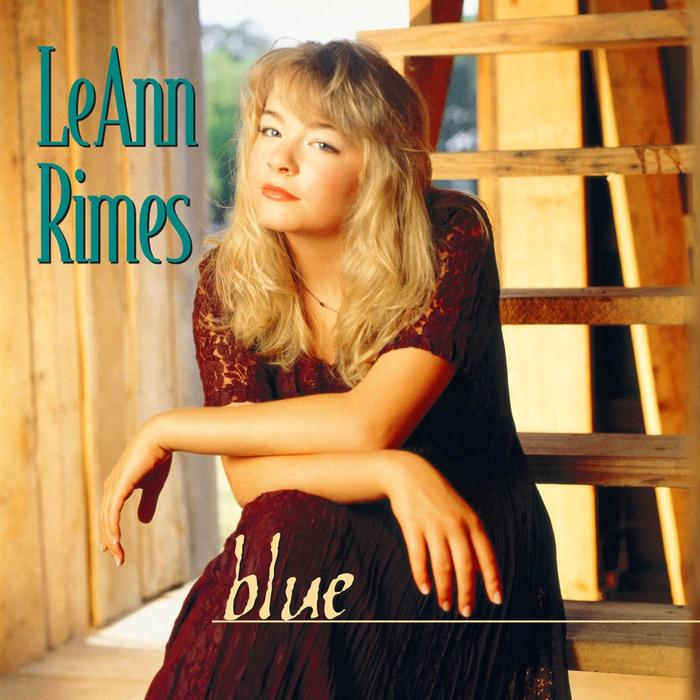 So, as we might have said to the executives at Curb Records in the mid-1990s: let's get this straight. You're launching a country artist who's still months away from her 14th birthday, and you want to do it with a deeply traditional piece of Nashville balladry that's already 38 years old?

It may have seemed a long shot, but the record company knew they had dynamite on their hands when they signed a young Margaret LeAnn Rimes. Born in Jackson, Mississippi and raised in Garland, Texas, she was practically a showbiz veteran already. LeAnn had performed in talent shows from the age of five and was releasing low-profile independent albums before she was ten. Then, as we watched her career explode, we started thumbing the thesaurus for a word that meant “precocious” to the power of 100.

The turbo-booster for what became her record-breaking, chart-crushing success was a song from 1958. 'Blue', written by Bill Mack, was a swaying, rock 'n' roll love song back then. Many historians report that he wrote it with Patsy Cline in mind, an idea that was denied by Mack himself, although you can certainly imagine how Patsy's interpretation would sound. It was a 1966 reading by Kenny Roberts – earlier a mentor for a young Bill Haley in the Downhomers – who gave the tune the yodelling motif that LeAnn would enhance to spectacular effect.

Whether or not the song was earmarked for Cline, the legend left her mark on the young starlet. “Patsy Cline was one of the first people I was ever turned on to in country music”, she told me in a 2013 interview. “She had such an amazing voice, but so much more than that - she made me feel everything she was singing, which the truly great singers do”. But as LeAnn grew, her musical horizons expanded in all directions; “I listened to Barbra Streisand and Judy Garland”, she went on, “and then I listened to Janis Joplin, then I got into Prince. Led Zeppelin, anything and everything you can think of”.

Even as a pre-teen, Rimes was championed by Mack himself, who made every effort to expand her success from local sensation to national notable. She recorded her first version of 'Blue' in Clovis, New Mexico for her 1994, independently-released album All That. “LeAnn and her parents came out, very nice folks”, remembered engineer Johnny Mulhair at the time.

“Wilbur Rimes [LeAnn's father, who was listed as one of her early producers] listened to 'Blue'”, recalled Mulhair, “and said 'It's ok'. But LeAnn listened to it, and the story I heard was that she thought it was a really cool song. It did real well in the Texas area and Mike Curb got a copy of it, so Curb Records became interested in it. He was very impressed with her singing”.

Once Rimes signed with Curb, the song was re-recorded, note for note; becoming LeAnn's first single for them in the spring of 1996. It became a No. 10 country hit and hit the top 30 of the Hot 100, while also becoming a relatively rare traditional country hit in the UK. At year-end, Billboard observed that she had come “roaring out of Texas with a fresh approach to an old song”.

It would be the beginning of an illustrious time for Rimes. The single won Grammys for both Rimes and Mack; Best Female Country Vocal Performance and Best Country Song respectively. She was also voted Best New Artist, beating out the various talents of Garbage, Jewel, No Doubt and the Tony Rich Project.

Blue, the album, produced by Wilbur Rimes, Chuck Howard and Johnny Mulhair, was released in July 1996 as the single was heading skywards. It soon joined it there, shipping six million copies in America alone and spending a dizzying total of 28 weeks atop the country album chart.

The set featured 11 songs, tightly produced to a total of just 35 minutes, but perfectly judged to please the young talent's new-found audience. Perhaps oddly, given that the record's title track remains its all-pervading signature, it was another track - the mid-tempo, contemporary but relatively anonymous 'One Way Ticket (Because I Can)' - that became its one country chart-topper, spending two weeks at no.1 in Christmas 1996.

Even more surprisingly, when the lovelorn piano and pedal steel-fuelled 'Hurt Me' was released as the follow-up to 'Blue', it failed to ignite at country radio. Yet it formed part of the overwhelming collective impact of an album that showcased one of the most characterful new voices of the 1990s, in any genre.

For traditionalists attracted to the record by its title track - who wondered how this new teenage upstart would stack up against the heroes of earlier decades - there was a chance to make a direct comparison. On an undoubtable highlight of the project, the 13-year-old ingenue traded vocals with a true giant of the genre, Eddy Arnold, by then 78, on an update of his 1955 country No.1 'Cattle Call'. It made for a charming Nashville adaptation of the generation game.

As an album, Blue exuded a vocal maturity beyond Rimes' years, be it on ballads like 'Honestly' or upbeat tunes such as 'My Baby', and if not all the songs were keepers, it was admirably freighted with A-list studio artisans. No fewer than four steel guitar players were listed, and there were contributions from such heavyweights as Paul Franklin, Dann Huff, Glenn Worf and John Jorgenson. The record concluded, almost full circle from its flagship hit, with the somewhat Dolly-esque love song 'Fade To Blue'. Far from fading, this was the arrival of a voice that was here to stay.

One final quote illustrates the tangible importance of LeAnn Rimes' arrival. In 2008, I interviewed a certain newcomer called Taylor Swift on her first visit to the UK, who told me how she got started. “I became obsessed with music when I was about six”, she said. “I bought my first LeAnn Rimes album and I was hooked”.