It's on 1971’s Coat Of Many Colors that Dolly Parton's Hall of Fame level talent as a creator and wordsmith emerged. As for the rest of the album, it’s a fascinating journey into how the foundations of her professional streak took shape. 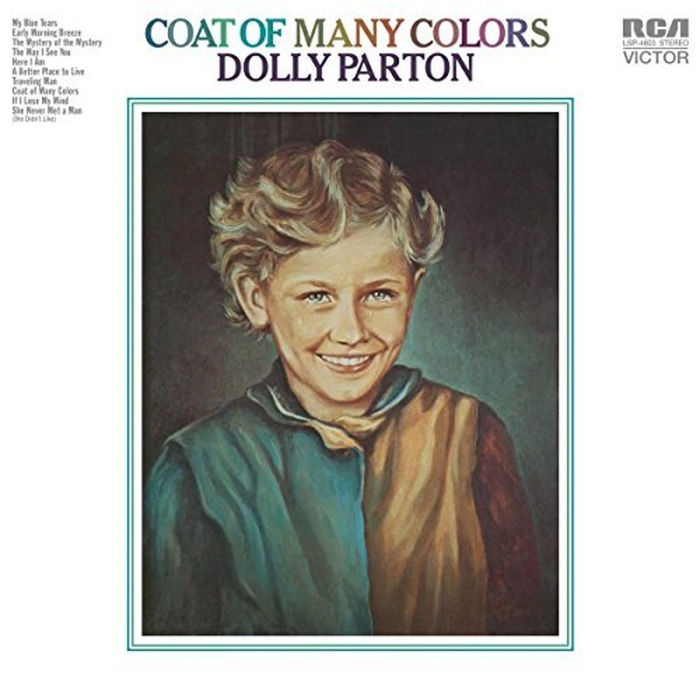 Three years after she released the now five-decades-old Coat Of Many Colors, Dolly Parton released Jolene. The latter album signaled her creative freedom from longtime creative partner Porter Wagoner and her development from being - in the words of music critic Robert Christgau - a “good” to “great” songwriter.

However, it’s on 1971’s Coat Of Many Colors, with its supreme title-track, that her Hall of Fame level talent as a creator and wordsmith emerged. As for the rest of the album, it’s a fascinating journey into how the foundations of Parton’s iconoclastic professional streak take root.

Via this album, the vocalist bucks industry trends and conflates the country music establishment’s expectations for superstar female talent. By stitching together pieces of so many other essential female country stars’ careers - a coat of many colors of sorts - the “not so ‘Dumb Blonde”’s own career began to take shape.

The recording process for Coat of Many Colors began in 1969. It was a dynamic era for country; in the two years prior, Bobbie Gentry had reached number one with ‘Ode To Billy Joe’, Jeannie C. Riley had hit the top of the charts with ‘Harper Valley PTA’ and Loretta Lynn had reached number-one with ‘Fist City’.

This followed a decade where Patsy Cline was country’s favorite female pop vocalist, known for songs like ‘Walking After Midnight’, ‘Crazy’ and ‘I Fall To Pieces’. The dichotomy is apparent. Cline’s lovelorn, milquetoast ballads stand in polar opposition to songs about infidelity, suicide, seduction and ribald displays of commonness.

In between all of that lies Dolly Parton. In being able to miraculously mirror country’s traditional expectations for female artists, while also threading a thin line that only she could navigate between these diametrically opposed inspirations, the magic that became her career that followed took shape.

Foremost, the level of protectionism expected for female artists by country music for the past 60 years must be discussed. This is protectionism in the sense that some sort of insinuated partnership - by wedlock or evident influence - was frequently needed for women to contextualize their creative powers. Loretta Lynn wrote truthfully about the marital indiscretions of her husband, Doolittle. In the era that followed, Tammy Wynette stood by her man, George Jones.

Yes, in 1971, Dolly Parton was still part and parcel - literally paid for, owned, and operated by the star himself - of Porter Wagoner’s weekly televised variety show, too.

At the time, Parton was mirroring artists like Gentry, Riley, and Lynn. 1968 saw Parton release ‘The Bridge’, which chronicles a heartbroken narrator alone, pregnant with a child, contemplating suicide. Rolling Stone highlights the song’s abrupt, unresolved end as “one of the most dramatic, breathtaking finishes to a country song since Bobbie Gentry’s ‘Ode to Billie Joe’”.

In between the inspirations of a man hosting a broadcast television show wanting to tow the conservative line, and in the face of a genre experiencing extraordinary tide shifts in women’s liberation via lyrical choices, lies Coat of Many Colors.

During a time wherein men and women jumping off bridges to their demise was a valid form of popular songwriting expression, something wildly divergent occurs: a song that creates an analogy to the biblical story of Joseph and his Coat of Many Colors by finding an impoverished child being teased for wearing rags, achieves hit status.

But continue listening to the album, just one song further actually; it’s followed by ‘Traveling Man’, a song about how Parton and her mother fall in love with the same traveling salesman. In an unexpected twist, he chooses Parton’s mother instead of her.

From there, the rest of the album plays out like either a schizophrenic journey to appease the very fractured pop-country environment of the era, or a group of well-written songs grouped with no thematic hinge to the album’s title.

‘My Blue Tears’ was the album’s lead single, which plays and sounds like a very traditional late 50s country ballad, something in the wheelhouse of Patsy Cline.

‘Here I Am' was recorded in RCA’s legendary Nashville haunt, Studio B. Like so much of the Vegas-era Elvis that was recorded there, it is a bombastic gospel soul song, layered with a lush, symphonic-style and countrified rock arrangement.

'She Never Met A Man (She Didn’t Like)' smacks of Loretta Lynn’s influence, dripping with the expectation of heartbreak as a dejected spouse watches their husband head out the door for a night of illicit carousing with a floozy at the local dive.

Wagoner’s contributions on the album, like ‘If I Lose My Mind’, feel even more like an antiquated tunesmith grasping at relevance. Sure, it’s a strong tune about a young woman coming back home feeling like “living hell” for likely experiencing the type of “worldly” frights mentioned in songs like Loretta Lynn’s ‘Fist City’. But following material that deviates in every direction from early 60s-era country offers staid sensibilities that don’t fondly reminisce about the past, accurately reflect the present, or positively portend the future.

In total, there’s a bittersweetness that occupies Coat Of Many Colors. Rolling Stone noted that the album sees Parton “trying to wriggle out of her role as a stalwart duet partner and TV sidekick” by “exploring death, betrayal, class, love’s brutality and God’s mysteries with a mix of hard-case country, pop gospel, country-rock and aching folk”.

Asking an album that clocks in at under 40 minutes to accomplish nine unique goals, equally well, is better regarded as a far-fetched hoax instead of a hopeful dream.

But sometimes, an album is great because it teaches an artist about their most vital parts; some of which will soon equate to the sum of their success. In one album, Dolly Parton discovers the awkward center of the Venn diagram - one that was wrapped in the conundrum of “how does country music create sustainable star power for liberal-minded and creatively free female artists?”

Coat Of Many Colors may not be entirely great, but it’s certainly essential. 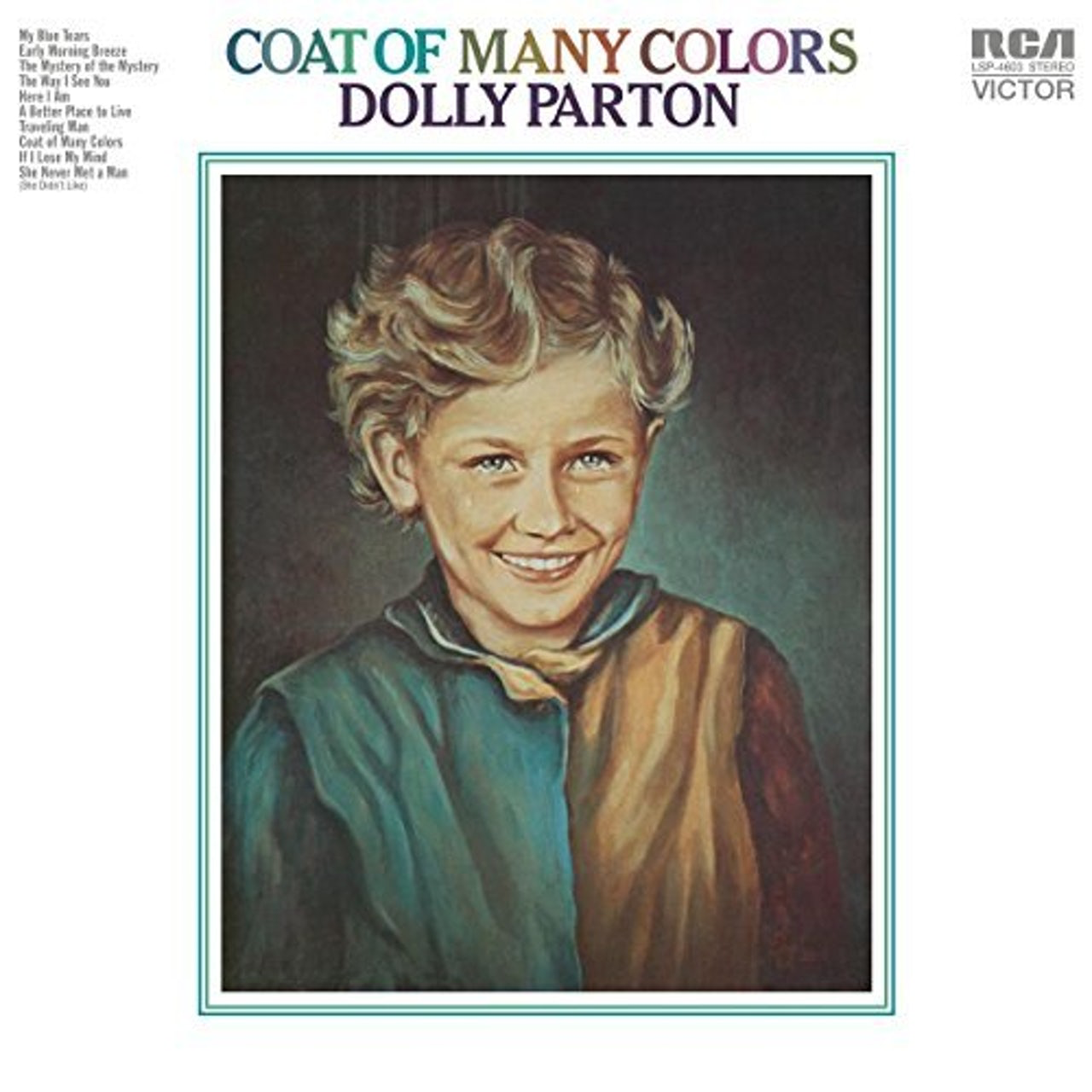