With his sophomore effort Peculiar, Missouri, Willi Carlisle secures his place as one of today’s most captivating storytellers. 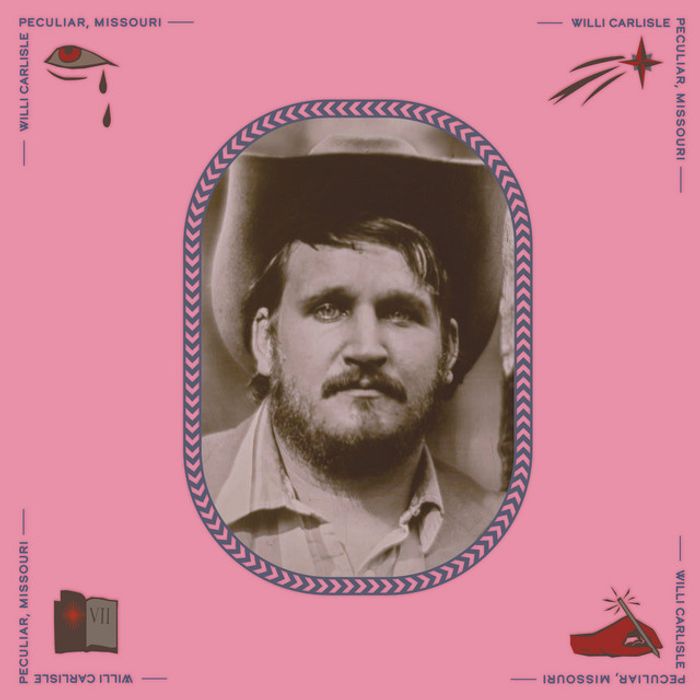 Some gifted lyricists are often so good at their craft that listeners never realize how much skill it takes them to weave their words into songs. Willi Carlisle has that skill in such abundance, however, that it’s hard not to notice.

On his sophomore full-length Peculiar, Missouri, Carlisle reminds us that a great lyric presents poetry as everyday conversation and vice-versa. The album’s 12 songs are rife with moments where deft wordplay comes across as unassumingly as barroom banter.

“Now I’m peein’ in bottles and eatin’ from cans / But you can’t call me homeless ‘cuz I’m livin’ in a van”, he sings as he channels his inner Johnny Cash on the shuffling, steel-guitar-adorned ‘Vanlife’. Meanwhile, the more subdued ‘Tulsa’s Last Magician’ betrays Carlisle's musical past as a punked-turned-folkie (a delicate, slow-paced ballad with a more pointedly righteous vocal, the song could easily have been re-worked as an uptempo punk anthem).

It’s one thing to write lyrics, though; it’s another thing to flesh them out with enough humor, charm and depth that they come alive. On the talking blues-styled title track, for example, Carlisle recounts a panic attack in the middle of a Walmart, this time in a spoken-word cadence that walks the line between knee-slapping satire and provocative social commentary.

Growing up in rural Kansas and Illinois as the 300lb, 6-foot-four captain of the high school football team who was also secretly queer, Carlisle certainly has a wealth of experiences to draw from. What separates Peculiar, Missouri, though, is his ability to assume different perspectives, as if playing the role of various characters.

With the help of producer/Cajun musician Joel Savoy, Carlisle changes-up both his vocal delivery and the underlying musical style from track to track, which makes for a rather colorful mosaic of songs. And while much of the music points backwards in time, Peculiar, Missouri re-frames the mythical American heartland in the context of the present day.

For so many reasons, Carlisle serves as the perfect tour guide for the world he grew up in. Peculiar, Missouri secures his place as one of today’s most captivating storytellers.

Peculiar, Missouri is out now via Free Dirt Records.