Wilco come home to their alt-country roots - sort of - with a surprise double album of intimate group performances steeped in reflections on America.

Back in 1990, the release of Uncle Tupelo’s landmark debut album No Depression forever stamped Jeff Tweedy as an alt-country icon. He’s been uncomfortable with the tag ever since. When the group broke up in 1994, Tweedy formed Wilco with what was left of the old lineup, embarking on a breathtaking creative streak that’s shown no signs of diminishing since. Now, decades later, with their new double album Cruel Country, Wilco come home to their roots... sort of.

In a lengthy essay published alongside the record's announcement, Tweedy makes it abundantly clear that the style of the new material marks a self-conscious nod back to the band’s early history. “In the past,” he writes, “it was always valuable and liberating for us to steer clear of the ‘country’ moniker. But now, we’re finding it exhilarating to free ourselves within the form and embrace the simple limitation of calling the music we’re making ‘country.’”

Looking back at Tweedy’s drawling vocals in Uncle Tupelo, it’s hard to avoid the sense that he and his then-bandmates were play-acting, as if they associated country music with mythical hillbillies and cowboys more than with actual people. Yes, Uncle Tupelo hailed from America’s heartland, but they were clearly looking at country music from a perspective that made them seem like musical tourists.

On the other hand, the movement they were credited with spearheading represented their generation’s sincere attempt to connect with roots music on more than just a superficial level. Crucially, most of Wilco’s voyages into the country/roots realm have been devoid of his earlier affectations.

So it’s quite surprising to discover that Tweedy still sees country music across a gulf of understanding he apparently has yet to cross. “I feel a responsibility,” he writes, “to investigate the mirrored problematic natures” of both country music and “the country where I was born”. While Tweedy also expresses appreciation for country music as a medium that’s “designed to aim squarely at the low-hanging fruit of the truth,” his presumption that country is any more “problematic” than other genres comes off as ill-considered and condescending.

Despite having traversed the United States for the last three decades, certain Cruel Country lyrics suggest that Tweedy still harbors a one-dimensional view of who Americans actually are. “There is no middle when the other side / would rather kill than compromise,” he sings over the gentle guitar strum that drives ‘Hints’.

On the title track, he sings, “I love my country / stupid and cruel / red, white and blue” over a woodblock sound that mimics the leisurely clomp of horse hooves. Clearly, the woodblock is meant to wink at the audience, but it’s hard to tell whether they’re poking fun at country clichés — or at themselves. The distinction matters, because if they see this music as a kind of truck-stop tchotchke, then they undercut the fine embroidery of sounds they create on these new songs.

To be fair, it’s unclear just how literally Tweedy intends for the aforementioned lyrics to be taken. Moreover, ‘Hints’ and ‘Cruel Country’ are the only two songs where he offers anything approaching overt political commentary. On ‘Ambulance’, he sings of a drug addict who gets pronounced dead at the scene, only to make a priest “piss his pants” when the addict regains consciousness and says hello. And on the songs ‘Many Worlds’ and ‘The Universe’, Tweedy strives to find universal ground in his concerns, zooming out from his reflections on America and pointing his gaze towards something higher.

All of which is to say that Tweedy gets out of his own way and avoids overburdening Cruel Country with pedantic rhetoric. As a songwriter of near-unparalleled skill and seasoning, Tweedy manages to make Cruel Country an enchanting listen even for those who see a very different America than he does.

Having played together for the last 18 years, this Wilco line-up could never be accused of being short on musicianship or chemistry. For the most part, Cruel Country consists of complete takes of the entire band playing in one room. There are times when the comfort between the musicians muffles the passion in Tweedy’s search for answers, but the live-in-the-studio element fosters a sense of imperfection and risk that serves the album’s themes rather nicely.

Ultimately, Wilco are to be commended for delivering a patient, mature record that ponders difficult matters in an adult tone of voice. Whatever Jeff Tweedy’s biases are, all of us are just as biased as he is — what’s important is how we carry those biases. In its own way, Cruel Country hints at the possibility that we can have fraught conversations and be graceful about it.

Is it actually “country music”? If the question even matters at this point, the beauty here is that Wilco have left that question unanswered, with the door just as open to interpretation as it was in the beginning.

Cruel Country is out 27th May on dBpm Records. You can purchase the record from Holler's selected partners below: 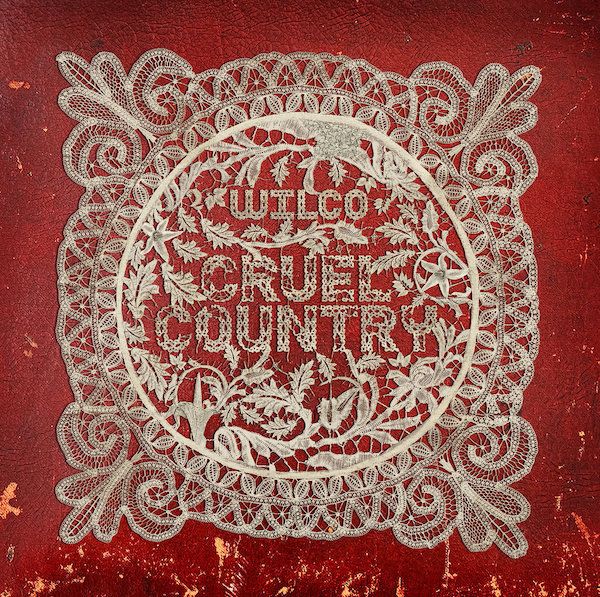