Waxahatchee’s fifth album Saint Cloud is a move towards clarity and personal power. 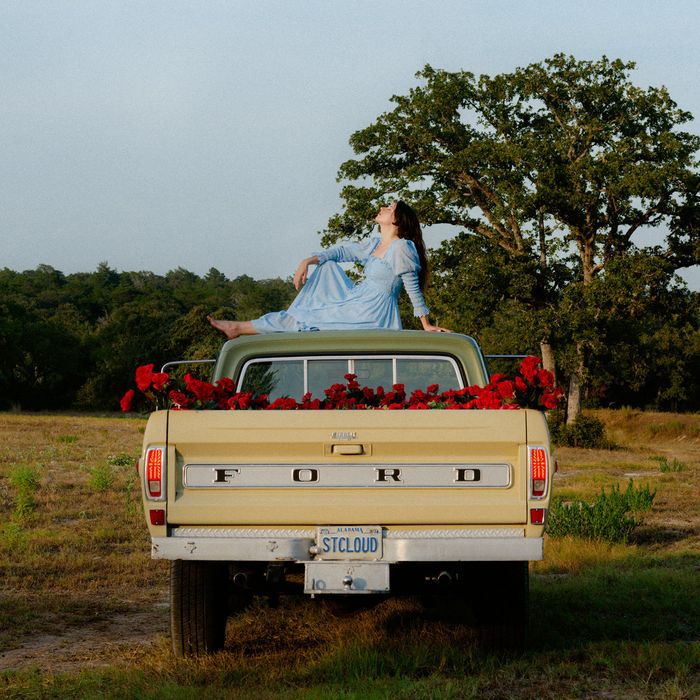 There’s a predominant school of thought about getting-sober stories that suggests they have to involve some drama. A person crashes to rock bottom courtesy of some big, life-altering catalyst, and the redemption is just as fraught and publicly visible as the fall. But the reality of recovery is often a lot more subtle and personal than that, which Waxahatchee’s Katie Crutchfield tenderly explores on her fifth studio album, Saint Cloud.

It’s a more organic and country-leaning musical sound that Crutchfield wanders towards on this album, as opposed to previous rockier efforts like 2017’s Out in the Storm. For the Birmingham, Alabama native, that musical shift is a comfortable one, and feels like coming home. Crutchfield explained that the album’s title is a nod to her father’s hometown of St. Cloud, Florida. “Because a lot of this music -- the old country music -- that’s my parents’ music,” she notes.

Lucinda Williams was a major influence for Crutchfield on this project, and you can hear notes of other alt-country female greats in her voice, too, like Gillian Welch, Emmylou Harris and Iris Dement. Not just in terms of the vocal resemblance: Crutchfield’s songs also manage to strike a delicate balance between anger and temperance, old habits and growth, that we’ve heard in songs like Dement’s ‘Wasteland of the Free’ and Williams’ ‘Car Wheels on a Gravel Road’.

Like these singer-songwriter greats before her, Crutchfield sings about struggles and successes that take place primarily inside her own head on Saint Cloud. She spells it out loud and clear on stand-out track ‘War’, a cathartic declaration of independence that shows up in the latter half of the album. “But I mostly keep to myself / What I’m going through / I’m in a war with myself / It’s got nothing to do with you,” she sings, repeating the final phrase in the chorus of the song.

Repetition plays a subtle but powerful role on this album. Often, a song’s most important phrase or musical moment comes back again and again over the course of the track, each time more confident and clear. The resulting effect is growth and maturity not through a steep jump, but instead through a concentric spiral. It’s a quiet progression from one phase in life to another, which might play out on a stage for public view, but mostly happens internally, privately and through finding power in oneself.

That power applies to lots of things over the course of Saint Cloud. It represents the calm and clarity of new sobriety, and a reinvigorated charge towards pursuing good work without the distracting haze of intoxication. It represents a deepening of roots, with Crutchfield digging her heels into the musical influences that have been under the surface of her work all along. Overarchingly, it represents maturity. In this record cycle, Crutchfield’s grip on who she is as an artist - and her comfort in where she comes from - is surer and more confident than ever.