Former Textone Carla Olson and an all-star cast of contributors bring the seminal sounds of the American West to full fruition. 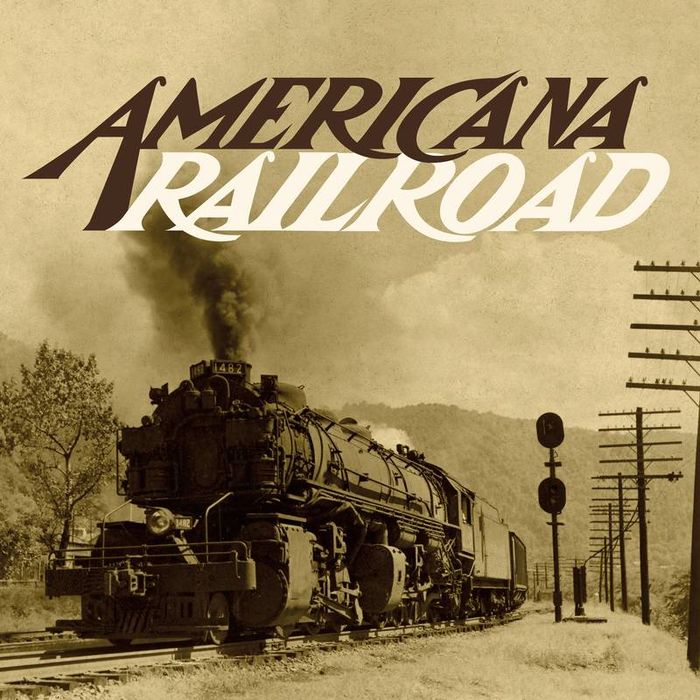 Even now, the sound of a lonesome train whistle is indelibly inscribed within the aural imprint of the American West. Consequently, Carla Olson and her husband, manager and producer Saul Davis, clearly had the inspiration for creating a set of songs that shared their fascination with the railroads that crisscrossed the mountains, deserts, prairies and plains of America’s far-flung frontiers.

Given her past tenure as one of the founders of the late ‘70s outfit The Textones, and her later efforts alongside the late Gene Clark, Olson was clearly equipped to oversee this venture. So too, the artists she assembled - John Fogerty, Dave Alvin, Rocky Burnette, Dom Flemons, Stephen McCarthy, Peter Case, Paul Burch, Fats Kaplan, Gary Myrick, Robert Rex Waller Jr.,andJames Intveld chief among them - testify to her credence. The names on the marquee are impressive indeed, and some, such as Fogerty, Burnette, ex Byrds bassist John York and Gene Clark’s son Kai, have roots that go back to Americana’s origins.

A better blend of history and happenstance would be hard to find.

That said, this isn’t simply a collection seeped in nostalgia. While familiarity certainly factors into the mix — there are plenty of obvious choices after all, including ‘Mystery Train,’ ‘This Train,’ ‘500 Miles,’ ’Marrakesh Express’ and, of course ‘City of New Orleans’ —- the treatments mostly rock with a resilience that belies any attempt at a tender touch. Myrick’s tenacious ‘Train Kept A’ Rollin’ offers one example, while Olson’s collaboration with Paul McCartney sideman Brian Ray on Procol Harum’s thundering 'Whiskey Train' offers another.

On the other hand, Fogerty’s amiable approach to ‘City Of New Orleans’ is bathed in a sweetness and sincerity that gives it a certain personal perspective. So too, Alvin’s quietly compelling ‘Southwest Chief’ serves as a metaphor for the fleeting nature of time itself. Robert Rex Waller Jr.’s stirring ‘Midnight Rail’ accomplishes much the same.

A rare original, Flemons’ ‘Steel Pony Blues’ is particularly poignant. Inspired by the true story of an ex-slave and Pullman porter Nat Love, it offers a metaphor about the powers of perseverance when it comes to a search for salvation.

The other artists take an equally incisive approach. Burnette’s perfectly positioned to give ‘Mystery Train’ the rough and tumble treatment it calls for. Dustbowl Revival convey the effusive energy that characterized CSN’s ‘Marrakesh Express,’ albeit with some brassy embellishment. Kai Clark does justice to his dad’s classic ‘Train Leaves Here This Morning’ (one of two Gene Clark compositions included here) with a rich baritone that sounds like the elder Clark incarnate.

According to Olson herself, her inspiration for the project was borne from childhood memories of walking along a railroad track on her way home from school and hearing the distant whistle of locomotives echo late into the night. “For some, the call was a way to escape small town blues, for others thoughts of exotic destinations lured many to hop a freight and disappear over the horizon,” she’s quoted as saying, and indeed, those observations bring the entire effort into focus.

A magnificent collection by any measure, Americana Railroad invites its listeners to hop onboard.

Americana Railroad is out now via Renew/BMG

A Guide To: Gram Parsons