First Agnostic Church of Hope and Wonder is a rebirth for Todd Snider. It’s not so common for an artist to change direction 18 albums in, but then there’s really nothing that common about Snider’s new release. 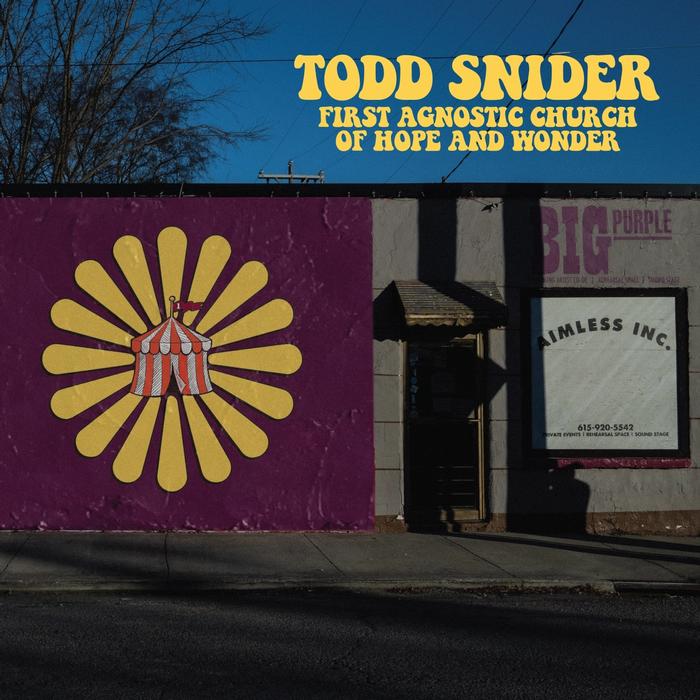 The attitude of the record hits straight off the bat thanks to the staggering drum beat of ‘Turn Me Loose (I’ll Never Be The Same)’, where Snider’s raw vocals enter through an ode to Col. Bruce Hampton. His influence from Parliament is also instantly noticeable, with a bass line that’d make even Bootsy Collins proud. ‘The Get Together’, an anti-establishment track, has rough swagger with an around-the-campfire type call and response, pushing the record’s theme of community (alongside a distinctive James Brown-esque scream). ‘Never Let A Day Go By’and ‘That Great Pacific Garbage Patch’keep the groove rolling, the former with layered vocals and acting as a good foot-stomping tune, the latter an eco-warrior number that could well be played in a school to teach kids about the dark side of plastic. There’s a slowed down middle section of the record; ‘Handsome John’ is a rough ballad dedicated to the late great John Prine that’s reminiscent of Tom Waits (appropriate considering Tchad Blake’s work on the record) or Nebraska-era Springsteen, followed by ‘Sale On My Friend’, a bluegrass motivated song of positivity.

‘Battle Hymn of the Album’, marks what feels like the second half of the record. There’s a transparent influence from the golden era of hip-hop as Snider further plays with the call and response found earlier in the record. “Now You’re Preaching To The Shit House Choir” he sings on ‘Stoner Yodel Number One’, a song that personifies his First Agnostic Church. The closing numbers cement the preacher concept; Snider is taking the message from his congregation to his God, one cold beer at a time.

Snider has a sleaze that might only be found in Memphis. First Agnostic Church of Hope and Wonder sounds like a drunken swagger through a dive bar, being held together purely by good musicianship. Despite it being a long time coming, Snider has full intention to make the album sound so quirky whilst remaining so bound with precision and exactness. It’s Todd Snider sounding in his element.