Everywhere would spark the beginning of a golden era for McGraw, laying the foundations for a truly remarkable career. 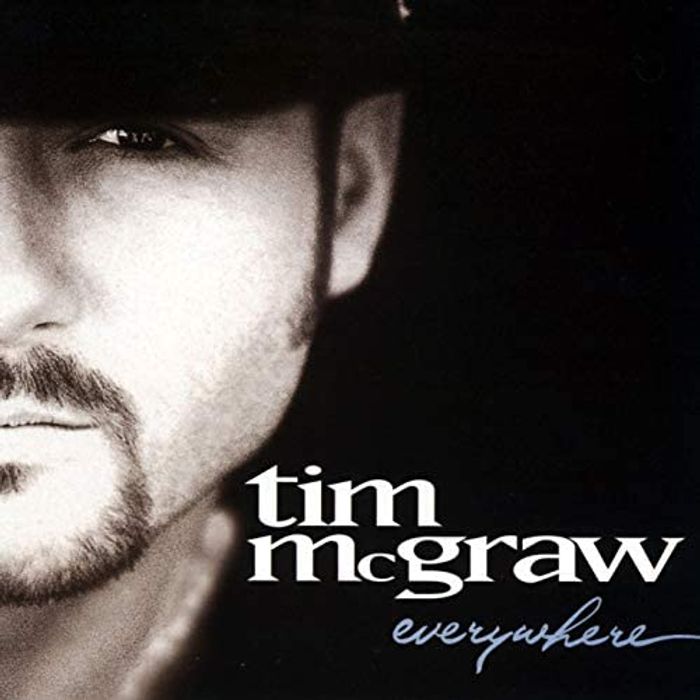 Looking back, the mid-to-late 90s provided the bridge between the traditional country music of the time and the country-pop sounds that dominate the airwaves today. It was a decade that saw a boom in new listenership for the genre - Trisha Yearwood and LeAnn Rimes found huge success, earning the same sort of rotation across radio as heavyweights George Strait and Alan Jackson. As the 80s had given birth to the neo-traditional country sound, the genre was still saturated with copy-cat artists, even 10 years on. It’s unquestionable that Tim McGraw’s first three albums were certainly of that vein – and while two of those were highly successful, country chart-topping records, the Louisiana-native had a long way to go to prove he wasn’t just another 90’s hat-act.

In 1996, McGraw went out on the road for his Spontaneous Combustion tour. Hit singles ‘Indian Outlaw’ and ‘All I Want is a Life’ would blast out in stadiums across the US, while a certain rising Mississippi artist named Faith Hill would play support. The tour - the biggest selling of that year - would change his life and career. McGraw and Hill’s friendship would blossom, with the pair marrying in the October of that year. It also became the catalyst for his music. The hottest celebrity couple welcomed their first child in the first half of 1997, whilst George Strait was topping the charts with ‘Carrying Your Love with Me’. With a full heart and a new family, McGraw was ready to release his own chart-topping love song into the world. Though his previous formula was clearly working, McGraw aspired to reach a new audience. He dropped the neo-traditional sound of ‘All I Want’ and instead crossed over into the world of country-pop with Everywhere.

Everywhere is that carefree, honeymoon album we’ve all searched for at that moment when a whirlwind romance takes form. Despite not having a writing credit on the record, it feels like a snapshot of where McGraw was in his personal life at the time. The first single truly embraced the intertwining of his private life with the professional - as if it hadn’t already. ‘It’s Your Love’ was the first duet of many that the newlyweds would sing, and it would make a promising start; spending six weeks atop the country chart, breaking a 20-year record. Yet what was telling was how it crossed over so seamlessly into the mainstream – breaking the top 10 of the Hot 100 chart while also winning four ACM Awards, including Song of the Year. Such a restrained arrangement allowed room for the chemistry between the two vocalists to ignite - the lyrics, simple yet succinct, felt like an intimate glimpse into the couple’s relationship; “Dancing in the dark / middle of the night / taking your heart / and holding it tight”.

Such stages of falling in love are not all matched by a slow-dance or ballad. The up-tempo ‘Just To See You Smile’ demonstrates the joy and devotion to a soulmate - the playful, banjo-orientated arrangement, flanked by acoustic guitar and pedal steel, giving the song a bounce that captures the excitement and warmth McGraw feels. “Just to see you smile / I’d do anything that you wanted me to / when all is said and done / I’d never count the cost / it’s worth all that's lost / just to see you smile”. With hooks that instantly got stuck in your head, McGraw was picking out pop melodies and dousing them in his country roots, making his sound appeal to the desired mainstream whilst ultimately staying true to himself.

With Everywhere, McGraw tapped deeper into his emotional side - demonstrating a maturity with his subject matter as if the boy had become a man. On ‘One Of These Days, the protagonist looks back on past mistakes and the hurt he caused. It touches upon the theme of faith, without coming across as preachy, developing into what’s widely considered to be one of McGraw’s finest ballads. Whilst the title track explores the other side of love, it still stands as a lyrical masterpiece, one carefully crafted by Mike Reid and Craig Wiseman. The lyrics ooze with hope - despite the sad undertones of a lover not being there - yet what hits home is the acceptance of the decisions they both made; ‘Cause you and I made our choices / all those years ago’. The state-to-state fan service provided through the lyrics undoubtedly aided in the song’s universal appeal, but who can you blame – it would cement itself in McGraw’s setlists for years after.

The numbers this produced speak for themselves - grabbing four no.1 singles and selling over four million copies in the process. But, perhaps most importantly, it solidified Tim McGraw’s place within country music - demonstrating his ability to move with an ever-changing scene. Fans would fall in love with Tim and Faith as they became country royalty, all off the back of one tour and one duet that paved the way for so many to follow. It sparked the beginning of a golden era for McGraw, laying the foundations for a truly remarkable career.