While there is no denying the musical parallels between TWB and their inspiration, The Band, the bulk of Shines Like Gold’s rugged Americana exudes enough unique qualities to show they can rest on their own merits. 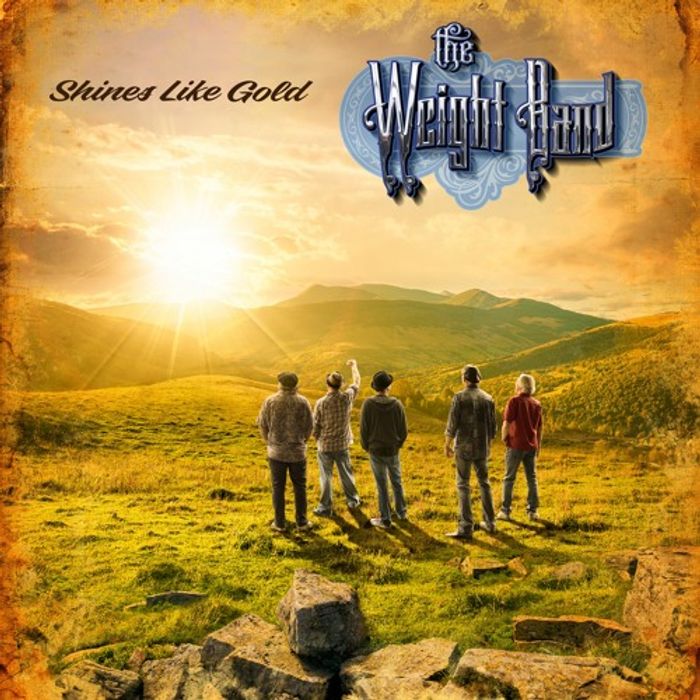 It’s unfair to expect The Weight Band’s music to rise to, let alone excel, that of its obvious inspiration, The Band. Still, the outfit’s name - derived from the legendary quintet’s iconic song - and their connection to that renowned group make it impossible to ignore the two acts’ artistic and sonic similarities.

Both of The Weight Band’s frontmen have direct affiliations to The Band - guitarist Jim Weider and producer/songwriter Colin Linden were both members of the post-Robbie Robertson version of the group from 1995-2000, while Keyboardist/singer/songwriter Brian Mitchell collaborated with Levon Helm’s Midnight Ramble crew. With this weighty (pun intended) history, these guys can crank out near-perfect versions of Robbie Robertson’s material in their sleep.

That may work for a few choice moments in concert, but The Weight Band’s talents extend deeper than just copying tracks already made famous by their predecessors. TWB’s 2018 debut featured a few Band/Dylan-penned selections yet, on this second studio album, they smartly decided to write and perform almost all originals (the closing Willie Dixon track the lone exception).

While there is no denying the musical parallels between the two – even down to replicating The Band’s multi-instrumental configuration - the bulk of Shines Like Gold’s rugged Americana exudes enough unique qualities to make TWB an impressive group who can rest on their own merits.

It helps that both Mitchell and Weider are above average songsmiths. They are comfortable with writing worthy, often haunting tunes such as the folksy ‘Long Journey’, with its lyrics of perseverance in “sometimes the sky will cry / then the sun appears again”.

There are some Tom Petty arrows in TWB’s quiver which they utilize on the chugging mid-tempo ‘Time Is a Thief’, as they sing about taking advantage of the moment: “You can hide in the woods, or on the resort / But the grains in the hourglass can’t be bought”.

It’s unlikely another musical combo will appear to challenge The Band’s distinctive blend of Robertson’s superior songs. But that’s not to say others shouldn’t give it a go. With the robust Shines Like Gold, The Weight Band deserve credit for getting at least part of the way there.