Alabama duo Laura and Lydia Rogers channel soul straight from the heart on their fourth album - one full of celestial, hypnotic goodness. 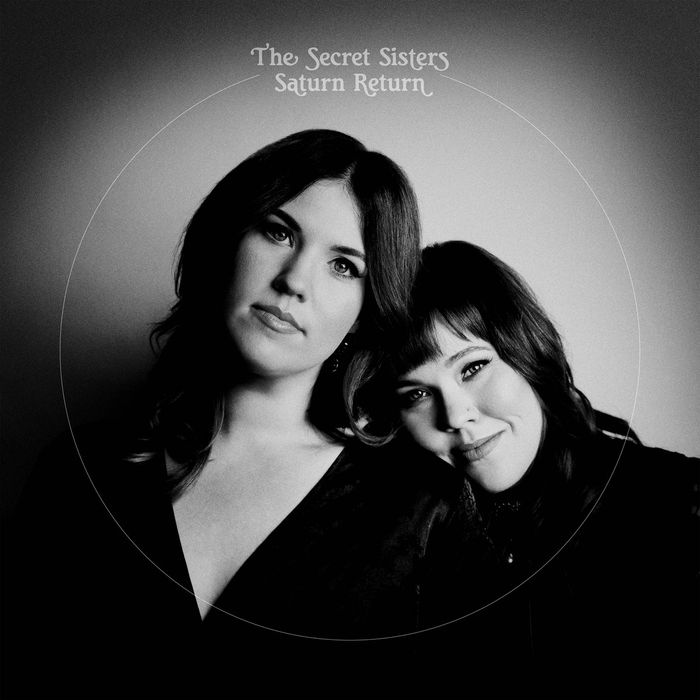 On their fourth studio album, the celestial Saturn Return, sister tandem The Secret Sisters offer their finest and most seasoned collection of songs and stories in their now decade-long career. Like its predecessor, the dark and deep You Don’t Own Me Anymore, Laura and Lydia Rogers once again recorded with co-producers Brandi Carlile and the Hanseroth twins, Phil and Tim, for a stellar and satisfying follow-up.

While much of Saturn Return sees Laura and Lydia processing grief (both their grandmothers passed away one week apart) and chronicling heartache and insecurities, there’s an endearing spirit of resilience at Saturn Return’s hearty core. It’s perhaps the bookends ‘Silver’ and ‘Healer in the Sky’ that capture its ethos best. All too often in society - especially in pop culture and undoubtedly disproportionately at women--we cast aside those who begin to show signs of ageing. “Look upon your mother and the silver in her hair. Consider it a crown the holiest may wear,” they sing in unison on the jangling opener “Silver.” There’s nothing quite as soothing and goosebump-inducing as when their crystalline vocals are paired.

Still, it’s when those tender, merciful vocals feel that they’re on the verge of tears that they remain unrivalled - as they do in the closing moments of the aforementioned ‘Healer in the Sky’. Its hymnal nature blossoms, builds, and crescendos as they sing lines like the reassuring “when my candle burns out / you will be alright / because I know there’s a healer in the sky”. They’re worthy testaments and tributes to their late grandmothers. Still, it says just as much about Laura and Lydia’s own character as those who walked before them. The pop-savvy ‘Hand Over My Heart’ is sugary sweet, with timely handclaps and an infectious gleaming synth that snakes its way throughout. The country warbling ‘Tin Can Angel’ is a dreamy waltz that effortlessly sways to and fro’, offering one of Saturn Return’s most dynamic moments.

On the Carole King-esque ‘Late Bloomer’, a Lydia-penned soulful number, they again exhibit a resilient spirit during uncertain and trying times - this time about fertility and motherhood. “It doesn’t matter when you bloom, it matters that you do,” she sings on the reassuring anthem. It’s where they shine brightest. Over much of Saturn Return, they show that strength and courage often go hand in hand with vulnerability, intimacy, and grief.