There's a depth of honesty, sensitivity and integrity to Introducing... The Pink Stones that few debut releases have the capacity or courage to display. The Pink Stones aren’t trying to reinvent the cosmic American music wheel, just get behind it and drive for a while. Come along and enjoy the ride. 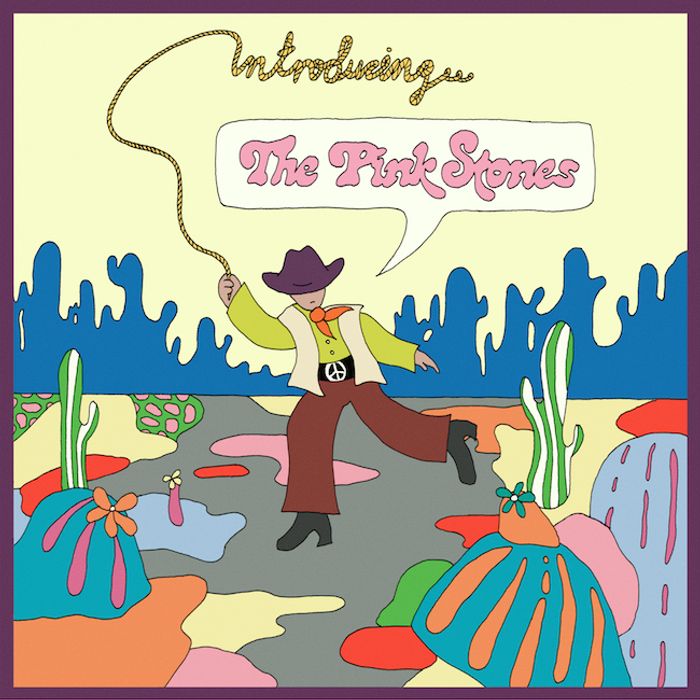 Gram Parsons steered away from the genre name "country rock" for the rustic sound of the Flying Burrito Brothers and his solo releases, preferring the far more provocative, less explicit "cosmic American music". The Pink Stones - whose debut is heavily indebted to Parsons' brand of strum and twang - also refer to that now renowned phrase to capture the true essence of their sound.

The Athens, GA six-piece, led by songwriter/ guitarist frontman Hunter Pinkston adds Harvest-era Neil Young, Poco, New Riders of the Purple Sage and Jayhawks to the equation for a pensive, bittersweet walk along the Americana path. Initially, there isn’t much to distinguish The Pink Stones from their obvious influences. But repeated listening reveals a depth of honesty, sensitivity and integrity in the songwriting - especially in Pinkston’s wistful voice and meditative lyrics - that few debut releases have the capacity or courage to display.

Opening with a dreamy, folk-country vibe along with a sweet, memorable chorus and John Neff’s floating pedal steel, ‘Blueberry Dream’ sets the tone for the remaining nine songs, most of which follow a comparable blueprint. A few honky-tonking foot-tappers such as ‘Barroom Blues’ and the wittily titled ‘Miss Wind Turbine’ ratchet up the energy, but these Stones are content to stroll rather than roll.

There’s a soulful/ bluesy side to Introducing… The Pink Stones too, in particular on ‘Love Me Hardly’, propelled by sturdy bass and a sunshine shuffle, where Pinkston laments for a lost romance; “I’m still right here waiting/ But I can’t wait forever”. The mood shifts to countrypolitan on the John Prine-meets-George Jones styled ‘Let’s Sit Down’, as Will Anderson’s barroom piano takes the lead. And while ‘Sweat Me Out’ hews awfully close to Young territory - especially when Pinkston blows trembling harmonica so similar to Neil’s that you might think he’s an uncredited guest - most of Introducing… marinates naturally in its rootsy folk-country juices.

It’s the leisurely flow of tracks such as ‘Put Me On’, which floats like a warm spring breeze, and the reflective ‘Nothin’ New’ that provides The Pink Stones with their charming, often captivating approach. They may be fronted by Pinkston, but the tunes are credited to the entire collective. These beautifully crafted and generally restrained performances click due to the contributions of all six musicians. Like the Burritos, each member is integral to the whole.

A sense of camaraderie, one where every instrument combines to make each selection freely coalesce without anyone hogging the spotlight, achieves a Band-like cohesiveness most new outfits can’t pull off with subtlety or credibility. Kudos to producer Henry Barbe (who also contributes guitar and percussion) for capturing these guys in such an organic, easygoing setting. Push play and it seems like these guys are in your living room, unfurling their material with enough red wine to last the night.

So turn the lights down low, sink into an easy chair and share some quality time with one of the sweetest, most enjoyable Gram Parsons-inspired releases of the recent past. The Pink Stones aren’t trying to reinvent the cosmic American music wheel, just get behind it and drive for a while. Come along and enjoy the ride.