The Felice Brothers – From Dreams To Dust

“Music is a medicine. It can make our time on the planet a little more enjoyable”, Ian Felice of the Felice Brothers said. Their new record, From Dreams To Dust, succeeds in doing precisely that. 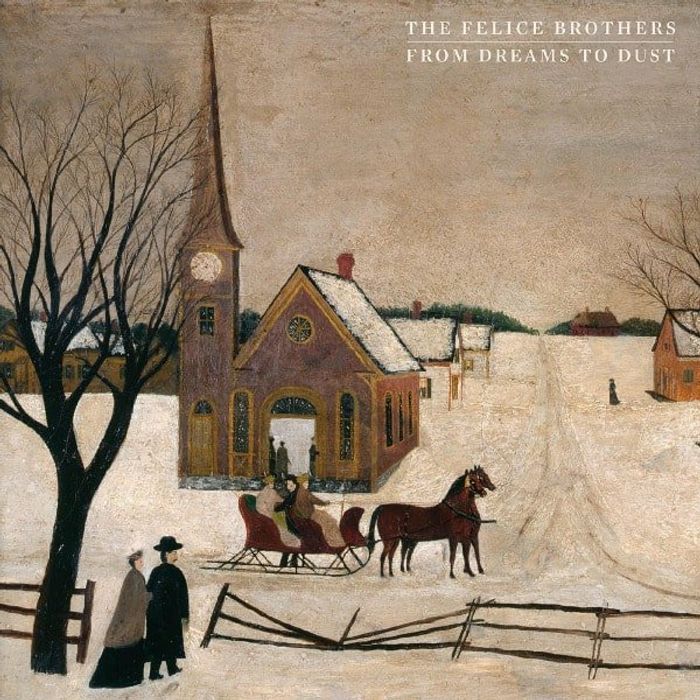 “Music is medicine. It can make our time on the planet a little more enjoyable”, Ian Felice of the Felice Brothers said. Their new record, From Dreams To Dust, succeeds in doing precisely that.

The brothers - Ian and James - are clearly having loads of fun on this, their eighth studio album. They’ve also created something of a sonic marvel by recording in the 1873 church in Harlemville, New York that Ian has been renovating, earning a sensual whoosh that ripples and crackles across their rich Americana and jazzy improvisation.

Opening number ‘Jazz on the Autobahn’ immediately plunges us into the album’s unique world, Ian’s natural phrasing and half-spoken delivery coming over like Lou Reed or David Byrne. He clearly relishes his storytelling, as the warm, woozy trumpet, echoing chorus and brother James’ repetitive piano give buoyancy and atmosphere to his philosophical musings.

Who doesn’t love a list song – from Billy Joel’s ‘We Didn’t Start The Fire’ to REM’s ‘It’s The End Of The World As We Know It’ – and we can now add ‘To-Do List’. The brothers’ own humorous, endless bucket-list of things to do includes “befriend an unfortunate lunatic” and “fall in an orchestra pit”, but also more thoughtful suggestions like “find out what’s killing the bees” and “proclaim a lasting peace”.

There’s more beauty in the nostalgic ‘Land Of Yesterdays’ with its layers of sound and cymbal shimmer, yet feeling instantly familiar, which is quite a knack. Featuring some lovely, at times this moves in a slower, Flaming Lips direction.

Poetic wordplay runs across the record. On ‘Money Talks’, even as Ian throws light onto awful sights and a trail of destruction from rampant global capitalism, he savours the words and rhythms. Meanwhile, a cinematic and unsettling mood builds through a monstrous, disembodied voice, eerie strings and spacey keyboard.

Once again, there’s a lovely atmosphere from the old church studio as a backdrop to ‘Silverfish’, where James’ piano chords mimic brother Ian’s vocal phrasing, making almost real-time observations. There’s a compulsion to “do something”, but the lazy, slow pace makes this seem highly unlikely.

Imagery swirls around ‘Inferno’ with its slight Celtic lilt over walls of harmony as Ian sings of trying to make sense of why some memories persist. This pairs neatly with ‘Celebrity X’, targeting a superficial circle of endlessly glossy and empty celebrities, with Dylan-esque singing and an arrangement with echoes of Mercury Rev in a looser, more acoustic vibe.

The entire record reflects the Felice Brothers’ jaundiced, but nonetheless hopeful view of the world, and aptly climaxes with ‘We Shall Live Again’. They’re looking to the future for a glimmer of hope. Running to an epic, eight minutes in length, maybe this song – and the album – is their 21st Century version of ‘Will The Circle Be Unbroken’, with arms linked and aloft, defiant as the ship goes down… 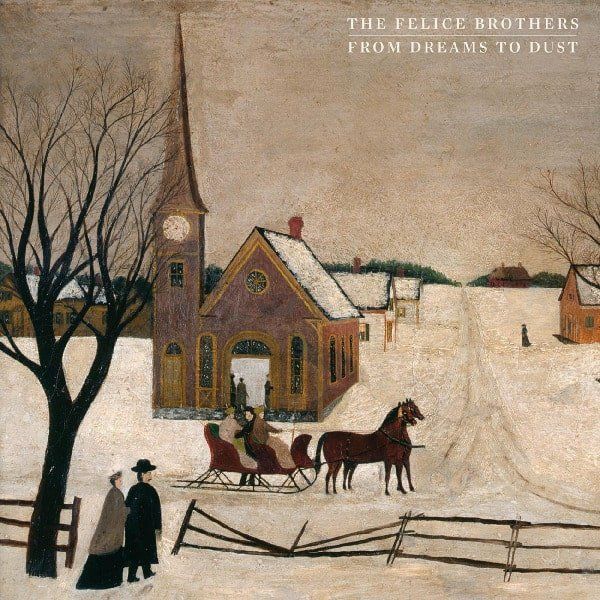