No matter how often you have heard some of the popular tracks included here, they never seem dated or passé. It’s impossible to compare this unique, enduring music to any other act of their time or later. 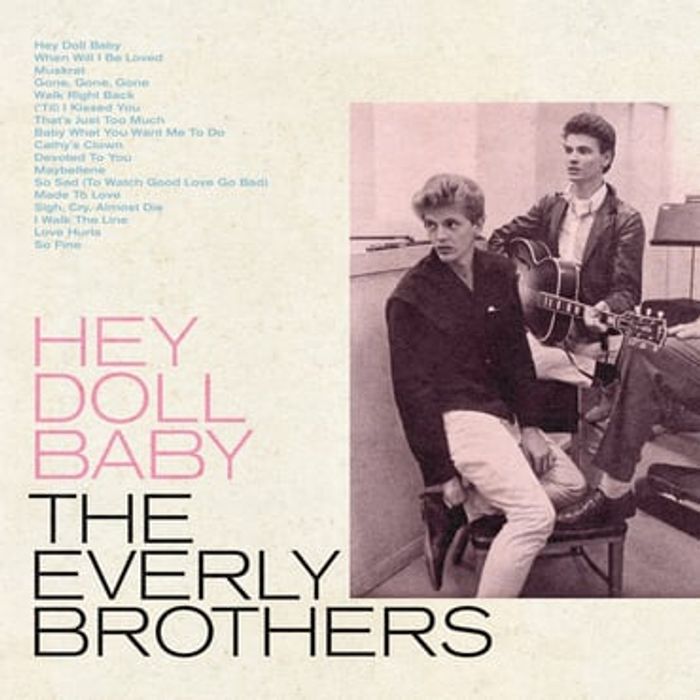 It’s always worthwhile to reach back and explore the origins of the genre now known as Americana. While plenty of artists are credited with creating music fitting that general description, few are as essential to the roots of rock and roll as The Everly Brothers.

Dozens of artists over the decades have hailed Don and Phil Everly as indispensable influences on their own iconic music. They are led by Simon & Garfunkel (who invited them to open their 2003 reunion tour), Paul McCartney and, more specifically to this release, Tom Petty.

His daughter Adria is the producer and co-compiler of the friskily titled Hey Doll Baby, a vinyl-only collection of the Everlys’ more obscure, generally rockabilly based, music. She explains in the notes her dad’s fanaticism of the group as he voraciously consumed everything he could find about their life and art. It was that passion of her father that led to this assemblage.

The younger Petty worked closely with the surviving Everly family and even Don on the project. Unfortunately, he passed before seeing its appearance, making this notable as the last venture in his storied career. Meanwhile, Phil’s son Jason provides the short yet informative notes on each of the 17 selections.

No matter how often you have heard some of the popular tracks included here - ‘When Will I Be Loved’, ‘Love Hurts’, ‘Cathy’s Clown’ or the exquisite, heartbroken ballad ‘So Sad (To Watch Good Love Go Bad)’ - they never seem dated or passé. The achingly beautiful, haunting harmonies are so meticulously crafted it seems like one divine voice singing.

No Pro Tools, pitch-shifting or fancy pants production flourishes needed with these two, just pure unadulterated vocal talent and a ton of rehearsing. It’s impossible to compare this unique, enduring music to any other act of their time or later, although contemporary outfits like the wonderful Cactus Blossoms and the Milk Carton Kids make valiant attempts.

While nothing here is a previously unheard rarity, there are plenty of song selection surprises. Ever wonder what Johnny Cash’s ‘I Walk the Line’ would sound like with the EB touch? How about the twosome going straight blues with a cover of Jimmy Reed’s ‘Baby What You Want Me to Do’ or Chuck Berry’s ‘Maybellene’? All present and accounted for.

Even with arrangements that don’t stray far from the originals, they become Everly Brothers’ songs. The title tune is a fun, frothy rockabilly whirl and with spirited takes on Merle Travis’ ‘Muskrat’ along with ‘Gone, Gone, Gone’ (covered by Robert Plant and Alison Krauss on their 2003 debut), we hear how strong Bo Diddley’s influence was.

Let’s leave the question of whether the world needs yet another Everly Brothers compilation (especially one that doesn’t include anything that isn’t easily available to stream), for another time. For now, we can thank Adria Petty for her determination to revive this timeless music by dropping the needle in the groove and rejoicing in songs that sound as fresh, vital and distinctive today as when they were first released over 60 years ago.

Hey Doll Baby is out on Friday 22nd April via Warner Records. You can purchase the record from Holler's selected partners below: 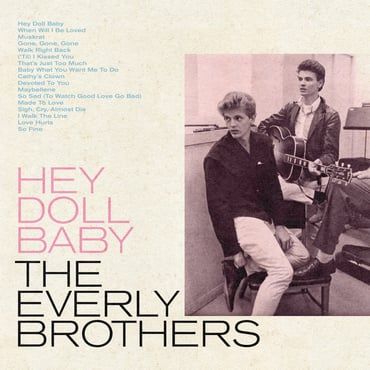