Aside from their somewhat foreboding handle, Canada’s Dead South boast a decidedly unusual image. With their wide-brimmed hats, suspenders, string ties and long black coats they look like a cross between old country Quakers and the last gunfighters to survive the shootout at the O.K Corral.

Of course, that’s all in keeping with the niche they’ve established as archival auteurs, wholly devoted to maintaining a rootsy regimen within contemporary confines. It’s a style that’s served them well, bringing them two Juno Awards, both for Traditional Album of the Year.

The idea that The Dead South have a somewhat insurgent attitude is mooted by the fact that the latest releases, Easy Listening for Jerks Parts 1 and 2 - two EPs featuring an array of (mostly) vintage country covers - approach the music from a decidedly distinct direction.

The fact that they make reference to ‘jerks' suggests a certain disdain, and indeed, though they may be cozying up the classics, they take an irreverent attitude that mostly casts the usual traditional tapestry to the wind. At the same time, they dig deeper with more solemn circumstance, turning even the most well-known standards into unexpected encounters.

What ought to be a jubilant jamboree, ‘Keep on the Sunny Side’ starts off like a Johnny Cash craggy lament before suddenly accelerating into a full frenzy. Their take on the timeless trappings of ‘Will the Circle Be Unbroken’ is doused with despair, a tender, touching reboot that adds an extra element of sentiment to the song’s usual celebratory stance.

Most surprising of all is their somber version of another old chestnut, ‘You Are My Sunshine’, a song that ought to be upbeat by its very nature. It’s remade here as a kind of dirge, as if the sunshine they’re singing about has been eclipsed by clouds.

To be sure, the majority of the 13 tracks spread across these two EPs are mostly upbeat, although for the most part, they’re also the most obscure. The oddest of them all, ‘Chop Suey’, is flush with rapid-fire revelry and a jumble of delirious double talk. The traditional tune ‘Pallet on the Floor’ is joyful and jaunty, while ‘Matterhorn’, ‘We Used to Be on Vacation’, ‘Flint Hill Special’ and the unfortunately-titled ‘Help Me Scrape the Mucus Off My Brain’ share a celebratory stance through an assured bluegrass embrace.

Those who are unfamiliar with The Dead South’s MO may find themselves bewildered by the disparate strains of these dual collections, and, in fact, might even feel like jerks themselves for any inability to find consistency or cohesion. Is it easy listening? Not really. However, it is entertaining, proof once again that The Dead South have no defined boundaries.

Easy Listening for Jerks Parts 1 & 2 are released on March 4 via Six Shooter. You can purchase the records below from Hollers selected partners: 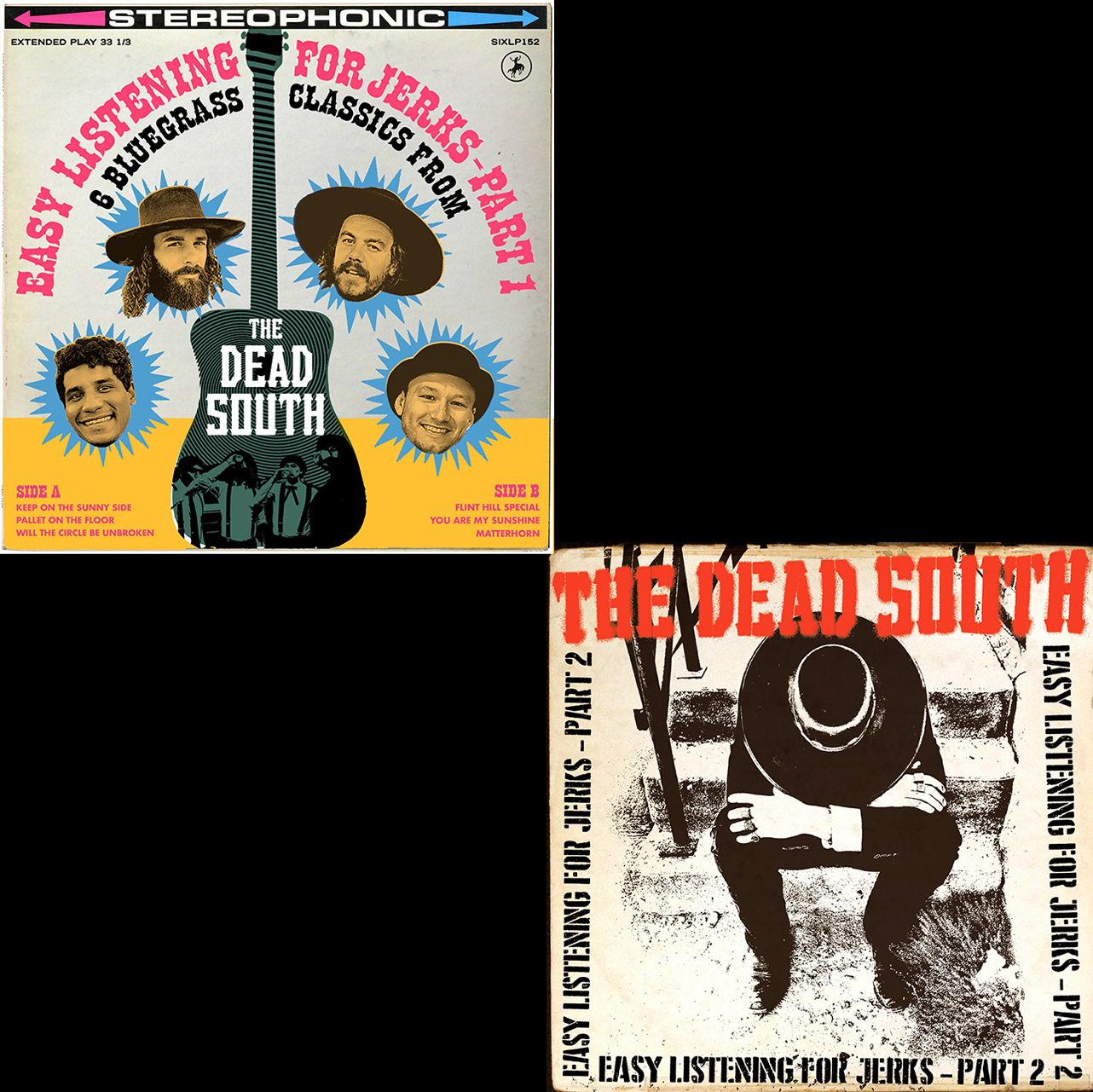