On the genre bending COUNTRY FUZZ, The Cadillac Three dispense with anyone’s idea of what they should sound like and instead march to the beat of their own drum. 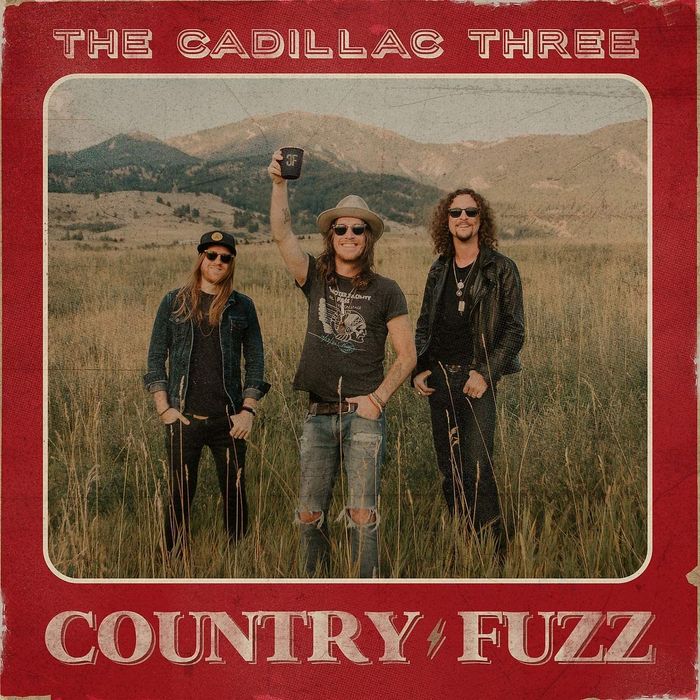 The name of The Cadillac Three’s game is rowdy Southern rock, but that’s only part of their story. Add country, blues and swamp with some funk and even blue/bleary-eyed hip-hop for an up-to-date gut-punch that is absolutely not your father’s country. Unless your dad is a member of ZZ Top.

It has been a busy 2020 for the Nashville born and bred hell raisers; COUNTRY FUZZ was the first of two full albums they released within nine months. But the trio haven’t been short of helping hands from like-minded musician friends, who contribute traditional instruments like banjo, harmonica and lap steel along with more exotic, less expected ones such as Bouzouki, lap steel bass and dobro to the record. But the eye-opening credit is for “programming” and, on one tune, “beat box,” marking a defiant step forward from their previously more roots-oriented appeal.

TC3 occasionally lean into an unapologetic contemporary dance/funk/hip-hop groove, meshing these influences with their gutsy good-ol’-boy, US flag waving, hard drinking, girl chasing, fun-loving selves. In The Cadillac Three’s world, it’s Saturday night seven days a week, and if the band remains true to its lyrics, “Well it’s tough to get in heaven/If all you wanna do is raise hell,” they certainly know which direction they’re headed for in the afterlife. While concepts like blue jean clad, fried chicken eating dudes chasing down life with some cold ones might sound clichéd at best, The Cadillac Three approach them with a knowing wink and a crooked grin. Admirably, nothing overstays its welcome, as seven of these 16 tracks clock in under three minutes.

The swaggering boogie shuffle of the opening ‘Bar Round Here’ and the throbbing thump of ‘Slow Rollin’ (the latter name checking Foghat’s similarly styled ‘Slow Ride’), proudly boast TC3’s tougher side. Their diversity is also clearly showcased on the hip-swiveling funk of ‘All the Makings of a Saturday Night,’ the sweet tea acoustic based ballad ‘Back Home’ and the edgy swamp stomp of the appropriately entitled ‘Heat.’

Frontman/guitarist/multi-instrumentalist Jaren Johnston shares songwriting duties (as many as six others are credited on the riff rocking ‘Crackin’ Cold Ones With the Boys’). But these guys know their audience - and those folks drink a lot of alcohol. Product placements proliferate with mentions of Jim Beam and Jack Daniels (multiple times including the track ‘Jack Daniels’ Heart’). Simple yet effective sing-along choruses abound too, best when inserted into the James Brown inspired funk of ‘The Jam,’ which contribute to this party hearty set. It’s one that pokes at musical boundaries, even as it adheres to conceptual tropes guaranteed to push the boisterous hard rocking buttons of Southern music followers - especially those looking to progress away from the often paint-by-numbers songwriting associated with big hat “bro-country” into the edgier stuff.

“Nobody wants to be a label,” sings Johnston in ‘Labels’. On the genre bending COUNTRY FUZZ, The Cadillac Three dispense with anyone’s idea of what they should sound like and instead march to the beat of their own (sometimes programmed) drum.

My Essentials: The Cadillac Three