Townes’ willingness to wear her heart on her sleeve is what makes The Lemonade Stand an integral release of 2020. 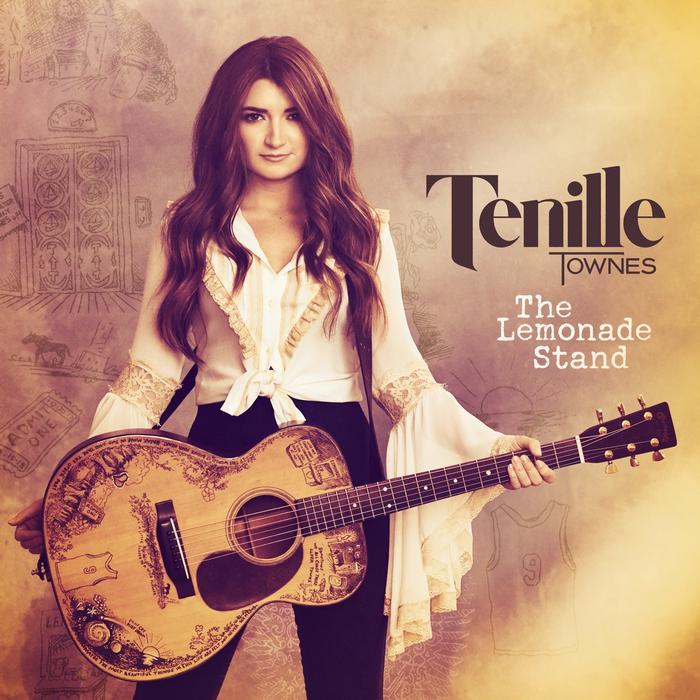 Though she’s been releasing music since 2011, it wasn’t until 2018 - when she signed with Columbia Nashville and released her debut single ‘Somebody’s Daughter’ - that the world really started to pay attention to her.

This year, following a massively successful 2019 (during which she embarked on a tour opening for Miranda Lambert and Little Big Town, in addition to winning multiple Canadian Country Music Awards), Townes released her major-label debut album, The Lemonade Stand.

The record, produced by the prolific Jay Joyce, opens with ‘Holding Out For The One’, a track that announces Townes’ unique and captivating vocal soaring, amidst production that echoes Speak Now-era sounds.

As an album, The Lemonade Stand allows Townes to express a number of dimensions to both her personality and writing skills. From the upbeat declaration of love in ‘Where You Are’ to the heartbreaking questions she asks of God in ‘Jersey on the Wall’, the detail within her lyrics paint vivid pictures for listeners: “27 took the tigers to the finals that year / but that’s not why it’s hanging there.”

Similarly, on ‘Somebody’s Daughter’, a song addressing homelessness, Townes’ powerful message hits with every turn. These are more than just songs for Townes - she has spent most of her life raising money to support the homeless and is now using her talents to further help those in need, an activism that deeply fuels her artistry.

For all the hard-hitting, thought-provoking tracks on the record, there are fun tracks with positive vibes in equal measure, none more so than ‘Come As You Are’ which you can’t help but want to dance to. The chorus of ‘White Horse’ has an authentic pop feel to it too, with strong hooks and quirky production that puts a strong emphasis on backing vocals and percussion.

Townes shows a vulnerable edge to her voice within ‘I Kept the Roses’, a bluesy ballad in 6/8 time. The song was released as a single last year; the range of vocal techniques showcases just what a talented vocalist Townes is. The stripped back acoustic nature of ‘When I Meet My Maker’ makes space for Townes’ voice and lyrics to take centre-stage and rightly so - the lyrics give an intimate insight into Townes’ personal beliefs whilst forcing the listener to think about their own. The main supporting instrument is a softly picked acoustic guitar, whilst strings and synths swirl beneath the top-line.

Her duet with Keelan Donovan on ‘The Way You Look Tonight’ is a stand-out - their voices blending so well, whilst closer ‘The Most Beautiful Things’ really could be one of the most beautiful things released this year.

Townes’s ability to not shy away from difficult, real-life issues within her songwriting is ultimately what sets this record apart. She’s worked with a great team of songwriters such as Barry Dean, Luke Laird and Daniel Tashian who have really helped bring these stories and ideas to life, alongside Joyce's production.

But, above all, it’s Townes’ willingness to wear her heart on her sleeve and the personality she has poured into every song on The Lemonade Stand that makes this such an integral album of 2020.