A meditation on duality, self-reflection and embracing flaws, Masquerades sees the Tenille Townes sonically painting with a noticeably darker palette. 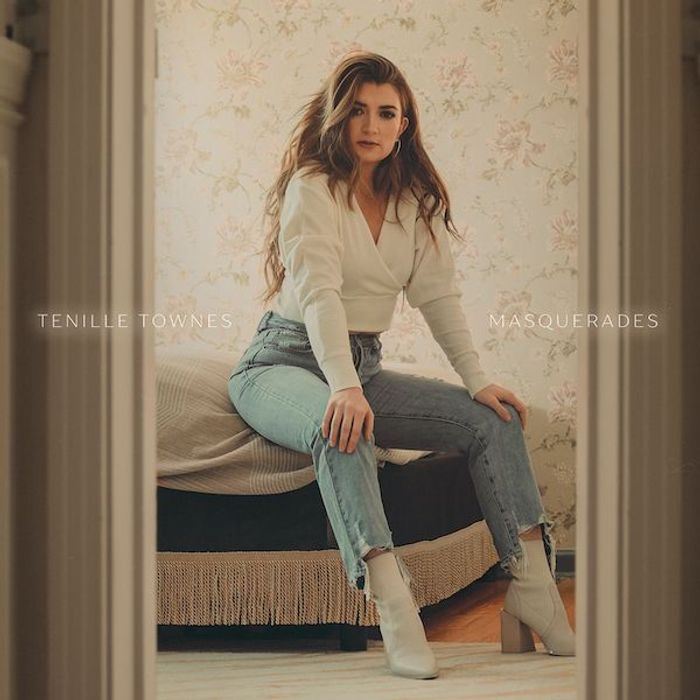 A meditation on duality, self-reflection and embracing flaws, Masquerades, the new EP from Tenille Townes, sees the Canadian sonically painting with a noticeably darker palette; the wide-eyed optimism that pervaded much of her past releases largely making way for subdued, late-night introspections.

‘When You Need It’, the EP’s opening track featuring Wrabel, kicks off exclaiming, “Hey, what a time to be alive” - but the mood is one of melancholy, rather than joie de vivre. Wrabel’s tender vocals combine wonderfully with Townes’, and even in the muted colours of tracks such as these, she manages to add subtle highlights of quiet hopefulness.

In the hands of another artist, the anthemic ‘When’s It Gonna Happen’ could easily fall victim to overproduction, but Townes keeps the creative reins tight enough to ensure that the powerful hook doesn’t get drowned out by a wall of noise.

‘The Sound of Being Alone’, driven by an emphatic beat, finds Townes sounding pointedly apathetic as she sings about feelings of isolation and loneliness. Her delivery adds to the addictive charisma and drama of the track, which swells slowly but purposefully.

Townes’ voice shines far more vibrantly on her more stripped-back songs, as it takes on a uniquely tender, almost fragile quality that never fails to accentuate the emotion of the song. ‘Villain in Me’ epitomises this, as Townes peels back the layers and opens up about the struggles that nobody else can see (“You'll only see me laughing / Sunshine and a smiling face / Sometimes I wear it like a mask / It's easier that way”).

A Breland feature is always a welcome addition to any project, and his sinuous vocals light up the second half of ‘Shared Walls’. It’s another structural masterclass, opening with Townes singing softly over an acoustic guitar until Breland emerges for the second verse, and from that point on the song intensifies as it builds towards the crescendo. The duo’s love story is immersive from the first note until the last, which is nothing less than expected given the songwriting mastery that both Townes and Breland possess.

As the project draws to a close, the inclusion of the we’re-all-in-this-together anthem, ‘Same Road Home’, is understandable to lift the spirits in an otherwise emotionally weighty project. Lyrically, the content is reminiscent of Scotty McCreery’s ‘Same Truck’, but after the depth and nuance that Townes displays on so much of this project, the somewhat cliched back-porch wisdom of ‘Same Road Home’ only resonates on a surface level.

Townes finishes with a flourish on ‘Light In Your Eyes’, a dreamy, easy-going ballad laced with irresistible harmonies and wistful musings: “I see the highway running straight and long into the Western sky / I feel a little sad about it / But I couldn’t tell you why”. In a way, this captures the spirit of the EP as a whole - a little wistful, a little downcast, but nonetheless hopeful.