Given their individual credentials, the partnership established between Grammy-winning Steel Drivers singer Tammy Rogers and storied producer/ multi-faceted musician Thomm Jutz makes for an auspicious union, one that offers all one might expect from these revered instrumental auteurs.

Their initial album, Surely Will Be Singing, lives up to the simple promise the title implies. Happily, they had plenty of songs to choose from, given the fact they culled their original material from more than 140 songs the pair had written in tandem over the years, but had yet to get around to recording.

Still, it’s not only the material that matters, but the musicianship involved as well. As noted, both individuals are adept at their craft. Rogers’ fiddle frenzy is always a showstopper on stage and in the studio, while Jutz has long been considered one of Nashville’s top-flight guitarists. That combination transforms each tune, ensuring that the execution remains solidly in sync. It’s evident at the outset with the title track, which opens the album with the kind of homespun exuberance that the godfathers of bluegrass — Bill Monroe, the Stanley Brothers and Flatt and Scruggs in particular — articulated with unbounded revelry early on.

Not surprisingly then, the music is of a vintage variety throughout, from the reflection and reminiscing shared in ‘On Your Own’ to the arcane imagery and tender trappings that grace ‘All Around My Cabin Door.’ Then again, the pair’s reverence for the roots is as obvious as it is inevitable.

Theirs is a sound that pays heed to traditional Americana while leaving their own indelible imprint on each and every offering. That applies to both the rousing revelry of ‘Long Gone’ as well as the forlorn feelings expressed in songs such as ‘The Tree of Life’ and ‘Mountain Angel.’ So too, the heartbreak and disappointment purveyed in the album’s final entry, ‘The Door’ is pure and palpable in an exacting and affecting way.

What’s most impressive about the duo’s delivery is the fact that it doesn’t come across as self-conscious or otherwise affected. Genuine emotion is always evident. ‘Speakeasy Blues’, for example, shares a tattered narrative about a nee’r do well who gets caught up in his own missteps and misfortune.

‘About Last Night,’ ‘There Ain’t Enough Time’ and ‘Five Winters More To Come’ dwell on circumstance that veers close to home, all tangled narratives immersed with regret and remorse. The music brings to mind old mountain melodies where the sorrow and circumspect are so tightly ingrained, it’s all but impossible to separate the singer from the song. In each and every case, emotion and authenticity find a clear connection.

Granted, both Rogers and Jutz have day jobs that will likely lure them away from one another and have them operating on their own. That’s to be expected. Each has established an individual reputation that demands ongoing attention. However, given the chemistry created here, it would be a shame not to rekindle this clear case of camaraderie sometime soon.

Surely Will Be Singing is out now via Mountain Fever Records. Listen to / purchase the record from Holler's selected partners below: 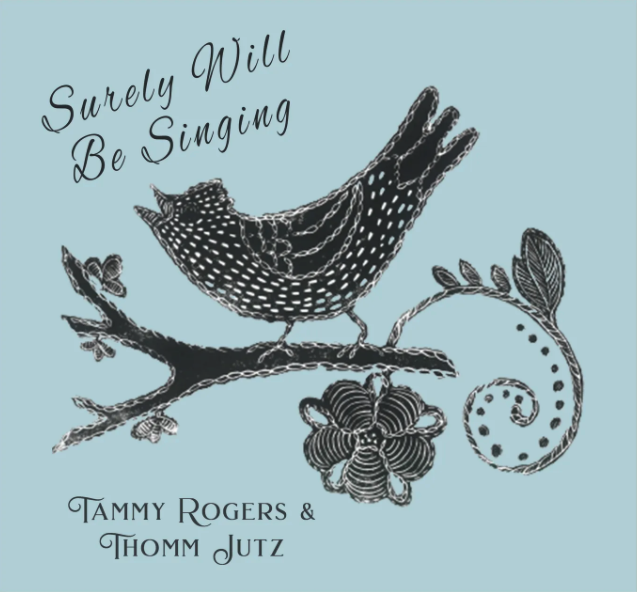