The impressive Nightroamer is a logical step in a career arc that has never given in to commercial concerns. 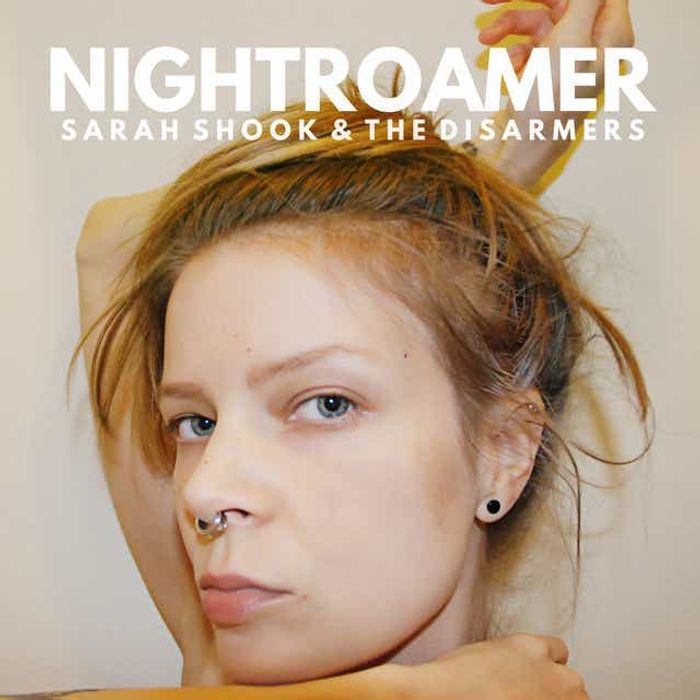 Press for this third album from North Carolina's Sarah Shook & Disarmers describes the quintet as an indie rock band. That’s only partially true. The Bloodshot label, home for their first two releases, defined itself as supporting “insurgent country” - and that’s a far better depiction of Shook’s outsider style.

While rock elements are present, especially in the punky, Replacements-influenced closer ‘Talkin’ to Myself’, the sound hews closer to outlaw country ambiance, especially when Phil Sullivan’s ever-present pedal steel work is highlighted. Shook’s now trademark dusky drawl and tough yet vulnerable assertiveness pushes everything into an edgy backwoods vibe - skirting the darker borders of twangy folk-rock.

While drinking songs were previous fodder for their material, they are left in favor of frank, if somewhat frustrated and unsettling reflections on relationships that have gone sour. “I’ve walked the path you wander now / and I know it well / Each step a reminder / each day a hazy hell”, Shook intones on ‘It Doesn’t Change Anything’. Even though there are sporadic rays of light in mentions of new love, Shook stays wary of romance.

There hasn’t been a major overhaul in Shook’s economical, unapologetically laconic delivery over the course of their short career, however bringing in producer Pete Anderson signals a shift to a slightly more marketable approach.

At the opposite end is the 60s retro slow dance of ‘If It’s Poison’, where the hope that maybe this relationship will work is interrupted by a short, taut, distorted guitar solo that injects unexpected intensity.

Anyone unsure of Shook’s country intentions need only spin the traditional ‘No Mistakes’. Here, the singer looks unflinchingly in the mirror, admitting to their faults that caused the dissolution of a romance over a jaunty, bouncy rhythm highlighted by Sullivan’s stealthy steel lines. Its hook is so memorable it could have been a hit on country radio, albeit a few decades ago.

Anderson keeps the songs tight, trimming any fat from the performances as he did with his iconic work for Dwight Yoakam. Shook enunciates more clearly too, which helps shift these tunes into slightly friendlier crossover territory. While there’s nothing pretty about Shook’s limited vocal range, the honesty and humility they project more than compensates for any lack of technical dexterity. The occasional catches in their voice, as on one of the album’s most immediately accessible moments ‘It Doesn’t Change Anything’, infuse stubborn sincerity, more so than most other formally trained singers.

The front cover photo of Shook shooting an uncertain side-eye at the viewer makes it clear that the sneering attitude we’ve come to know, respect and often love about their take-it-or-leave-it swagger remains undiminished. The impressive Nightroamer is a logical step in a career arc that has never given in to commercial concerns.

Sarah Shook & The Disarmers' new album, Nightroamer, is out Friday, February 18th via Abeyance Records & Thirty Tigers. You can purchase the record from one of Holler's selected partners below: 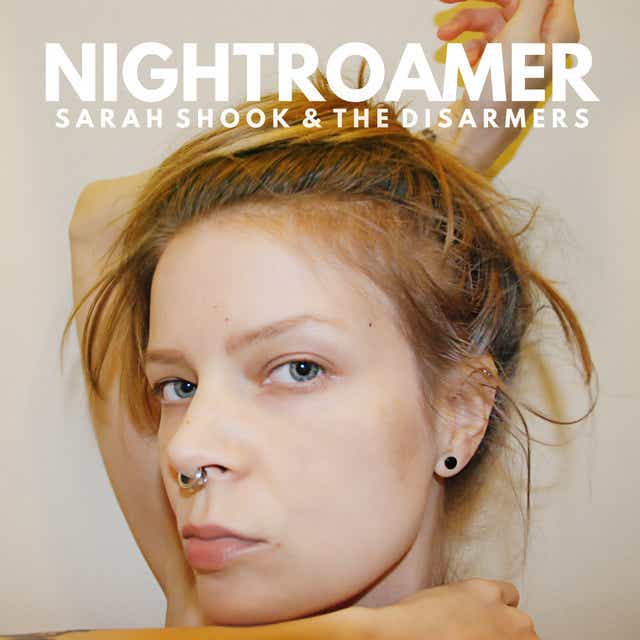