Even if this leans to pop more than the country or bluegrass she is best known for, Watkins’ affection for this collection of children's songs is obvious. She successfully crafts an album adults can enjoy, just as much as their little ones; maybe even more so. 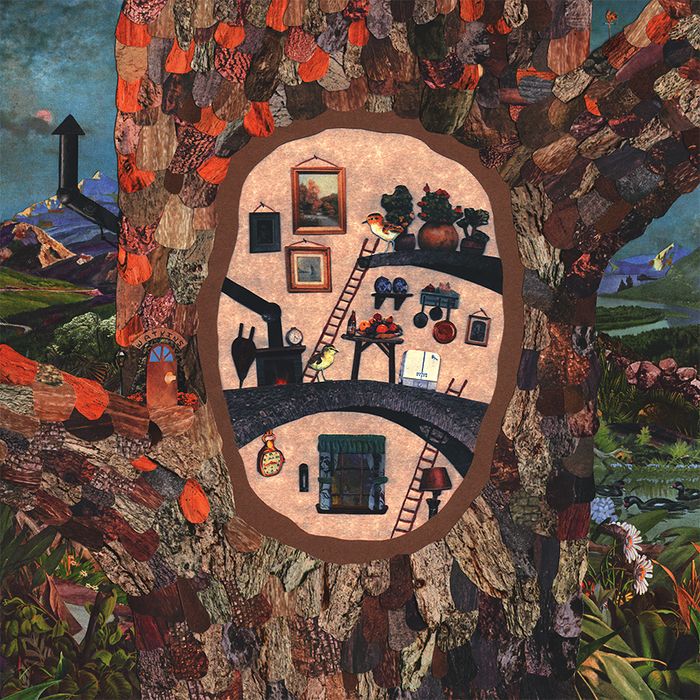 Let's get this out of the way up front: Under The Pepper Tree is a children's record, and Sara Watkins’ three-year-old (briefly) sings on it.

It’s at this point that you’re either on or off the bus for Watkins’ first release since 2016’s Young in All the Wrong Ways. That record pushed Watkins to some of the toughest, edgiest sounds of her career; both with and without Nickel Creek. Under the Pepper Tree retrenches from that. As you might expect for a set aimed at the pre-school crowd, these 15 acoustic takes are laid back; all but two are covers of songs Watkins has known since childhood.

Given her younger days were probably more creative than most kids’, we get stripped down, often feathery performances of such relative obscurities as ‘Pure Imagination’ from Willy Wonka & the Chocolate Factory, Harry Nilsson’s ‘Blanket for a Sail’, and the charming western ‘Blue Shadows on the Trail’ from The Three Amigos - the latter featuring a rare reunion of her Nickel Creek cohorts. Similar appearances from Watkins’ band mates in I’m With Her, all singing like angels from a 30s movie on the Roy Rogers oldie ‘Tumbling Tumbleweeds’, also makes for irresistibly innocent fun.

It’s unlikely any children have seen Breakfast at Tiffany’s with or without their parents, so dipping into that very adult flick for the Holly Golightly/Audrey Hepburn classic ‘Moon River’ is refreshingly inspired. It keeps the spare original’s vibe with just jazzy upright bass, nylon string guitar and, of course, Watkins’ honeyed voice. Other selections are more logically sourced. She raids the Disney songbook for a lovely ‘When You Wish Upon a Star,’ (from Pinocchio), a snoozy ‘Stay Awake’ (Mary Poppins), ‘Second Star to the Right’ (with some otherworldly pedal steel added to the Peter Pan tune’s inherent whimsy) and a tinkling ‘La La Lu’ from The Lady and the Tramp (Peggy Lee, holla!). All are smart, rather offbeat tunes played with class and an apt childlike innocence.

Yet there are missteps on this yellow brick road. Dredging up ‘You’ll Never Walk Alone’, even when slimmed just to fiddle, acoustic guitar and pedal steel, is a bad idea, regardless of the listener’s age. The same goes for the closing ‘Good Night’ (yep, the Fab Four weeper), meant to put the kids to sleep, but perhaps only by boring them here. It closes an end-of-album lullaby section, that also includes Roy Orbison’s ‘Beautiful Dreamer'; another unusual but sharp choice you’re not likely to find on other collections for the youngest among us.

Even if this leans to pop more than the country or bluegrass she is best known for, Watkins’ affection for these melodies is obvious. She plays them straight, sings with a voice so sweet it could calm the energy of the crankiest two-year-old and, with a few exceptions, crafts an album adults can enjoy as much as their little ones; perhaps even more so.