Four years on from his debut Yours, Russell Dickerson’s follow-up record Southern Symphony shows he’s still very much in love; with a new baby too. 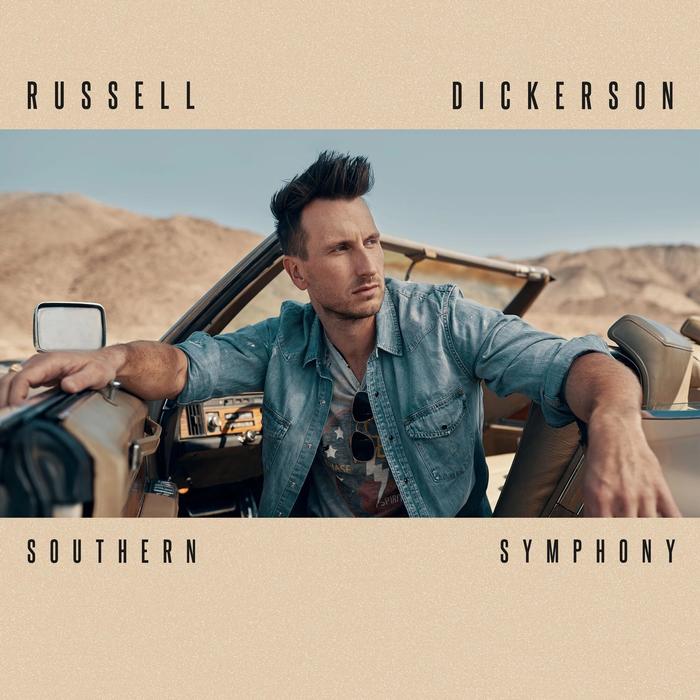 Four years on from his debut Yours, Russell Dickerson’s follow-up record Southern Symphony shows he’s still very much in love; with a new baby too. The eternally effervescent Dickerson crosses into the territory between country and stadium rock, piling on the good old boy southern imagery, and delivering more hooks than a heavyweight fight night.

Southern Symphony is a collaboratively eclectic record. ‘Never Get Old’ introduces Dickerson’s favourite songwriting partners, Parker Welling and Casey Brown, straight from the get-go. The two have been on his journey since college and pop up regularly throughout the record, in addition to Lady A’s Charles Kelley, who features as a co-writer.

Alongside such a broad writing team, what makes the record so strong is how rich in imagery it is. ‘Home Sweet’ has a vibe of “wherever I lay my hat that’s my home” running through it. It feels autobiographical, as the lyrics capture the moment Dickerson and his wife realise they’re expecting: “Sittin’ on boxes in the livin’ room laughin’ and cryin’/ Just starin’ at them two pink lines/ Time to make a little more room.” On ‘Forever For A Little While’, a song punctuated by Dickerson’s excellent acoustic musicians, the couple heap up polaroid imagery, frozen in time to put in the memory bank: bare feet on faded leather, big blue highway sign, drinking cola from a straw with red and white stripes, two strike matches, hair up in a red bandana. ‘Honey’ has authentic bluesy licks up top and endless piles of oozing sugary imagery to wade around in, while Dickerson shows his vocal range, soaring and swooping. ‘Come To Jesus’ sums up the push and pull of a relationship – going fast, slowing down, devil and angel.

Yet it’s perhaps unsurprisingly the title track that holds the focus of Dickerson’s songwriting - with its nod to his childhood where his father was music director at the local Baptist church. Decorated with elegant fiddle from Stuart Duncan, this is a dewy-eyed, nostalgic version of the south: “Where I come from/ We grow sweet corn and tobacco/ And everybody waves back 'atcha when you pass ‘em”. There’s even a mention for his idol, Garth Brooks. Again the chorus piles up the imagery of “a magnolia breeze/ Ice cubes in sweet tea/ Fight song on a Friday/ Bug zapper buzzin’ in the driveway”, making the song an evocative, heartfelt ode to the south. ‘It's About Time’ features his good buddies, Florida Georgia Line, buzzing with anticipation for a drink (of course!) and listing all the stuff they’re imagining getting their hands on: a cold one, a tallboy can and a longneck bottle of double cup to fuel their night on the town. ‘Waiting For You My Whole Life’ is more of a power ballad – about finally finding the missing piece to complete his life – and you can imagine playing air saxophone to the flashy flourishes of Mark Douthit.

Southern Symphony underlines Dickerson’s ambition to cross over to the widest audience possible, but he ensures his country cred is kept intact by collaborating with his friends in high places. This allows him to find his voice – the unashamedly loving Southerner who isn’t afraid to wear his heart and soul on his sleeve.

A Guide To: A Thanksgiving Menu from the Stars