It takes a brave artist to admit “If I’d known what I know a long time ago /I might have made of my life something more”. When it comes to Rodney Crowell, many would disagree; the intimate and often hypnotic Triage shows that he still has lots more to give. 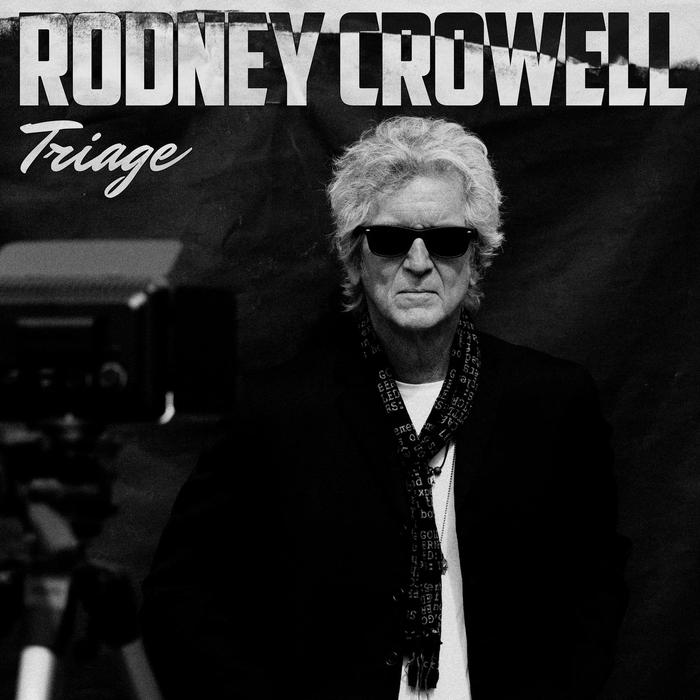 There aren’t many successful artists whose biggest career hits were sung by others before they even released their first album.

Such is the case with veteran Texas songsmith Rodney Crowell. His stunning debut appeared in 1978, yet only after he had already written classic country/pop standards like ‘‘Til I Can Gain Control Again’, ‘Ain’t Living Long Like This’, ‘Leaving Louisiana in the Broad Daylight’, and ‘Bluebird Wine’. All these classics ended up across Emmylou Harris (Crowell was a member of her Hot Band for a few years) and others’ albums through the years.

These initial achievements became a double-edged sword because the rest of his work was compared to, and generally overshadowed by, those early gems.

Like any determined talent though, Crowell kept plugging away, moving from major labels (1988’s Diamonds & Dirt on Columbia was his biggest seller) to indies and finally his own RC1 company, cranking out often harder-edged, increasingly less commercial records at a workmanlike rate through the 90s and beyond.

A reunion with Harris in 2013 and 2015 clicked (the first album, Old Yellow Moon, won a GRAMMY), putting Crowell back on the popular radar. This brings us to Triage, Crowell’s 18th project.

Created intermittently during the turbulent social and political climate of 2019-20, the ten tracks cover a lot of territory. From the wincingly reflective opening ‘Don’t Leave Me Now’, where the singer pleads for compassion from his partner by admitting guilt (“I’ll beg your forgiveness hand on my heart /To shatter your faith in me has torn my whole apart”), to the devastating income inequality explored in ‘Something Has to Change’.

Crowell also rips off the band-aid of conflicted feelings concerning his spirituality on ‘Hymn #43’ (“What if God sees the need for religion / As something I can’t share”) and the self-explanatory title ‘This Body Isn’t All There Is to Who I Am'. It’s Crowell’s most personal, and often lyrically riveting, collection to date.

Ballads such as ‘Here Goes Nothing’ and the bluesy title track explore what love means, at least to him, concluding with “It’s love when we’re all given life and love when we’re all laid to rest”. In ‘The Girl on the Street’ Crowell details “an accurate account of a chance encounter with a young woman on the streets of San Francisco”. It’s a disconcerting profile of how a troubled stranger’s life collided with Crowell’s, resulting in his guilt at not doing more than handing her loose change. “I might have made a difference if I only had the heart”, he admits.

This is obviously not what you’ll be playing at your next Saturday night party, but it’s not meant to be. Crowell and producer Dan Knobler have crafted a beautifully performed and conceived set. It reflects both the singer’s private and societal difficulties of the past year, from the pen of an expert wordsmith who infuses frequently wrenching truths into flowing melodies.

Crowell used those months for serious soul searching. It takes a brave artist to admit “If I’d known what I know a long time ago /I might have made of my life something more”. Many would disagree, contending that he has accomplished plenty, and the intimate and often hypnotic Triage shows that Rodney Crowell has lots more to give.