The debut solo album from The Deslondes member is bluesy and characteristically laid-back, coalescing different sounds into a soulful, lowdown whole. Once you’re on board with Downing's elusive, often entrancing vibe, you’ll wonder why it took a pandemic for him to hit center stage. 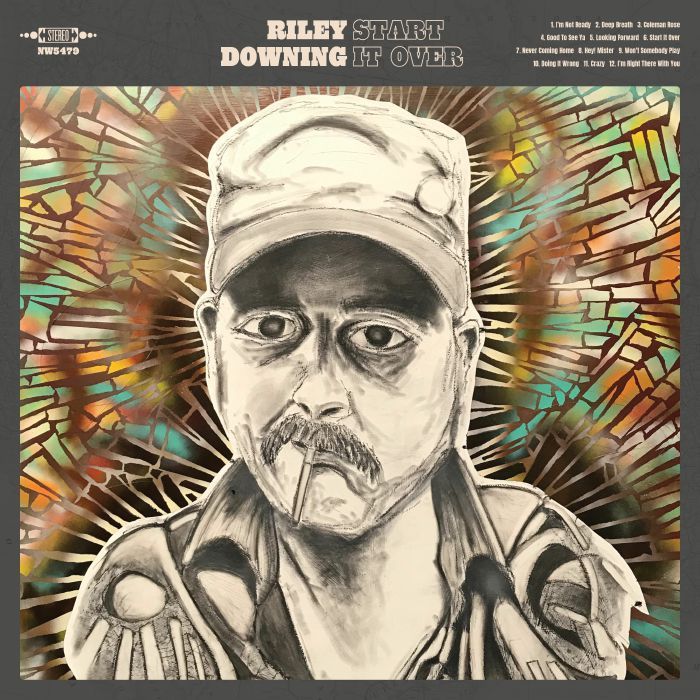 It doesn’t take a psychic to know which artists Riley Downing likely has on repeat on his stereo. One spin of The Deslondes member’s debut solo album is all you’ll need. The combination of J.J. Cale’s simmering Okie swamp, Tony Joe White’s bluesy backwoods stomp and Johnny Cash’s brooding country swagger all reflect Downing’s most compelling influences. The singer/songwriter used his downtime this past year to craft these dozen tracks that incorporate the traits of his inspirations, with help from fellow Deslondes traveler John James Tourville, who co-composed all but one tune and also co-produced.

Not surprisingly, there are plenty of similarities to the languid, unhurried style of their main project, although with Downing’s heavy-lidded, somewhat drowsy vocals and musicality having greater prominence. Start It Over leans to a more blues-based atmosphere, evident on the tumbling scuttle of ‘Good to See Ya’, the title track’s lazy lope and the soulful New Orleans shuffle of ‘Deep Breath’. On initial listen, it’s as if Downing just woke up from a heavy sleep and laid down his vocals before his first cup of coffee, or maybe before his eyes were even open. His deep, casually resonant voice centers these songs - and while some may find this unusually laid-back approach lackadaisical, it becomes almost hypnotic as he digs further into such rootsy material.

When he sings “My love for you is outta control” across 'Coleman Rose', it doesn’t seem that way. Actually, nothing in Downing’s low-key persona leads listeners to believe he has gotten out of control about anything. Ghostly female backing singers, banjo, fiddle, and Moog synthesizer (!) melt together on ‘Crazy’, a perfect example of how this album coalesces different sounds into a soulful, often lowdown, whole. For ‘Won’t Somebody Play’, Downing laments in a glum growl, asking someone to play “The kinda song I wanna hear”. But the effect is oddly uplifting in its lumbering way - he never seems upset or dissatisfied.

There’s some country too, particularly from ‘Doing It Wrong’ and the bittersweet countrypolitan saunter of ‘Looking Forward’. The effect is eerily close to Kris Kristofferson, whose gruff rumble is reminiscent of Downing’s similarly styled voice. The proceedings even get a surprising jolt of thumping rhythm and blues in the jaunty rockabilly stroll of ‘Hey Mister’, a jittery gem featuring both electric and upright bass, along with organ, that veers towards noir jazz territory.

The intriguing cover painting of Downing with a cigarette dangling from his mouth, looking a little worse for wear after what might have been a long night, fittingly captures these performances. It may take a few spins to resonate, but once you’re on board with his elusive, often entrancing vibe, you’ll wonder why it took a pandemic for him to hit center stage. Hopefully, we won’t have to experience another for a follow-up.

Start It Over is out this Friday (5/14) via New West Records.

A Guide To: Outlaw Country