These tunes display the journeyman’s ability to pen music bathed in working-class grit and honed by decades of experience, music that would connect just as powerfully without the stellar assistance. 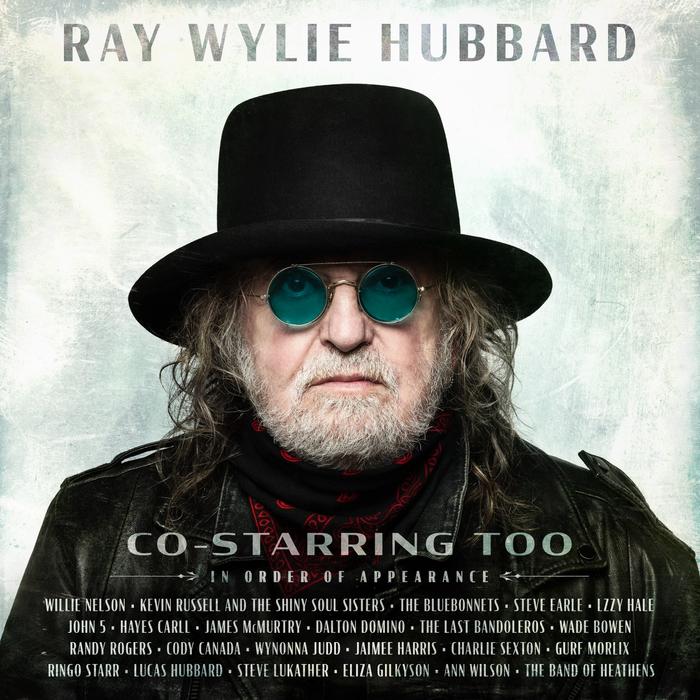 You don’t have to know about Ray Wylie Hubbard to understand he’s a craggy, straightforward, roots music veteran.

His tangled hair, scruffy white beard and shades that partially hide his eyes as he sizes you up with a stone-faced grizzled stare makes it clear he’s not taking no for an answer - regardless of the question. He’s an outlier and definitive example of the outlaw American journeyman.

Looks can sometimes be deceiving, but in Hubbard’s case, they provide an accurate insight into his edgy country leanings. After all, his first big hit was ‘Up Against the Wall, Redneck Mother’, a song he wrote for similarly styled Lone Star troubadour Jerry Jeff Walker. Other examples of Hubbard’s blunt temperament are ‘Screw You, We’re from Texas’ (famously covered by Eric Church) and ‘Tell the Devil I’m Getting There as Fast as I Can’. Now in his mid-70s, he’s dug his boot in even further.

Some of his most ardent followers are fellow musicians who share Hubbard’s strident sensibilities, happy to lend their talents to 2020’s Co-Starring release. An eclectic grouping ranging from Ringo Starr and Joe Walsh to Ashley McBryde and Pam Tillis brought roots star power to ten tracks that captured Hubbard at his most collaborative. The results were so successful that he’s back for this appropriately titled follow-up.

This year’s model adds texture and gravitas to Hubbard’s leathery compositions and unvarnished vocal drawl. Both Willie Nelson (singing forlorn and lonesome on bittersweet opener ‘Stone Blind Horses’) and Steve Earle (trading verses for tough strummer ‘Hellbent for Leather’) are natural co-conspirators. James McMurtry, who shares Hubbard’s baritone approach, assists on the bluesy, barbed ‘Fancy Boys’, a simmering rocker where Hubbard condemns those who “prance around on stages where Waylon once stood”.

Less expected is Hubbard hooking up with hard rockers Lzzy Hale and John 5 for the explosive rocker ‘Naturally Wild’, whilst also joining The Last Bandoleros to take a rollicking walk on the ‘Texas Wild Side’ of life. He gets swampy on the heated and rugged ‘Pretty Reckless’ (rhyming reckless and redneckness is a special treat) then praises women with the dry wit of ‘Only a Fool’ (“would disrespect a woman” continues the rest of the chorus.

Even with the marquee guests, this remains a showcase for Hubbard’s sharp songs; meticulously crafted with offbeat humor and gruff yet emotionally persuasive vocals. These tunes display the journeyman’s ability to pen music bathed in working-class grit and honed by decades of experience, music that would connect just as powerfully without the stellar assistance.

Ray Wylie Hubbard's new album, Co-Starring Too, is set for release Friday March 18th via Big Machine Label Group. You can purchase the album from one of Holler's selected partners below: