There’s an old-fashioned sensitivity and a likeable softness to King’s particular brand of cowboy masculinity, but make no mistake, this is softboi country territory we’re riding in here, ladies. 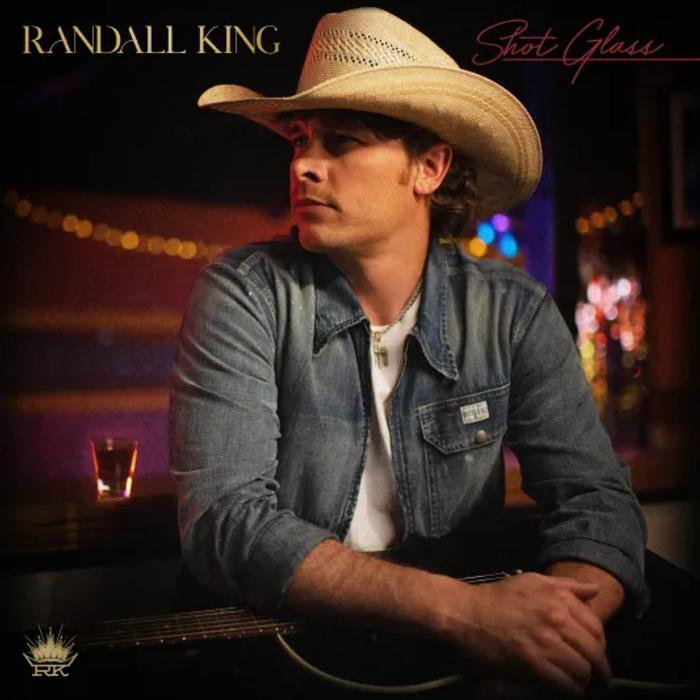 With a tip of his hat to the Texas stylings of Strait and Jones and a playful nod to Urban Cowboy era country, Randall King is the latest in a long line of modern country traditionalists hoping for a slice of the pie that Midland and Jon Pardi are getting served up. With his throwback country gentleman aesthetic and creamy country croon, he’s added a little polish to his steel guitars and smoothed out the edges of his jumpy honky tonk country, ending up somewhere altogether more delightful.

The loose narrative of Shot Glass is strung around a night out at a bar, with each song being sung from the perspective of a different character in the room, but it’s King’s aching vulnerability that’s instilled in them all. He might come across as a hard to handle bounder on album opener ‘Baby Do’ and the bouncy two-stepper ‘Record High’, but he’s just a cute little puppy dog at heart.

There’s an old-fashioned sensitivity and a likeable softness to King’s particular brand of cowboy masculinity. But, make no mistake, this is softboi country territory we’re riding in here, ladies - albeit towards the more wholesome end of the spectrum. It doesn’t take long for him to slow things down a little bit, as he slides into your DMs and starts whispering sweet nothings like, “I can feel your touch through the phone” and telling you he’s going to “kiss that lonely right off them lips”. Then probably leaves it a week before he messages you again.

“I can tell by your voice, I know what you’re wearing / I ain’t even there, I’m already staring” he croons seductively on ‘Can’t You Feel How That Sounds’, and he just about gets away with it. Any second now he’s going to be texting you and asking if you’ve watched Pulp Fiction though. Then airing you.

He takes a little break to go chug-a-lugging and shoot some pool with his buds on the wonderfully titled ‘Roger, Miller Lite and Me’, but it’s not long before he’s unblocking you again on ‘Hey, Cowgirl’, his George Strait-referencing softboi country anthem from a couple of years back, picking up the baton from vulnerable 80s crooners like Earl Thomas Conley and Keith Whitley.

Produced by Bart Butler and Ryan Gore, the album follows the same template they set with Jon Pardi, adding just enough contemporary production touches to its throwback traditionalism to make it feel both comfortingly familiar and compellingly fresh.

Despite King’s ability to mix it up and rock out with the big boys, though, the album still works best when he’s got the tea lights out and a little sweet loving on his mind. “Don’t get me started on the things I think / When you’re wearing nothing but them soft white sheets” he teases seductively on ‘You In A Honky Tonk’, adding a little Conway Twitty steaminess to his more tame Randy Travis romanticism.

If ever there was a time and a place for an artist like Randall King to make it big in country music, then it’s right here and right now, catering to a mainstream audience with a growing appetite for his glossy brand of traditionalism, and not enough artists out there to assuage it. It could be a very busy year for the West Texas troubadour. Don’t expect a reply to those DMs any time soon.

Shot Glass is out on Friday, March 18 via Warner Music Nashville. You can purchase the record from Holler's selected partners below: 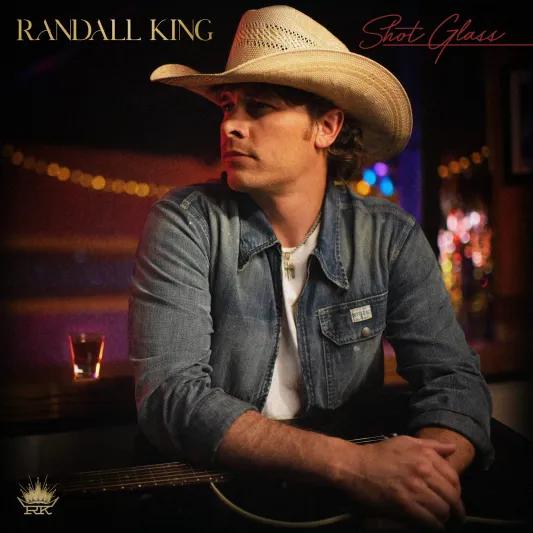