With Hell on Church Street, the Punch Brothers once again re-imagine bluegrass as more than just a revivalist art form -  even as they recreate a 1983 album from genre legend Tony Rice. 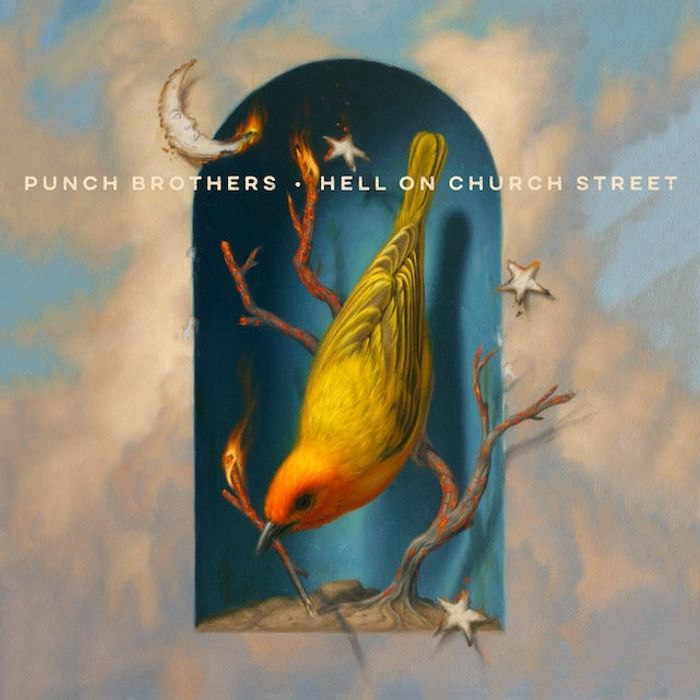 For somewhat obvious reasons, bluegrass doesn’t always garner recognition as a vehicle for creative expansion. A huge component of the genre’s appeal, of course, derives from the way in which the music echoes a time and place that grows ever more mythical the further it recedes into the past.

Nevertheless, several generations of musicians have proven that bluegrass, like any other music, can work as a springboard for cutting-edge ideas. Among them, the Punch Brothers have never viewed their work in purist’s terms, even though they’ve adhered to the traditional setup of banjo, mandolin, standup bass, fiddle and acoustic guitar.

It comes as no great shock, then, that the band’s sixth full-length album Hell on Church Street gives listeners yet another reason to consider bluegrass as a form that demands a permanent place in the pop-culture landscape. A song-for-song tribute to Church Street Blues, Tony Rice’s 1983 LP, Hell on Church Street exudes an almost ferocious immediacy that allows us to imagine that the material was written on the spot.

In a sense, the Punch Brothers did write Hell on Church Street from scratch. What’s most astonishing here is the way the band weaves all new, interlocking arrangements around what was essentially an album’s worth of solo guitar-and-voice music. The melodies and chord progressions may be familiar - yet another rendition of the ever-popular folk standard ‘House Carpenter’ doesn’t exactly reinvent the wheel - but it wouldn’t be inaccurate to qualify Hell on Church Street as new material considering the sheer inventiveness they bring to most of the songs.

The band’s impressionistic re-working of English folk artist Ralph McTell’s ‘Streets of London’, for example, bears virtually no resemblance to Rice’s version. If this new rendition suffers from singer/mandolinist Chris Thile’s voice occupying so much of the foreground, the band pulls the song out of the folk soil it was planted in and sets it aloft, transforming it into something as dazzling and weightless as a field of fireflies taking flight as one.

Meanwhile, violinist Witcher’s powerful lead covers all the terrain between Stéphane Grappelli, Amanda Shires and Iva Bittová, elevating ‘Streets of London’ beyond category and delivering on the Punch Brothers’ longstanding contention that they’re not actually a bluegrass band at all.

Though the band went back to basics here, Hell on Church Street benefits from an otherworldly coating of reverb that gives the album the ambience of a studio production. And even while showing off, with multiple players soloing at once, the band’s prodigious chops take a backseat to the unity they create as a team.

On the traditional number ‘Cattle in the Cane’, the banjo, mandolin and guitar parts gurgle along like three adjacent brooks, the notes pouring forth in a crystalline flow of harmony. Earlier renditions of ‘Cattle in the Cane’ contain a comedown at the end where high-speed fingerpicking suddenly suspends in favor of lightly strummed chords. The Punch Brothers execute this change more like a chamber ensemble or rock band that’s accustomed to sudden shifts in direction and mood.

It should be noted that innovation has never served as the Punch Brothers’ primary objective. In that regard, the band chose an appropriate figure to serve as a guiding star this time. Rice—an International Bluegrass Hall of Fame inductee who played alongside heavyweights like J. D. Crowe, Dave Grisman and Jerry Garcia—was himself a proponent of a progressive vision of bluegrass.

At the time that Rice released Church Street Blues, he was seen as someone who could bring a touch of the modern to traditional tunes. He was nothing if not discreet in his touch, tucking a substantial amount of musical complexity behind a seemingly simple approach. Punch Brothers guitarist Chris Eldridge can attest to this first-hand, having taken lessons from Rice as a college student. Apparently, Eldridge learned well: with Hell on Church Street, he and the Punch Brothers have honored Rice’s example and then some.

Hell on Church Street is out Friday, Jan. 14th via Nonesuch Records. You can purchase the record from Holler's selected partners below: 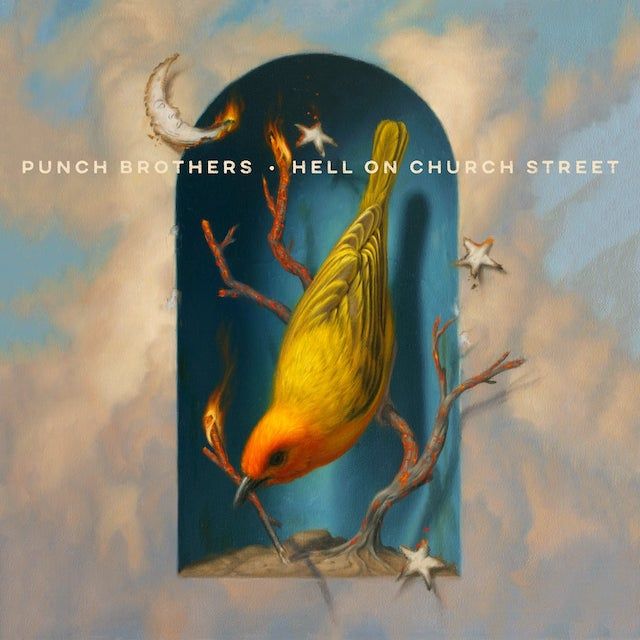