Comfort isn’t the takeaway from many of the eerier stories told on Calico Jim, but they do offer some insight into how the past informs the future - and how small stories can, over the course of history, impact our world and culture at large. 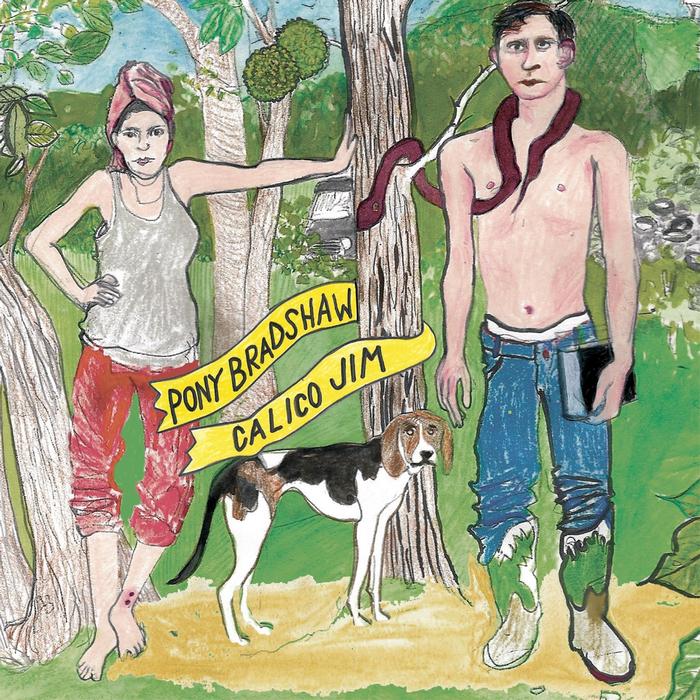 A quest to tap into history is at the heart of Pony Bradshaw’s sophomore effort, Calico Jim, but the stories that Bradshaw tells in his songs never feel as if they’re set in the past. Instead, they establish a through-line between the past and the present, showing how small pieces of history and local mythology affect a series of characters set in rural Appalachia.

It may be the first time that Bradshaw has delved so thoroughly into an exploration of place within his music, but it’s not the first time he’s centered his songs around fully realized characters. The singer established his strengths as a storyteller on his 2019 debut, Sudden Opera; its songs full of effortlessly fleshed-out personalities amongst memorable turns of phrase.

That trend continues in Calico Jim, albeit with a more regional focus. The songs are filled with nuanced - and often haunted - characters, specific enough to be recognizable but vague enough to be representative. In ‘Hillbilly Possessed’, we meet the “snake-handling preacher”, whose faith is so clear and all-consuming that it trumps the deep-rooted prospect of death staring him in the face. ‘Let Us Breathe’ is a bitter railing against the coal companies that profit off the health and lives of their underpaid employees, while ‘Dope Mountain’ and ‘Foxfire’ both contain some salivation-worthy imagery of regional food: microwaved Moonpies, fried morels, peanut cake and monkey bread.

While recording the project, Bradshaw’s mantra was “less glamor, more nutrients”; both the imagery and musical stylings are pared down and considered throughout the project. The subtlety that Bradshaw prioritizes means that it’s easy to overlook some elements of Calico Jim in a casual listen, but it also heightens the payoff during standout moments – in particular the vocal quaver in ‘Guru’, or the lonesome fiddle line in ‘Let Us Breathe’.

Such restraint also applies to Bradshaw’s characters. The titular ‘Calico Jim’describes a man living in “a red state”, who might appear to be a stereotypical hillbilly. “He don’t pick sides, he don’t ever take the bait / He ain’t slow like you think”, Bradshaw sings through the song; “we don’t want your new deal, lock the door / This ain’t no fascist land, let us be, evermore...” For any songwriter, it would be tempting to editorialize or theorize more about who Calico Jim is or what he believes. However, Bradshaw makes a point of not over-explaining their nature. Relinquishing ego as a performer was an intentional piece of making the album, and the importance of doing so was something he agreed on with all his collaborators.

To make the record Bradshaw gathered a group of his musical friends and left his north Georgia hometown for Little Rock, Arkansas. At the end of long days of recording sessions, Bradshaw would unwind with episodes of The Andy Griffith Show, saying it helped him relax at the end of the day. “This technique, which I learned from my father, works like a charm for settling the kids, too,” he explained.

Much like The Andy Griffith Show, there’s something timeless and essential about the stories Bradshaw tells on this record. Whether they are current or not is, in some respects, besides the point. They speak to an aspect of being human that is eternal.

When it comes to Andy Griffith, that timelessness is comforting. Comfort isn’t the takeaway from many of the eerier stories told on Calico Jim, but they do offer some insight into how the past informs the future - and how small stories can, over the course of history, impact our world and culture at large.