All the members of the Po' Ramblin' Boys carry themselves with a like-minded mix of casual attitude and a musical sure-footedness that never wavers. It’s this combination that gives Never Slow Down its accessibility and charm. 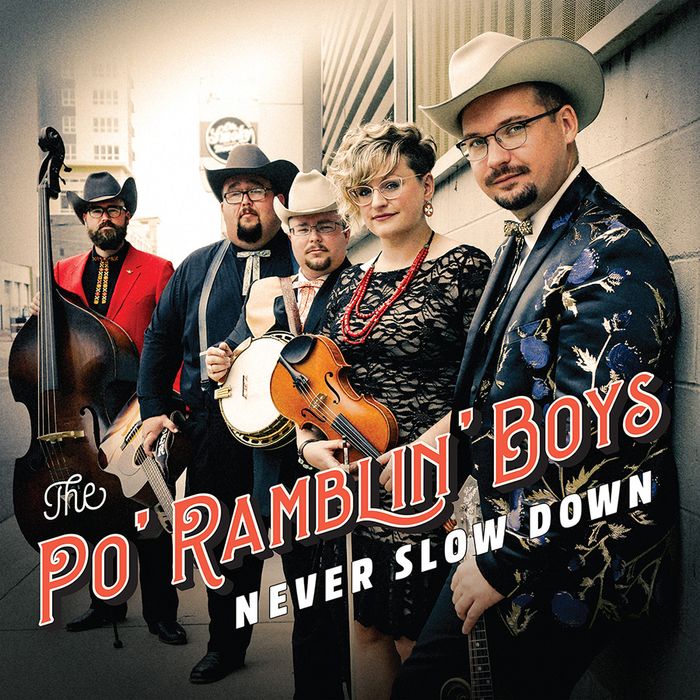 In the run-up to the release of Never Slow Down, Po’ Ramblin’ Boys frontman/mandolinist C.J. Lewandowski explained that the quintet always honors the past, regardless of the liberties it takes with bluegrass tradition—the band’s ethos in a nutshell.

Fittingly, Never Slow Down marks the Po’ Ramblin’ Boys’ debut on Smithsonian Folkways, the legendary label that has unearthed the work of so many roots music pioneers, including Bill Monroe, Del McCoury and Doc Watson.

Lewandowski, for example, recently traveled to Athens, Greece to purchase a 1923 Gibson F-5 mandolin that was finished on the same day as the instrument that became Monroe’s trademark. It is with this same attentiveness to detail that The Po’ Ramblin’ Boys approach classic material by the likes of Hazel Dickens, Alice Gerrard, George Jones and The Stanley Brothers.

That said, while the band has clearly studied the nuances of harmony and feel that characterize so many vintage recordings, with Never Slow Down, they opt not to recreate their ambience. Rather than try to mimic the ghostly distance of songs released in the first half of the 20th century on 78rpm records, they give Dickens’ ‘Ramblin’ Woman’, for example, a crisp production sheen while staying true to the essence of the song.

Conversely, the band transports contemporary singer/songwriter Mark Erelli’s murder ballad ‘Take My Ashes to the River’ back in time (while keeping with the modern fidelity of the whole record). Fans will immediately notice the presence of fiddle player/vocalist Laura Orshaw, who makes her debut as an official band member (after having guest-performed with The Po’ Ramblin’ Boys since 2017).

Orshaw enriches ‘Take My Ashes’ with a backing vocal harmony that’s both precise and loose. She starts her lines either ahead or behind Lewandowski’s main vocal as if she were completely carefree—almost tipsy yet never falling off rhythm. Orshaw practically lands on a different harmonic interval with every word, nailing each note with bullseye accuracy.

Orshaw’s contribution here simply can’t be overstated. Across the board, she graces the songs with layers of texture and emotional breadth the band simply didn’t have before, to say nothing of her lyrical violin style. But all of the players carry themselves with a like-minded mix of casual attitude and a musical sure-footedness that never wavers. It’s this combination that gives Never Slow Down its accessibility and charm while the substance of the music sneaks up on you.

At the end of the day, it’s perhaps the ultimate compliment to say that Never Slow Down would work perfectly in a noisy bar setting - precisely the place where people aren’t over-thinking notions of musical authenticity.

“Preservation”, Lewandowski said, “isn’t just about keeping everything exactly as it was. It’s more about telling the story and adding to that story every day.” With Never Slow Down, The Po’ Ramblin’ Boys leave their mark on “that story” in a most discreet and unassuming - yet firmly grounded - way.

Never Slow Down is out Friday, Mar. 25th via Smithsonian Folkways Recordings. You can purchase the record from Holler's selected partners below: 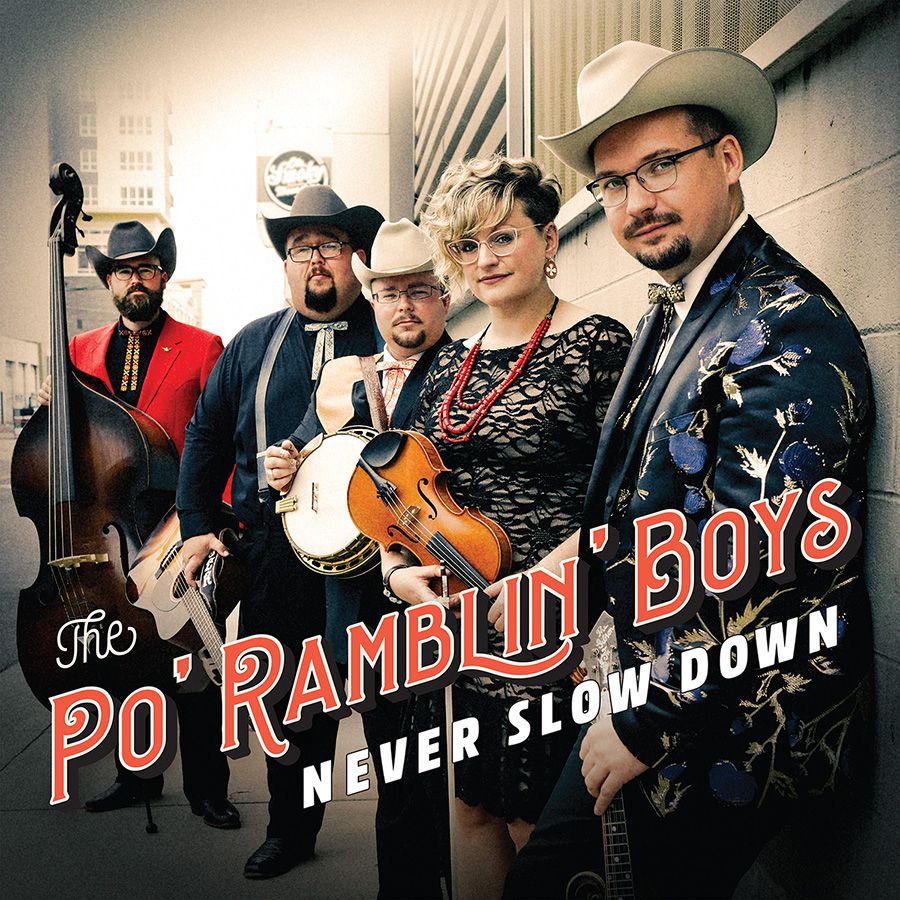