It’s the unabashed enthusiasm infused in every song in this set that gives the album an indelible identity. Little wonder then that Bliss is so consistent and contagious. 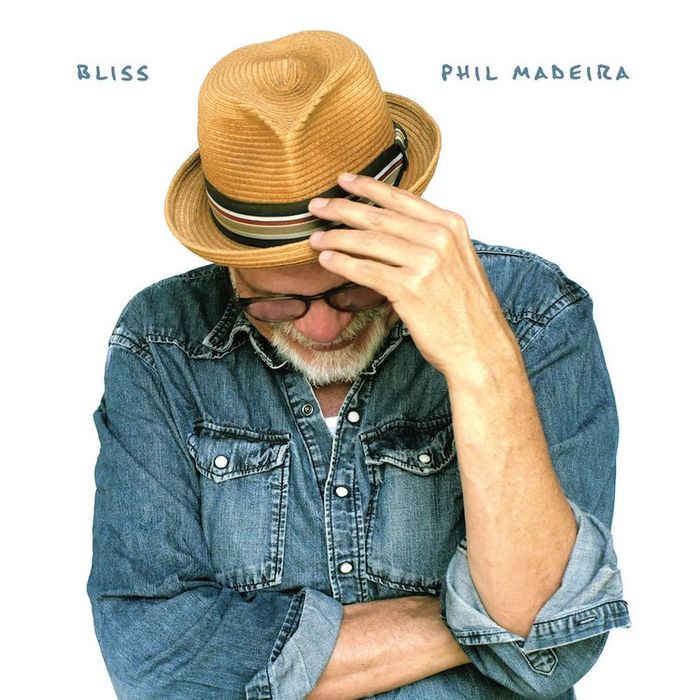 A songwriter, producer and multi-faceted musician, Phil Madeira is best known for his efforts on behalf of others. Indeed, the luminaries that have sourced his songs include such notables as Toby Keith, Garth Brooks, Emmylou Harris, Alison Kraus and The Civil Wars, among the many.

The Nashville native has also shared his skills on stage and in the studio, beginning with his work as part of the Phil Keaggy Band in the mid 70s, and, most famously, as a member of Emmylou Harris’ backing band, The Red Dirt Boys.

Despite all that outside activity, he’s judiciously devoted himself to his own solo output as well, releasing a string of solo albums that go back some 35 years. His new offering, tellingly titled Bliss, shares a cool confidence gleaned from an already accomplished career.

As the title implies, it’s a decidedly breezy set of songs, one that frequently brings to mind the jazzier side of Steely Dan and the easy lope of early Little Feat. Most of the material veers from swing to shuffles, with a soulful sound infused in it all. Madeira employs an astute ensemble to assist him in the process, including two fellow veterans of the Red Dirt Boys - bassist Chris Donohue bass and drummer Bryan Owings - both whom ensure a consistent groove.

The brassy ‘Star,’ the snappy sounding ‘Get To Me,’ the soulful sway of ‘Lazarus’ and the staccato rhythm that underscores ‘You Do Something To Me’ keep the ebullience intact. When Madeira sets his sights on the Crescent City via the vicarious vamp ‘When I Take You Down to New Orleans’, the groove is fully engaged.

Notably, these songs complete a trilogy that detailed a downward cycle, one that forced him to endure loss, grief and the need to find renewed determination in the face of turmoil and tragedy. His earlier albums, Hornet’s Nest and Open Heart, found him baring his soul while attempting to cope with the loss of his wife to cancer. Bliss, however, signals a newfound sense of celebration while finding promise, purpose and possibility as a new chapter of his life unfolds.

That’s especially evident in the song ‘Not Afraid of Loving You,’ the most measured melody in the set, and also its most expressive. So too, the lounge-like sound of ‘I Won’t Question Love’ and the sweeping celebration of closing ballad ‘Don’t Worry About Tomorrow’ convey the unbridled optimism that Madeira can clearly claim as his own.

It’s the unabashed enthusiasm infused in every song in this set that gives the album an indelible identity. Little wonder then that Bliss is so consistent and contagious.