Patty Griffin’s new collection of previously unreleased demos and home recordings makes up for unvarnished production by capturing the immediacy of inspiration and sure-footedness of a master songwriter at work. 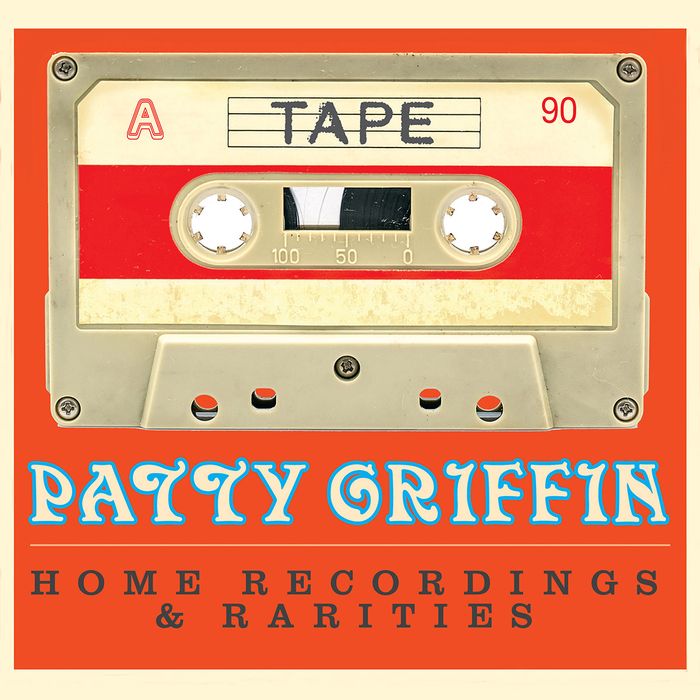 I’ve always loved retrospective exhibits which display a visual artist’s study sketches and notebooks alongside masterworks. The production value may be next to nil, the materials less than archival, but the spark of inspiration and root feeling that can propel creation often comes through stronger than in the more polished pieces. Such is the case on Tape, Patty Griffin’s new collection of previously unreleased demos and home recordings, which makes up for unvarnished production by capturing the immediacy of inspiration and sure-footedness of a master songwriter at work.

Griffin’s long been a genius at expressing multiple facets of feeling, be it hope or despair, delight or doom and Tape is a testament to just how authentic this impulse is. Toggling between intimate excavations of personal emotion and character-driven story songs, she gives voice to characters and feelings who would not otherwise have their due.

‘Get Lucky’ establishes the album’s spare sonic palette as well as its thematic threads; chiefly love, hope, faith and chance.We hear the slap of strings, the echo of the room (perhaps Griffin’s kitchen?) as she sings “one more time / one more day / maybe we’ll get lucky along the way.”

‘One Day We Could’ is a sensory-rich story-song about a couple trying their luck in Atlantic City. With its slot machines, moonless lights and house-sized chandeliers, Griffin paints a vivid scene while inhabiting the perspective of someone taking their chances on “Jose with the faraway look in his eyes and the troubles so deep.”

‘Strip of Light,’ clocking in at a spare 1:57, is just as evocative, if more intimate, equal parts self-affirmation, kiss off and mission statement:“I’ve wasted years where there was no love before / so I won’t waste your time anymore.” The song struck me as a flip side to ‘Rain’ a lovelorn song from Griffin’s earlier 1000 Kisses. Heartbreak might lay you low, but it can also serve as a catalyst for actualization.

Tape contains several actual studio demos including ‘Don’t Mind,’ a loose sexy romp of a duet between Griffin and Robert Plant, recorded shortly after the former couple first met.“Your eyes say look my way / I don’t mind if I do,”Griffin sings, sounding a bit like Bonnie Raitt at her bluesy, knowing best. Then Plant’s saucy voice joins in and the chemistry between the two sounds combustible. A backing band hitches onto the flirty mood adding up to a small bonfire of a song, a welcome tonic to the collection's more pensive tracks.

It’s a complete, realized collection, despite how it was recorded or when the songs were written, that falls into the same category as Roseanne Cash’s 10 Song Demo and Miranda Lambert’s Marfa Tapes. While Griffin’s initial aim in recording these songs may have been simple to get ideas down, there’s never a sense of holding anything in reserve. This is most evident on the piano ballads, including ‘Forever Shall Be’ which finds Griffin singing “Take the time away and and wind it down / go to sleep and dream of golden days and let time carry us away” in a plaintive voice, part lullaby, part invocation.