The 14 tracks that make up his delightful debut album, Good Time, are full of barefoot, homespun wisdom. Niko Moon sits back, forgets all about it and just lets the world go by. 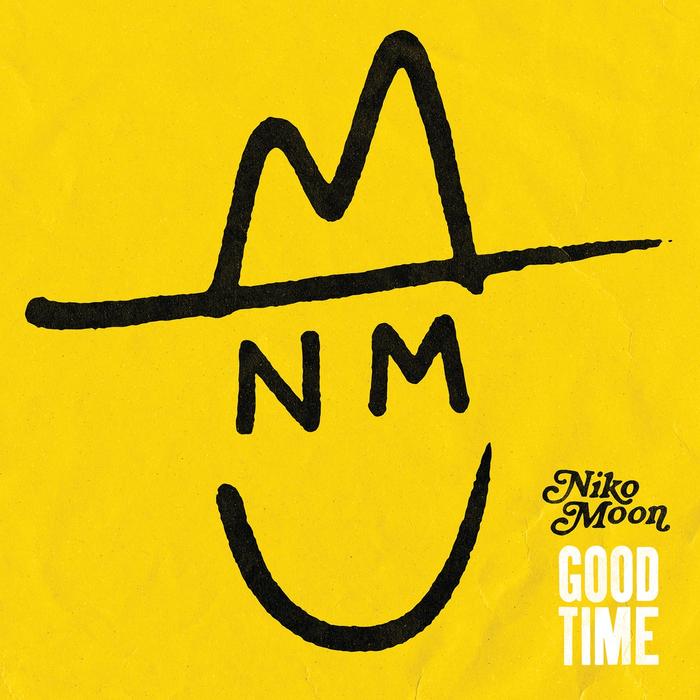 “Sometimes the smallest things take up the most room in your heart”, said Winnie The Pooh once, wisely. Niko Moon has a lot of room in his heart for the small things in life - piña coladas down on the beach, catching a buzz, kicking back, killing time and letting a cool breeze blow over him - it all seems like paradise to him.

His songs are full of barefoot, homespun wisdom; “Somethin' about a night this clear makes your problems disappear”, he sings on the title track, as he relaxes in a folding chair, “we’re just gonna stay right here and let the world go by”.

That’s exactly what he does over the course of the 14 tracks that make up his delightful debut album, Good Time. He sits back, forgets all about it and just lets the world go by.

Coming off the back of co-writes for Zac Brown Band and Rascall Flatts, he’s produced his first full solo outing alongside his long-time collaborator and friend Joshua Murty, and all but one of the songs were co-written with his wife, the singer Anna Moon.

Mixing the old school traditionalism of Jon Pardi or Dierks Bentley with bouncing trap beats and crispy country funk basslines, you imagine it’s how Bruno Mars would sound if he ever made a country album. It’s possibly the most upbeat and infectious party country record you’ll hear all year - Moon is carrying around the tray of entrées and topping up our moonshine jars all night long.

Along the way, he takes us ‘Way Back’ to the wild Friday nights, bar fights and fake IDs of his youth, compares the women in his life to an assortment of different alcoholic drinks on ‘Last Call’ (Southern comfort, sex on the beach, “sweeter than the finest wine, smoother than a whiskey rye, stronger than moonshine”), mixes “Willie and Hank with some Ying Yang” with the windows rolled down on ‘Paradise To Me’, and hands down dysfunctional fatherly advice on ‘Without Sayin’ A Word’.

Without ever missing an opportunity to put a long week at work behind him, he’s down to earth and loveably simple-minded; like a Love Island contestant, or Bill and Ted. For Niko Moon, it’s always party time. Excellent!! You can’t help but find him completely adorable. He can’t dance, he can’t cook, he can’t save money, he can’t speak Spanish and he isn’t even very good at fishing, he admits on ‘Good At Loving You’. Bless him. He’s like Winnie The Pooh when he’s got his head stuck in a honey pot. Good Time is here, chock-full of country club-ready bangers to get your Lucchese boots clicking.

Now let’s play a quick game of Moon or Pooh. The rules are easy. We give you a quote and you have to say whether you think it’s from Winnie The Pooh or Niko Moon.

“It’s a simple life and I can’t get enough”

“People say nothing is impossible, but I do nothing every day.”

“You'd think its huntin' season by the way I'm killin' the Goose”,

Answers on a postcard.

You can purchase Good Time from Holler's selected partners below: