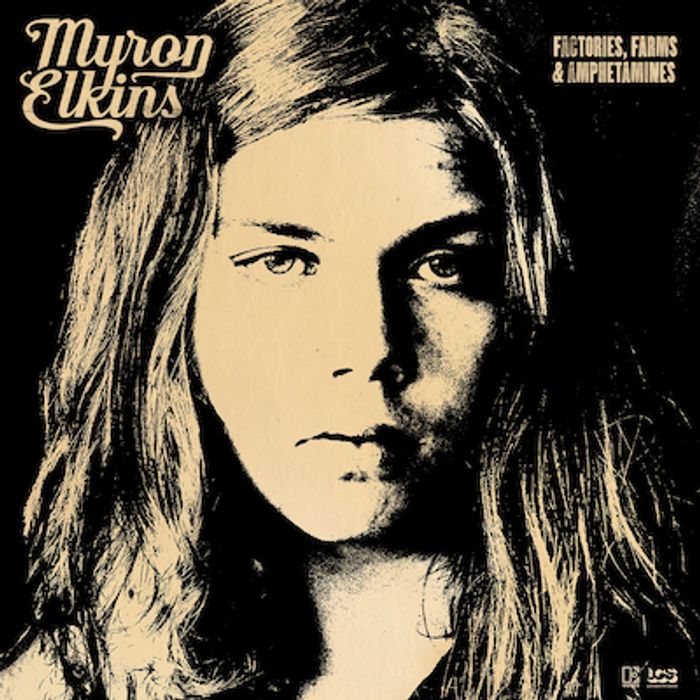 Factories, Farms & Amphetamines may seem like a profoundly auspicious title for a debut album. Considering the fact that Myron Elkins, the artist responsible, is only 21, it implies a somewhat presumptuous attitude as well.

Elkins never intended to pursue a musical career, but only came to that decision after a relative signed him up for participation in a local battle of the bands. With no more than three weeks to prepare, he put a band together, entered the competition and emerged with a respectable second place showing.

The experience changed his life.

Now, with an A-list producer in Dave Cobb, Elkins is making good on that promise through a combination of prowess and possibility. With songs spawned from a personal perspective, one that reflects his blue-collar origins, it comes across as a gritty, no-holds-barred glimpse at life in America’s heartland, while extracting the raw emotion that’s filtered through everyday experience.

That’s evident at the outset, courtesy of the stomping sound of ‘Sugartooth’, a song that sets the tone for the album as a whole. The title track follows, its pulsating rhythm emitting a sense of urgency and enticement. By the time ‘Hands to Myself’ rolls around, it’s clear that Elkins’ confidence is fully assured; a mid-tempo rocker that tackles the difficult subject of domestic abuse, it solidifies his stance as a no-nonsense Everyman offering empathy as needed.

In that regard, Elkins positions himself as a would-be heartland hero, modeled, perhaps remotely, after Bob Seger or John Mellencamp, given a similar sense of determination. Like those two iconic individuals, Elkins doesn’t mince words or temper his approach in order to sweeten his sound. ‘Mr. Breadwinner’ puts the focus on domesticity, but it still comes across as solid and steadfast through its arched delivery.

The equally emphatic ‘Ball and Chain’ offers a similar homage to duty and responsibility, albeit with a hint of rockabilly twang. Likewise, he proudly asserts the fact that while he comes from the ‘Wrong Side of the River’, he remains unbowed, not only accepting his circumstance, but fiercely proud of it as well.

Still, Elkins can’t be accused of complacency. ‘Nashville Money’ takes a critical look at the possibilities offered by fame and fortune. ‘Old Trauma’ is fueled with turbulence and tenacity, making it clear this young buck isn’t about to simply accept the demands forced on him in exchange for stardom.

‘Good Time Girl’ offers the only example of what could be considered typical pop posturing, thanks to its fairly easy pace. On the whole, there’s little that differentiates one song from another, especially given the album’s rugged demeanor and irrepressible attitude. Nevertheless, Factories, Farms & Amphetamines is a strong start, and one that suggests Elkins potency and potential will become increasingly evident as time goes on.