MBD’s latest nine-song opus is moderately more cohesive and, dare we say, accessible than some of their previous work. 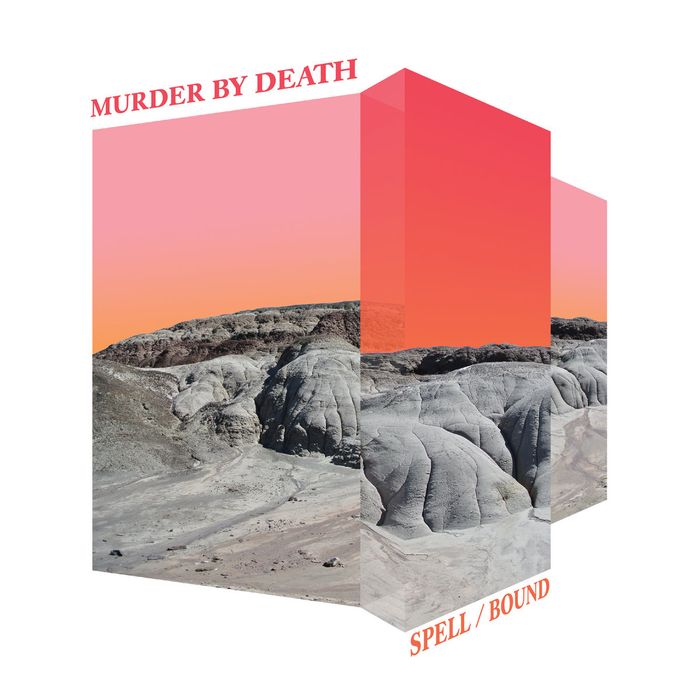 It has never been easy or advisable to pigeonhole Indiana experimentalists Murder By Death. This ensemble have been ducking and swerving attempts to be defined since their 2002 debut, Like the Exorcist, but More Breakdancing. Now, on album number nine, no one’s any closer.

Perhaps their own vague encapsulation of “whisky devil music” comes closest to tying together the disparate threads of American gothic, country, folk and pensive rock. Some have pegged them simply as menacing, with vocalist Adam Turla labeled as a combination of Johnny Cash and Nick Cave. Enhancing this enigmatic approach are albums built around some odd and occasionally disturbing concepts, usually with oblique, good/evil undertones.

In addition to 2020’s peculiar Christmas album, appropriately titled Lonesome Holiday, the group has cranked out three sets of often bizarre, intermittently unsettling covers plucked from such unlikely and incongruent sources - from Oingo Boingo to Prince and Fleetwood Mac, Willie Nelson to Kenny Rogers. Head spinning only begins to describe their influences and methodology.

All of this is to prepare you for Spell/Bound. MBD’s latest nine-song opus is moderately more cohesive and, dare we say, accessible, than some of their previous work.

When discussing the early single, ‘Everything Must Rest’, Turla said; “It's just your average baroque-western-goth-new wave-indie-pop summer gem”. For a song that seems to be about how the protagonist is devastated by the departure of his love interest, singing “I was a mess when you left / I had to put the coins over your eyes”, it leads you to believe there was foul play involved.

If there is a subject connecting these songs, it’s difficult to ascertain. While the aforementioned single is more straightforward, there is still plenty of the old Murder By Death bleakness on display. One listen to the quirky, string-led gloom of ‘Incantation’, with its equally idiosyncratic lyrics about the end of days (“May you turn to bone meal and be laid to waste”), it’s clear fans of the band’s aesthetic need not worry about commercial radio taking notice anytime soon.

That’s not to say these tracks that plunder the deep, creepy, rustic woods with ghostly strings and doomy beats aren’t more approachable than much of the band’s former output. The moody acoustic guitar, sweet piano and sing-along chorus that sets the tone for ‘I’ll Go’ seems cushy, at least in comparison to what once defined them before.

Spell/Bound is geared for those still willing to walk on the outfit’s wild side, at least for 40 minutes. Some may question the band’s country affiliations, but they are certainly there, partially obscured yet one of the many stimuli that make Murder By Death one of Americana’s most experimental, challenging and ultimately compelling acts.

Murder By Death's Spell/Bound is out 7/29 via Many Hats Records.