Once Guyton began being true to herself and her own artistry, she was able to make this exceptionally moving and politically powerful EP. 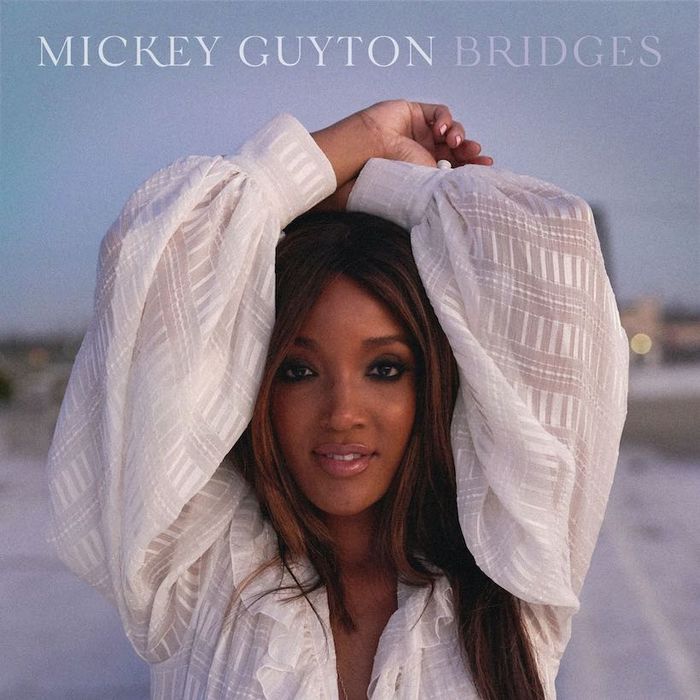 After trying to tick all the boxes a female singer is required to tick in Nashville, and still not breaking through or being played on country radio, Mickey Guyton gave up and started playing by her own rules. She began working with women writers and producers and rejected all the labels thrown at her from the white country music establishment that told her to be ‘less black’, ‘less pop’, ‘less traditional’- basically, ‘less Mickey Guyton’. Once Guyton began being true to herself and her own artistry, she was able to make the exceptionally moving and politically powerful EP Bridges.

“The crazy thing is”, Guyton explained, “with the turn of events and the social unrest and the pandemic, it actually inspired me that much more. I was already writing on social issues and life issues, and this just helped continue that conversation.”On 2nd June - the day the music industry blacked out their social media feeds and stopped releasing or promoting music in response to the murders of George Floyd, Ahmaud Arbery and Breonna Taylor - Guyton decided to respond with the song ‘Black Like Me’. The song is Guyton outlining all the things that she had ever wanted to say about her experience as a black woman in America. “It's a hard life on easy street/ Just white painted picket fences far as you can see/ If you think we live in the land of the free/ You should try to be black like me”. With Guyton’s soulful and powerful voice set against a backdrop of piano, steel guitar and handclaps, ‘Black Like Me’ is a heart-breaking story of what a majority of black people face in the United States, but at the same time, it’s an anthem of acknowledgement and of finally being seen.

‘What Are You Gonna Tell Her?’ opens with the sounds of a toy piano, as Guyton sings of all the false ideals children are brought up believing, from the perspective of an adult who knows that justice is only for the privileged few. “She thinks love is love, and if you work hard that's enough/ Skin is just skin and it doesn't matter”. As the song hits the chorus, the piano replaces the sounds of innocence and Guyton’s voice becomes more impassioned. “But what are you gonna tell her when she's wrong?/ Will you just shrug and say it's been that way all along?”.

Bridges is a flare being set off in the night sky. It is Guyton firmly saying enough is enough, whether it’s institutional racism in the United States, gender discrimination, double standards, or even the country music establishments’ prolific borrowing from black music, but actively failing to credit black artists to the degree they deserve. Bridges is that moment where truth and experience meet.