Leave it to M. Ward to release one of the most downbeat and melancholy albums of his career - just in time for the Christmas season. 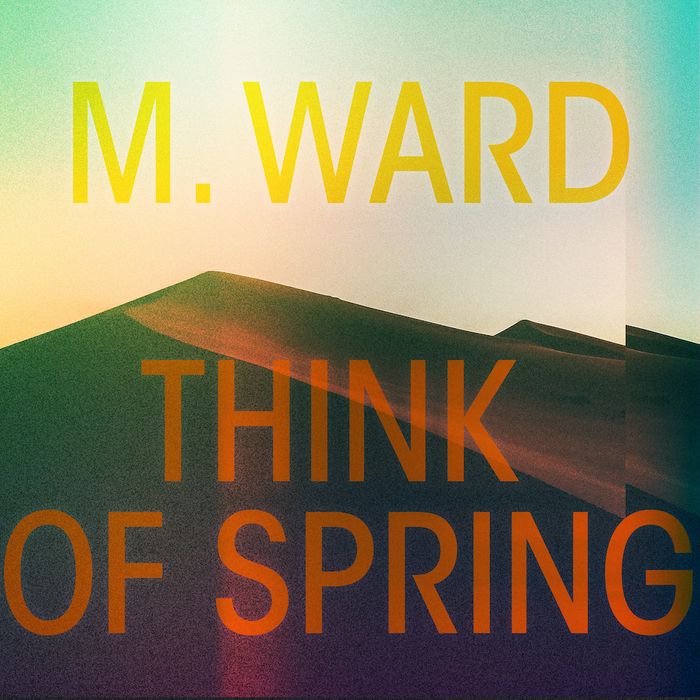 Leave it to M. Ward to release one of the most downbeat and melancholy albums of his career - just in time for the Christmas season.

Despite the somewhat positive outlook expressed in the title, this stripped-down set of songs - all once sung by Billie Holiday - is far removed from the thoughts of renewal that are generally associated with spring. Rather, Ward takes Holiday’s tracks - all but one from her 1958 classic Lady in Satin - and breaks them down to just a softly strummed or picked guitar, all in support of his typically hushed vocals.

The titles tell most, but not all, of the story. American Songbook classics like ‘You’ve Changed’, ‘I’m a Fool to Want You’ and ‘I Get Along Without You Very Well’ suggest sorrowful scenarios of fading, lost or unrequited love, without even hearing the lyrics. On ‘It’s Easy to Remember’, Ward sings “I know it’s over and yet / It’s easy to remember but so hard to forget” with the painful twangs of sorrow and regret that the words imply. The protagonist of ‘I’ll Be Around’ promises to be there even when his ex’s new boyfriend eventually leaves - if that ever happens - closing with a foreboding “I’ll be around for now on”.

Ward plays this straight. Removed from the plush shimmer of the orchestrated originals, the material now reflects a deeper sadness and hopelessness to the situations at hand. It’s no accident he chose Holiday’s Lady in Satin collection to reprise. She was on a downward spiral during those sessions, bringing all of life’s tragedies into her voice. While some of the “moon-June-spoon” lyrical tropes of the era appear, Ward’s matter of fact, muted voice sells the concepts with an honesty, warmth and intimacy that dovetails perfectly with the subject matter.

Regardless of how familiar you are with Holiday’s performance, Ward’s folksy interpretations cause you to hear these songs in a more personal and introspective light. Some subtle enhancements - like the double-tracked guitars and ghostly echoes on Ward’s voice in ‘Violets for You Furs’ - make his versions even more evocative. While Ward may have recorded Think of Spring in the studio, you could easily imagine him having hunkered down in his bedroom instead.

It’s natural for anyone listening to these rearrangements to refer back to Holiday’s recordings and revel in one of her finest and most intimately revealing emotional works, one that hasn’t aged - even with its occasionally splashy backing and production - in over 60 years. Whether Ward’s far less sumptuous approach will last as long is yet to be seen. “You don’t know what love is / until you’ve learned the meaning of the blues,” sang Holiday in lyrics that seem ripped from her own difficult experiences. M. Ward brings those feelings back to life in a moving, unvarnished and poignant reimagining.