The Texan master’s first album in a decade alternates between the large-ensemble jazz of his childhood and the stripped-down twang that’s long been his signature. 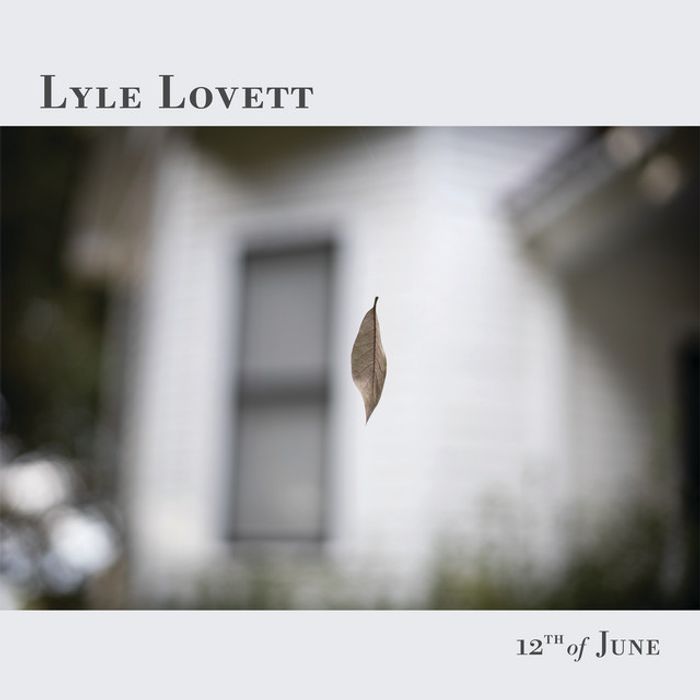 It’d be an understatement to say that singer-songwriter Lyle Lovett has always been keen to emphasize his roots. After his career got off the ground following the release of his self-titled debut in 1986, Lovett chose to remain in the home he grew up in — built by his grandfather in a once-rural area outside of Houston, Texas.

Unsurprisingly, his new album 12th of June maintains this strong sense of identification with home. Named after a family tradition that takes place every year at a small graveyard on their property, 12th of June looks back over Lovett’s life, alternating between the large-ensemble jazz he heard at home in childhood and the intimate, stripped-down twang that’s long been his signature. In truth, the album doesn’t reveal any new shades in either direction, but it does convey a poignant sense that Lovett, now aged 64, is aware that time is passing.

12th of June marks the third studio album to feature Lovett’s playfully named Large Band, which he first introduced on 1989’s Lyle Lovett and His Large Band. At the time that he came up with the name, Lovett wanted audiences to understand that he wasn’t playing big-band music in a literal sense. Instead, the Large ensemble has operated as something like a cross between a big band and a Western swing orchestra, with blues and gospel thrown-in for good measure.

Of course, Lovett and company play some traditional jazz, too. The album kicks off with a straightahead big-band arrangement of hard bop pioneer Horace Silver’s 1959 instrumental ‘Cookin’ at the Continental’. Elsewhere, the Large Band takes a turn at the 1944 Nat King Cole standard ‘Straighten Up and Fly Right’, the first of two duets with vocalist Francine Reed. Reed, guitarist Ray Herndon, steel player Paul Franklin and trombonist/horn arranger Charles Rose have worked on and off with Lovett for decades, so there’s a familiarity and ease that comes across in the demeanor of the performances.

Lovett’s stock in trade has been his unparalleled ability to generate intensity while seeming calm, collected and completely unhurried. If Lovett didn’t quite sound old a quarter century ago, then he certainly sounded wise. His wry, economical wordplay has made it easy to overlook the mastery in his craft - not only did he break the mold, but he made songwriting look easy. As always, throughout 12th of June, Lovett delivers poignant, carefully sculpted lines about being put to rest in a river (the title track) or, say, the kind of unvarnished intimacy that glows most in silence (‘On A Winter’s Morning’).

He can be just as laser-accurate and poetic when singing about the joys of eating bacon and going pantless. At times, the boisterous, filled-out jazz sound gives Lovett’s deadpan humor more room to carry, as if he were allowing himself to have fun rather than hold back. But at this stage in his career, he sounds more settled than sharp. And after a decade-long wait between releases, 12th of June feels a touch too settled, even on its three heartfelt ballads that don’t quite gel with the rest of the song sequence.

Understandably, Lovett has reached a point where he’s more occupied with looking back than pressing forward. If your idea of a good time is sitting under the stars on a summer night being serenaded by the Large Band, 12th of June is for you. But if you’re drawn to the alluring reserve of albums like The Road to Ensenada and I Love Everybody, you’re better off revisiting the back catalog.

12th of June is out now on Verve Records.