While the laid-back nature of it could use more of the energy exhibited on much of his other work, it demonstrates that slowing down to reevaluate your life, whether you planned to or not, is time well spent. 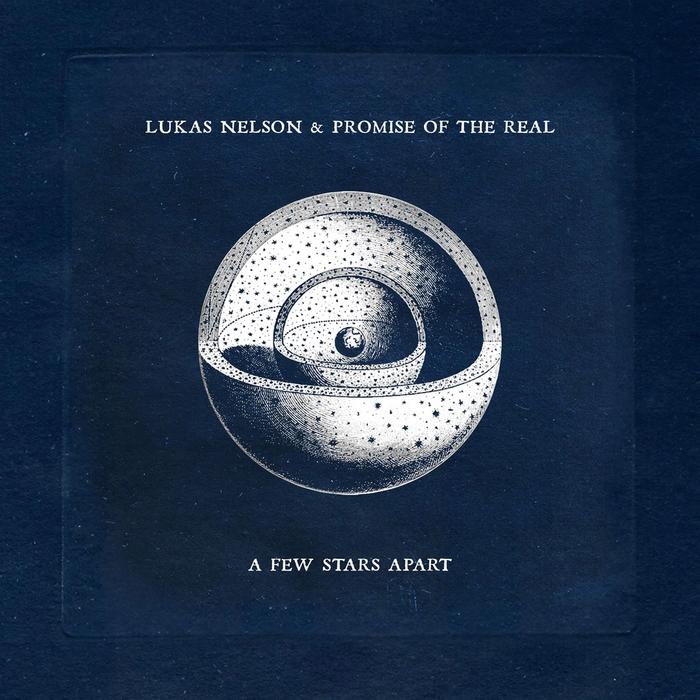 It’s clear that the apple doesn’t fall far from the tree, as the cliché goes, at least concerning Lukas Nelson and his iconic dad Willie. Seldom is that truer than when pushing play on the opening track of Lukas’ new record, his third in three years. On the soft love song ‘We’ll Be Alright’, his voice sounds so much like his dad’s from a few decades ago that you may wonder if an old Willie track wasn’t mistakenly used instead.

In the midst of the pandemic, Lukas and his Promise of the Real band decamped to producer Dave Cobb’s home turf, Nashville’s legendary RCA Studio A, for three weeks. They knocked out 11 mostly strummy Americana singer/songwriter tracks live in the studio, captured old-school vibes onto 8-track tape.

It’s a far more introspective collection than the politically oriented, tougher approach of 2019's Turn Off The News (Build A Garden). The younger Nelson used the time off the road in 2020 to reset psychologically, writing sweet love songs and generally being more contemplative than in the past. When he croons across slower songs like the waltz of ‘Hand Me a Light’, it’s difficult not to reference the work of his famous father. But rather than leaning towards outlaw country, these good-natured melodies amble by with peaceful ease, not far removed from an early Eagles sound.

A few mid-tempo moments such as the sensual ‘Wildest Dreams’ - a hooky potential single where Lukas sings to a lover “And I picked you up and carried you / And I lay you on the bed / And we created a memory / I won’t soon forget” - help balance the largely meditative mood. There’s a hint of Harvest-era Neil Young (who Nelson and his band supported on a few tours) in the ‘Old Man’ ramble of ‘Leave ‘Em Behind’. The jaunty folk/country shuffle of ‘More Than We Can Handle’ advocates for looking on the bright side even when the world is collapsing around you, and on ‘Smile’ Nelson releases the tension of constantly touring with “I’m through confessin’ / I learned my lesson / The winding road brought me home”.

There’s yet more self-reflection in ‘Perennial Bloom (Back to You)’ as he sings “Some of the stillness I have found is bound to last”, making for one of the record’s most memorable moments. He also finds tranquillity in staring at the nighttime sky as expressed in the title track, another honeyed ballad with a melody that gleams like the titular celestial objects.

Nelson is backed by the other four members of his Promise of the Real outfit, but it’s difficult to tell. Their anonymous playing blends into the background, providing the singer/songwriter with pleasant if somewhat faceless work that doesn’t add much character to the sound. They could just as well be studio musicians since Lukas is squarely in the spotlight, without much attention paid to his longtime, co-billed group; musicians with far more talent than is credited for here.

No, this is all Lukas Nelson’s album. While the laid-back nature of it could use more of the energy exhibited on much of his other work, it demonstrates that slowing down to reevaluate your life, whether you planned to or not, is time well spent.

Lukas Nelson & Promise of the Real's new album, A Few Stars Apart, is out this Friday (6/11) via Fantasy Records.

One Hot Minute: Lukas Nelson & Promise of the Real