Rather than breaking new ground, Blood Harmony finds Larkin Poe reasserting a claim to their Southern rock root, but the album's quieter moments hint at a possible new, even more compelling, frontier. 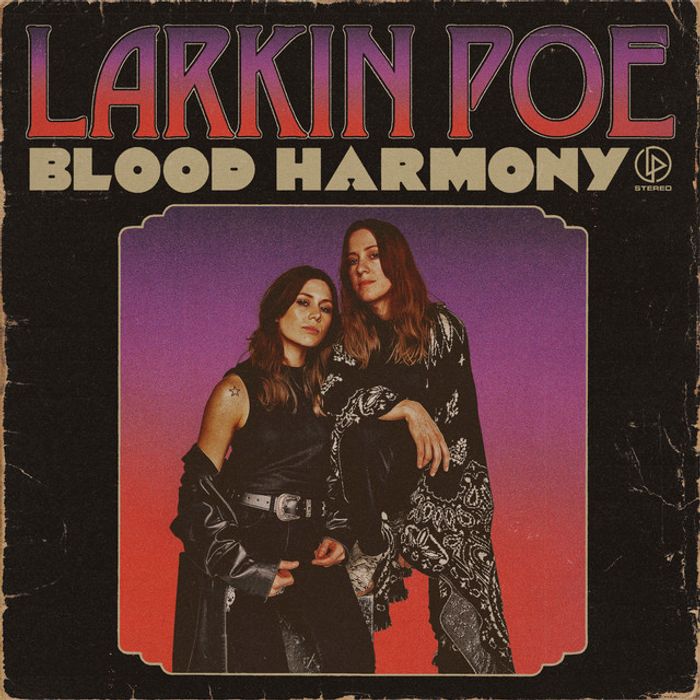 While its title alludes to their sibling relationship, one gets the feeling Larkin Poe left some actual blood on the studio floor when they made Blood Harmony. The Nashville-based sisters Rebecca and Megan Lovell’s sixth studio album is a fiery, guitar-forward rock offering with an assured and resonant chemistry.

Recorded along with touring bandmates Kevin McGowan on drums and bassist Tarka Layman, the songs on Blood Harmony sound both live and stadium ready, a spirit served well by Tyler Bryant’s vivid production.

Opening track ‘Deep Stays Down’ is teasing and twanging, the sisters trading electric guitar and slide licks and harmonizing on the refrain. Lead singer Rebecca invokes the vaguely defined ‘Bad Spell’ through the sheer force of her husky vocal rather than explication. Likewise, ‘Strike Gold’ is all bluesy swagger and determination, the infectious chorus of “ooo-ooo-ooo–oos” an invitation to sing along.

Larkin Poe’s songwriting shines brightest when addressing their roots and relatedness. ‘Blood Harmony’ celebrates the singing voice that is their inheritance in a way that feels both fresh and heartfelt. “More than flesh / More than bone/ When you sing / I don’t sing alone,” they sing on the title track.

With its rhinestone skies and peaches, ‘Georgia Off My Mind', a sassy song about leaving their hometown for Nashville, has the rich details missing on some of the harder-driving tracks. ‘Southern Comfort’ is steeped in a longing for their native terrain, painting evocative scenes of the roads they’ve traveled from there to the stage; “Blue jeans, leaning on a hot car / Broke every string on my own guitar.”

Ballad ‘Might As Well Be Me’ is a welcome emotional change up, allowing the listener to bask in the rich and reflective vocals before the band goes back to the party.It’s a too-brief moment on the high-octane album.

Rather than breaking new ground, Blood Harmony finds Larkin Poe reasserting a claim to their Southern rock roots… but the album's quieter moments hint at a possible new, even more compelling, frontier.

Blood Harmony is out on Friday 11th November via Tricki-Woo Records. You can purchase the record from one of Holler's selected partners below: 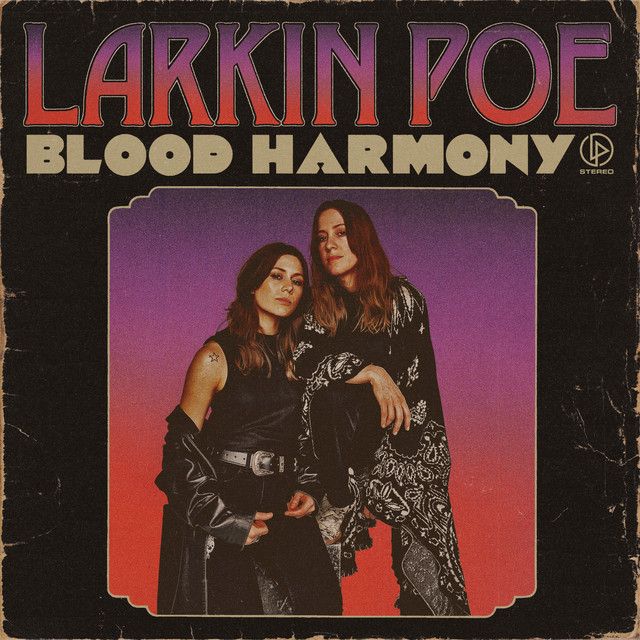