A performance that captures a historically significant, ragged but right moment from one of country music’s most renowned figures. 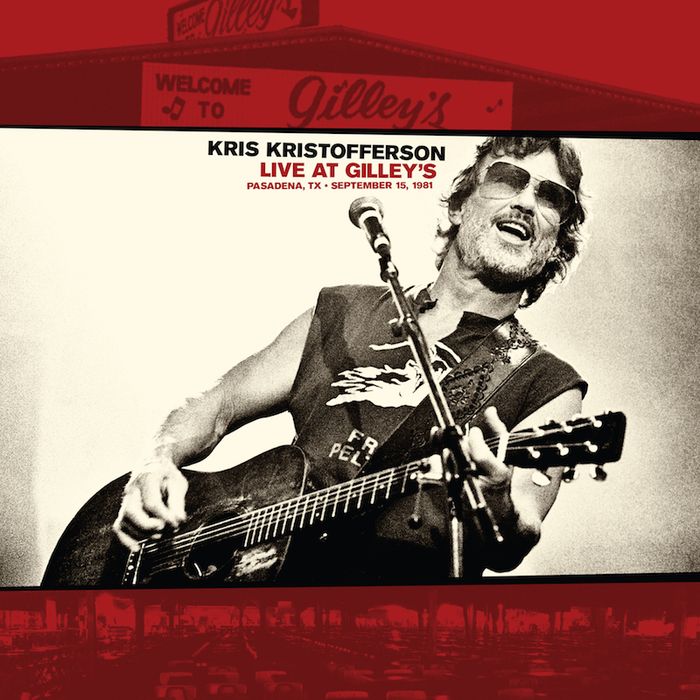 No one lost any sleep coming up with a snappy title for this impressive Kris Kristofferson show. Regardless, the 15-song concert, recorded on the final night on his 1981 tour, is a respectable recap of a songwriting career that extends back to the mid-60s.

Kristofferson was a major star at this point, although one whose fortunes were in limbo. An acting career that exploded with a co-starring role in 1976’s A Star is Born had stalled out. A high-profile marriage to Rita Coolidge ended in divorce a few years earlier, and his recent albums weren’t selling. That explains the heavy reliance on classics which dominate this rather short 45-minute set. Only one selection from the then current 1981 To the Bone album is played.

Still, it’s gutsy to start with an unusually pumped up version of ‘Me and Bobby McGee’, since that was, and remains, one of his biggest hits, albeit through Janis Joplin’s version. It’s a smart move because the audience is immediately involved, hooting, howling and even shrieking with the kind of fervency a Hollywood leading man generates.

Gilley’s held a few thousand, likely well-oiled, people all vociferously demonstrating their appreciation. But when Kristofferson slides into the waltz-time ballad story-song ‘Here Comes That Rainbow Again’, which hadn’t yet been released, that fan feedback is disrupting and even improper. Kristofferson, though, genuinely thanks them for their “spirited” reaction.

The all-star band of country pros he fronts is notable. Some like Billy Swan (guitar) and Donnie Fritts (keyboards) are legendary in country circles. Also along are Stephen Bruton (guitar/mandolin) and session pro bassist Tommy McClure.

It takes a while after the opening for the gig to find its footing. But it does after the obligatory new number, ‘Nobody Loves Anybody Anymore’, which features Bruton’s mandolin on a song co-composed with Swan from the latest record. Kristofferson throws in one more obscurity, ‘If It’s All the Same to You’ (from 1975’s Who’s to Bless, Who’s to Blame) before moving into his fertile back pages, filled with tracks that were already classics in 1981 and have remained so.

Any Top 10 list devoted to future Highwayman Kristofferson would include titles like ‘Loving Her Was Easier (Than Anything I’ll Ever Do Again)’, ‘Sunday Morning’ Comin’ Down’, ‘For the Good Times’, and ‘The Pilgrim’. All are ballads yet take on a tougher, more forceful flavor when unspooled on stage, especially with a packed club full of fans excitedly expressing their love of those gems and the singer/songwriter who penned them. Even the closing dirgy ‘Why Me’ gets an emotional and slightly more determined reading.

Kristofferson’s voice is in fine husky shape, the band is rehearsed yet loose enough to provide soulful readings, and even the less familiar material generally connects. The shrieks when he sings the touching ‘For the Good Times’ and ‘Sunday Mornin’….’, however, are inappropriate for the solemnity of the material, as well as distracting.

Newly written liner notes from George Strait, Billy Swan and the late Mickey Gilley help the listener visualize the 1981 club, the audio is clean and very much alive, and while these may not be the finest these Kristofferson songs have sounded, the performance captures a historically significant, ragged but right moment, from one of country music’s most renowned figures.

Live at Gilley’s, Pasadena, TX: September 15th, 1981 is out on Friday September 2nd via New West Records. You can purchase the record from Holler's selected partners below, or via New West. 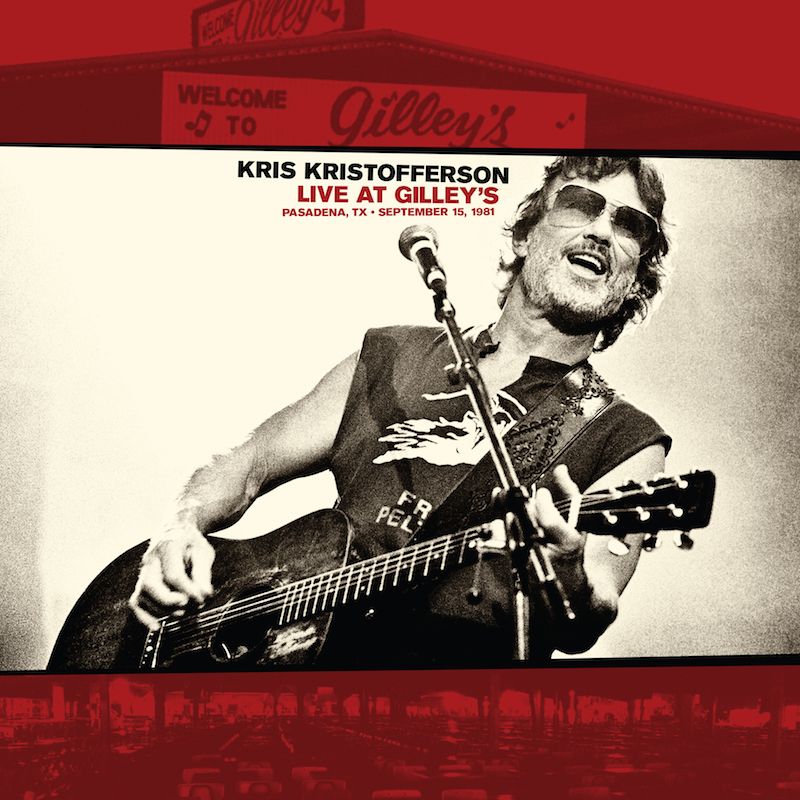