Expectations is an album that begins doubtful and ends delirious, with years of personal growth in between. 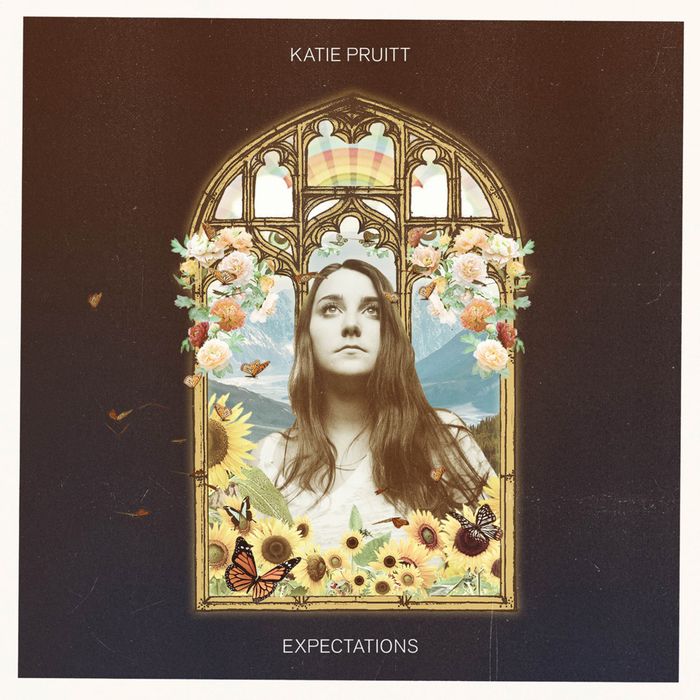 By the time Katie Pruitt made her album debut with Expectations in February 2020, she'd been ready for her close-up for quite a while. Only 26 even now, the Georgia native won a BMI Songwriting Scholarship four years ago, then a Buddy Holly Prize among other garlands. These songs have been in the emotional workshop all that time.

November's Grammy nomination for the record may have been in one of the less headline-grabbing categories, for engineering, but it's a true arrival of an album in every sense. Pruitt has perfected a highly articulate and melodically inviting sound, with arrangements that tend towards folk in her acoustic moments, and to what we once called pop on more built-up band numbers.

One could make the easy comparison with Fleetwood Mac in their harmonising splendour, or occasionally with more modern-rock influences. But perhaps a more interesting juxtaposition is with the sorely underrated Nashville pop-rock stalwarts the Silver Seas, most notably on the title track of Expectations. On 'Wishful Thinking' and 'My Mind's A Ship (That's Going Down)', there are echoes of Kacey Musgraves at her most sweetly tuneful. The connection is that the Silver Seas' frontman, the gifted Daniel Tashian, has been Kacey's producer, helping to oversee her Grammy-hogging Golden Hour.

But it's the narrative momentum that takes Expectations to a higher plane, with lyrics of searing honesty that have Pruitt grappling with her social, moral and sexual identity and her place in the world. Lyrics are rarely quite this obviously first-person or pensive, and the results are inclusive and compelling. In 'Normal', on which she tussles with her Catholic upbringing, she thinks out loud: “Wasted and worn out and wondering 'Where do I fit?', and scared as hell 'cause I knew I was different”. In 'Searching For The Truth', the pain is just as evident: “Everyone, including me, is always trying to be something they're not”.

She has the supple and easy vocals that could work just as well on traditional torch songs, but uses the skill sparingly, usually opting for understatement that's balanced out with the occasional heartfelt howl towards the conclusion of a song. Confidently co-produced with Michael Robinson, this is an open diary with a happy ending, ultimately all the more quietly joyful because it has clearly taken great courage to reach such self-acceptance.

That happened after Pruitt moved to Nashville to finish her music studies at Belmont University and to put her true self on the line, no longer hiding behind changed pronouns. Writing these songs was a way for her to face her parents, and as she has said in interviews, to tell them “‘Yeah, I’m gay, but I’m not only gay. I’m the same person that I always was”.

Thus she finishes with a defiant proclamation of same-sex love, drunk on the defiance of 'Loving Her', with its acoustic-soul groove (“I used to be ashamed to write a song that said her name”) and the elegant, no-holds-barred finale 'It's Always Been You.'

Expectations is an album that begins doubtful and ends delirious, with years of personal growth in between. It's one of those classic cases of an artist who sets out simply to sing her own truth and, in so doing, will end up touching the lives of so many others.