It’s a classy, frequently moving, always provocative collaboration and one of Hiatt’s finest efforts which, considering his extensive catalog, is saying plenty. 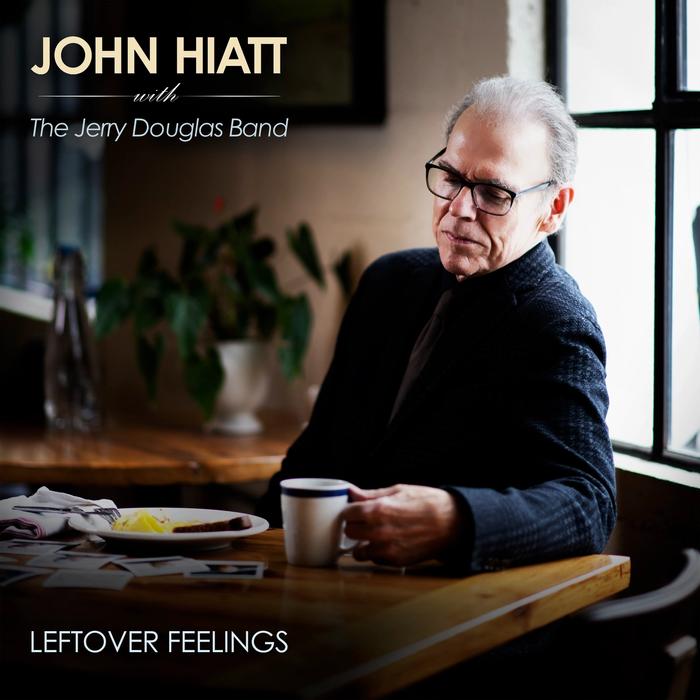 Even on paper, this is an intriguing combination. Not just because of the pairing of two titular roots / Americana troupers, but the added third entity that’s integral to the project; Nashville’s famous RCA Studio B, where this captivating meeting of minds was recorded.

Being aware of the history of that room is as vital as understanding the importance of this partnership. Both singer/songwriter John Hiatt and Dobro legend Jerry Douglas (advance notes cite his contribution on 1500 recordings) have been making music for decades – all the while, icons such as Willie Nelson, Waylon Jennings, Dolly Parton and Elvis Presley have waxed hits within the studio’s confines.

The result is a dozen fresh and inspired Hiatt songs played by Douglas and his gifted group, fresh off a Grammy nomination for 2017’s hot-wired instrumental country-jazz fusion venture What If. Hiatt has been busy too, cranking out five discs of invigorating and incisive roots folk/rock since 2010. The concept of these experienced and talented music makers interacting with one mother is a mouthwatering proposition and, perhaps not surprisingly, the results justify the anticipatory promise.

Dobro master Douglas, who also produces, is commonly associated with the bluegrass genre - that’s not what is heard here. Although there are no drums – an unusual premise for Hiatt, whose own band typically rocks out - these tunes crackle with playing that’s so tough and tight, you won’t miss a beat. The chugging, J.J. Cale-styled swamp of ‘Little Goodnight’, the driving ‘Keen Rambler’ and the pulsating ‘Long Black Electric Cadillac’ feel like rockers that are all the more relaxed for having that slightly stripped-down sound.

Hiatt, whose voice was a little ragged through 2017’s The Eclipse Sessions, may not have the force of his prime years, but it’s certainly stronger and more flexible than on the previous release. He’s in fine form on the bluesy ‘Mississippi Phone Booth’, taking the identity of a guy seemingly on the run and calling his girlfriend, desperate to connect; “Heart pounding through my t-shirt / Pumping change in a call to you / Mississippi phone booth / Operator could you get me through”.

Hiatt’s ballads that dominate the proceedings are some of his finest in years, helped enormously by Douglas’ alternately sweet and salty work balancing the singer’s gruff yet often tender vocals. Hiatt’s intensely personal reflection on the circumstances surrounding his brother’s suicide at age 21 on ‘Light of the Burning Sun’ is heart wrenching – made all the more touching with the Douglas band’s melancholy accompaniment. On the bittersweet ‘Changes in My Mind’, Hiatt takes the voice of the protagonist leaving a romance that went bad; “I'm sleeping in a fog and I'm driving a dirty car / Through the nightmares in my mind / I'm hitting all the puzzle pieces / Of the lifetimes you and I have left behind”.

There’s a beautiful and vibrant sense of space to these performances, as if the players and Hiatt are of a single mind. Douglas, who solos often but never hogs the spotlight, responds to Hiatt’s lyrics with a vulnerability implied by the album’s title. It may be a one-off for both of these busy musicians, but Leftover Feelings is a unique alliance that could prove additionally fruitful if followed up with more of what’s here. It’s a classy, frequently moving, always provocative collaboration and one of Hiatt’s finest efforts which, considering his extensive catalog, is saying plenty.

You never know, maybe the spirits in Studio B helped a little too.