Changes in Latitudes, Changes in Attitudes took Buffett from a cult party-song favourite to an international cultural icon and stadium-filling touring artist, whose albums sold in the millions. 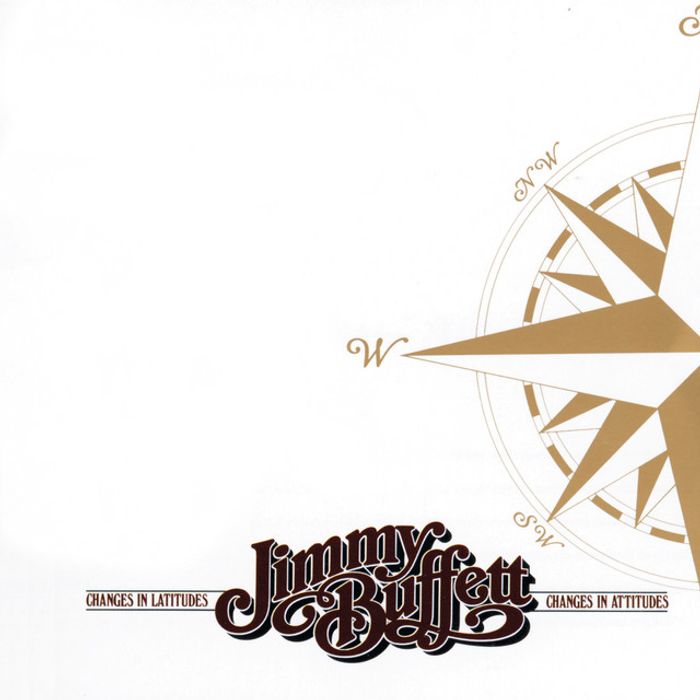 While there aren’t any tales at the top of a bottle, once you get to the bottom there’s always a story to tell. The best Jimmy Buffett songs have always come from the bottom of the bottle; stories that come from a life well-lived, even if it was only for a night.

In 1976, it felt like Jimmy Buffett and his Coral Reefer Band were on the brink of something that could still go either way. Changes in Latitudes, Changes in Attitudes was the album that sat at that crossroads, marking the point where the tides permanently changed.

Just five years earlier, Buffet had left Nashville and driven down to Key West in Florida with Jerry Jeff Walker, where he found the home that he hadn’t been able to find out on the road or in Music City. It was a place where “the days drift by” and the “smilin' eyes match the smilin' faces”.

Over the next four albums, Buffett soaked up the laid-back low-rent lifestyle of the derelict navy town and immortalised the characters that passed through it. He observed as the overspill from the hippy counterculture of the sixties mixed with the renegade locals in bars like The Chart Room, The Old Anchor Inn, Sloppy Joes and Captain Tony’s Saloon.

He was one of a rambling gaggle of misfit artists and troubadours that were drawn across the 154-mile-long bridge from Miami in the early 70s. The little island had always been a refuge for writers and romantic outsiders: Ernest Hemingway was living on Key West when he wrote A Farwell to Arms; Hunter S. Thompson hid out there when the excesses of the mainland got too much for him; Tennessee Williams lived there from the 1940s until his death in 1983.

“Many generations of misfits have claimed Key West as their town”, Buffett said years later. “But I would have to argue that, in the early 70s, it truly was our town.”

It was in Key West that Buffett cultivated his easy-going Gulf Coast slacker persona; a beach-bum barstool philosopher who combined country, folk, calypso and rock to create his own unique "Gulf and Western" tropical rock sound.

"What Jimmy Buffett knows is that our personal musical history lies at the curious hinterland where Hank Williams and Xavier Cugat meet", wrote Thomas McGuane eloquently in the liner notes to A White Sport Coat and A Pink Crustacean. "Drunken Caribbean rock 'n' roll" was what Jimmy Buffett would come to call it.

Towards the end of 1976, his last few albums had all been critically well-received but hadn’t sold spectacularly. He’d also just won the battle to have his live outfit, The Coral Reefer Band, playing in the studio on his recording sessions instead of the session musicians his producer Don Grant favoured - just like Waylon and Willie had. His label seemed happy enough to let him be a little-investment-little-return artist, hoping that chart performance and radio play alone wouldn’t define his success. Buffett had other ideas.

Wanting the bigger budgets that other artists on the label had, Buffet sent his manager Don Light in to negotiate for the next advance, and - after learning how much they were spending on promoting the second record from David Crosby and Graham Nash – Buffett demanded the kind of backing he felt he deserved.

When the very favourable advance eventually came in from the label in October, Buffett came good on the mythical promise he’d always made - he bought a boat with it. He named the thirty-three-foot vessel Euphoria, after the T-shirt he happened to be wearing when the broker handed over the keys.

After that, everything changed, and the album that came next would go on to be the most successful album of his career. A bigger recording budget meant a bigger producer, and Don Grant was replaced at the helm by Norbert Putnam, who was rolling hot off the back of producing Joan Baez and Dan Fogelberg.

The first thing Putnam decided on after meeting Buffett and seeing the Coral Reefer Band live, was that they should record away from Nashville in Criteria Studios in Miami. Knowing that Dan Fogelberg had seemed more at home recording in the mountains of Colorado, Putnam applied the same logic to Jimmy Buffet, “only we’re going to use Trinidad steel drums, wooden flutes and anything else that was nautical”.

Buffett was hesitant at first, but a few days later called back saying he was on board with the idea. He’d even written a new song inspired by the relocation - it was called ‘Changes In Latitudes, Changes In Attitudes’.

The songs Jimmy Buffett brought to the sessions were the same “up-country” story songs he’d become known for – lighter on narrative, heavy on character - but something about them seems to always be pointing towards the wistful finality of something. These weren’t songs that were just coming from the bottom of the bottle, but from the end of the whole party too.

Maybe it was just that he’d been in Key West too long; the town was changing, and the magic was wearing off. In a missing verse from ‘Margaritaville’, he sings about the “Old men in tank tops / cruising the gift shops / Checking out chiquitas down by the shore”.

Perhaps he was just finally waking up with the hangover from the sixties that he’d been hiding away from, as idealism and hope gave way to Watergate, the energy crisis and recession. Maybe it was because he was on the cusp of turning thirty, and it was just the fear of getting older, settling down and becoming like everyone else.

Whatever it was that inspired the songs, it felt like something was changing. When he sings about the same peaceful island hideaway he’d sung about in ‘I Have Found Me A Home’, it was almost as if he was beginning to find reasons to leave. “Years grow shorter, not longer”, he sings. “Feelings for moving grow stronger so you wonder why you ever go home”.

If the characters in his songs sounded wearier – full of doubt and uncertain redemption - musically it sounds anything but. Putnam added a little polish and punch to the production - fleshing the sound out with a smooth yacht rock sheen.

The process took Buffett from a cult party-song favourite to an international cultural icon and stadium-filling touring artist, whose albums sold in the millions.

“Drink it up / This ones for you / I'm sorry it's ended / It's sad but it's true”, he sings on ‘Lovely Cruise’. The party was over they all thought, and all that was really left was to sail away from it all, towards something else.

They weren’t to know it at the time, but there was an even bigger party on the horizon. As the dedication to his band on the album sleeve notes, “it had been a long time comin’.” With Changes In Latitudes…, they were finally on their way.

You can purchase Jimmy Buffett's Changes In Latitudes, Changes in Attitudes from one of Holler's selected partners below: 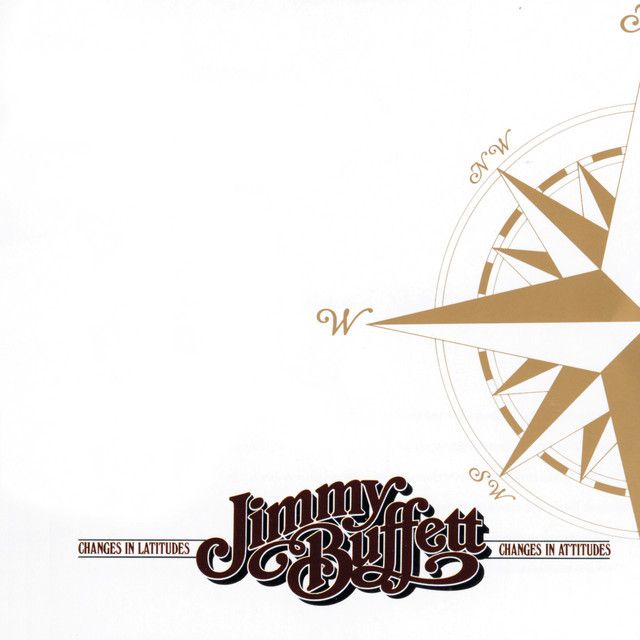