It might only be June, but Allen just made a bid for album of the summer. Sometimes, albums can just make you feel good 一 and that’s enough. 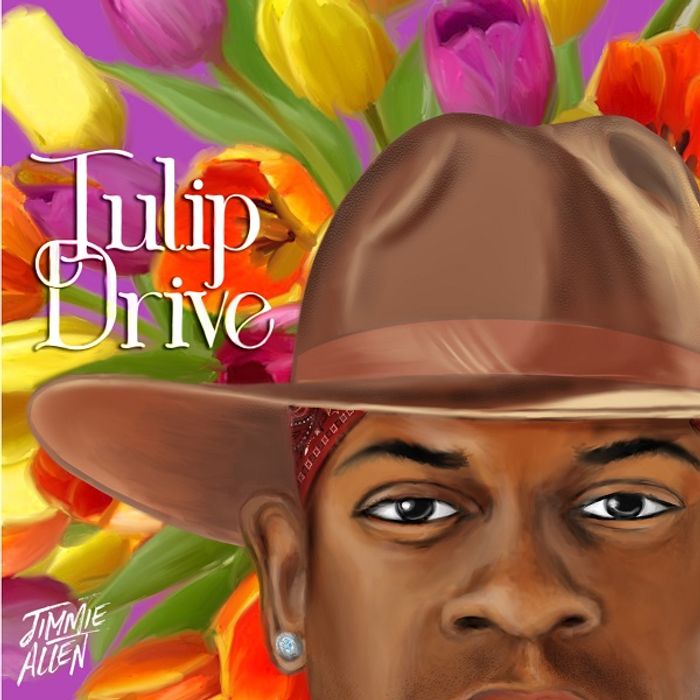 With several chart-toppers to his name, Jimmie Allen has more than proved he can compete with the best of them on the radio airwaves. Two full-length records, Mercury Lane and Bettie James, planted his flag firmly in the center of country music’s next generation. On his third, the wistfully titled Tulip Drive - named after his late grandmother’s street - he gets intensely personal on record for the very first time.

Songs like lead single ‘down home’ and album opener ‘be alright’ position Allen’s emotional frame of mind beneath a glossy warmth and luminescence. “Let me tell you know, when you’re feeling broken and down / You just gotta let it ride / It’ll be alright,” he sings on the latter, both a promise to the listener and to himself. As the spotlight burns hotter and brighter around him, he certainly needs the reminder to stay grounded and receptive to the world.

A similar emotional electricity courses through the entire record, pinning him to the earth as he attempts to keep a level head while still spinning in the stars. ‘settle on back’ is an invitation to pop a few tops “with my boys at the pier,” whereas the Latin-flavored ‘pesos’ - a collaboration with T-Pain and Cee Lo Green - ignites a reminder of what really matters in life. “Live it like it’s your last day,” urges Green.

A sequence of tracks 一 ‘broken hearted,’ ‘habits & hearts,’ ‘right now,’ and ‘wouldn’t feel like summer’ 一 splash through a wave of emotions, from heart sickness, to cutting ties with the past, to falling back in love. A piano ballad so moving it’ll rip your heart out, ‘habits & hearts’ is a top-tier career moment, living alongside the vocally-earnest ‘undo’ and songwriting standout ‘you won’t be alone’ (with Aadyn) as both this album and Allen’s catalogue’s shiniest jewels.

Allen keeps the listener on their toes, frequently swiping between easy-breezy radio candy (‘love in the living room’ is a sweaty, sexy slow-burn) and emotive gut punches. The penultimate track, ‘every time i saw amen’ bows to the universal sentiment of gratitude and remaining present in the moment. “Every time I say amen it’s for the long roads that wind up nowhere / Wrong words you sing but you don’t care,” he sings. It’s a dreamy, enveloping road trip anthem that captures the album’s message with cleansing power.

Tulip Drive is not attempting to reinvent the wheel. While powered by a host of producers, including Jesse Frasure, Eric Torres, and Ash Bowers alongside Allen himself, the musical variations are few, allowing for a welcome cohesion to his own artistic style.

Equal parts emotive and feel-good, the 17-song record is primed and ready for long drives to the beach, late-nights out at the dive bar, and easy listening on a quiet, contemplative night in. It might only be June, but Allen just made a bid for album of the summer. Sometimes, albums can just make you feel good 一 and that’s enough.

Why I Love: Jimmie Allen on Charley Pride