This invigorating album encapsulates all the aspects of Nettles’ musical abilities. It is bound to capture the imagination of fans from both genres, whilst opening opportunities for her career to blossom even further than it already has. 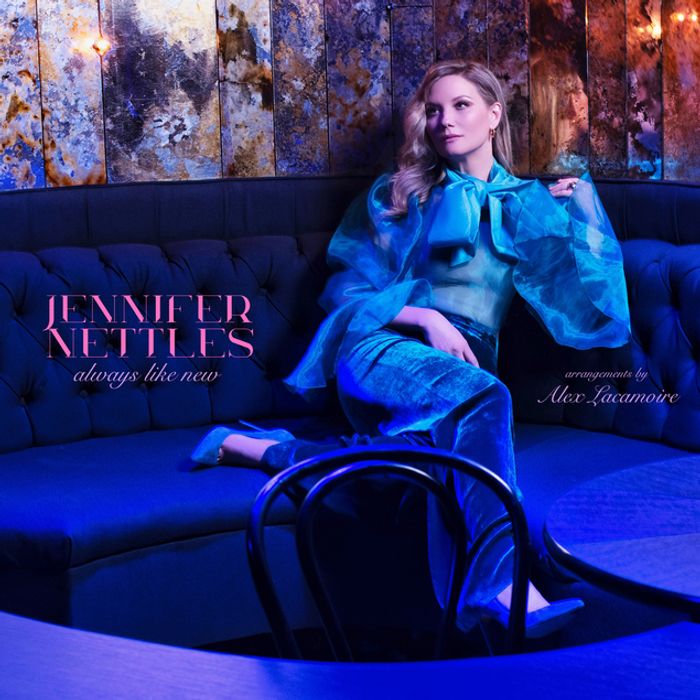 Jennifer Nettles may be best known within the country music world as one half of the GRAMMY Award-winning duo Sugarland, but it's safe to say she's had a truly magical career both in and out of the group.

Nettles spent 10 years as a solo singer-songwriter in her own respect before forming the trio, since then releasing six Top 5 charting albums, two solo records and a Christmas collection, alongside starring in the musical Chicago. Nettles’ work over her career has shown that her love of performing knows no bounds - her eclectic taste in music enabling her to continuously blossom, particularly in recent years.

With that in mind, it should come as no surprise that her brand new album, Always Like New, is like nothing we’ve heard from her before. It takes the term “genre-defying” to a whole new level, as she explores the intrinsic relationship between country and musical theatre.

Nettles doesn’t have a writing credit on this collection, but plaudits must certainly be given for her song selection. Finding a balance between classic Broadway showstoppers and contemporary ballads, she has reimagined these well-known musical numbers and truly made them her own.

There is no hiding the Georgia native’s country twang, but she perfectly arranges the songs to suit her voice, if anything adding a unique, warm texture to the familiar compositions. ‘Wait For It’, from Hamilton, is a stand-out; the slide guitar introducing us to her swampy interpretation of the modern classic from the 11-time Tony Award winning musical. It’s a prime example of how Nettles can add new dimensions whilst honouring original compositions - a bold move, but one that ultimately pays off.

Though the record was planned long before the pandemic hit, you can’t help but feel the poignancy of these recordings when taking into consideration the trials the theatre industry has faced in the past year. Nettles recorded ‘Tomorrow’ the day before Broadway closed, her bittersweet interpretation seemingly pre-empting what was to come. It takes on a whole new meaning, and though it begins with a sombre and slightly uncertain outlook, it still manages to offer hope.

On Always Like New, each song is delivered with an energy that few manage to successfully capture in a studio setting. Nettles can switch from the fragile quiver of an intimate arrangement to a rousing, uplifting orchestration, and whilst opening with a solitary a capella performance is once again brave, it shows the versatility of Nettles' voice and the lengths she’ll go to offer something singular. Consequently, it allows her the space to explore new emotional connotations and vocal arrangements on each moving original.

This invigorating album encapsulates all the aspects of Nettles’ musical abilities. Though many have managed to cross from country to pop, rock and even RnB, her combination of country and musical theatre is quite unique. It is bound to capture the imagination of fans from both genres, whilst opening opportunities for her career to somehow blossom even further than it already has.