What La Botz does well though is he infuses darker concepts into the songs so they feel fresh; inspired and full of the wit and wisdom of an artist waiting for the public to catch up to him. 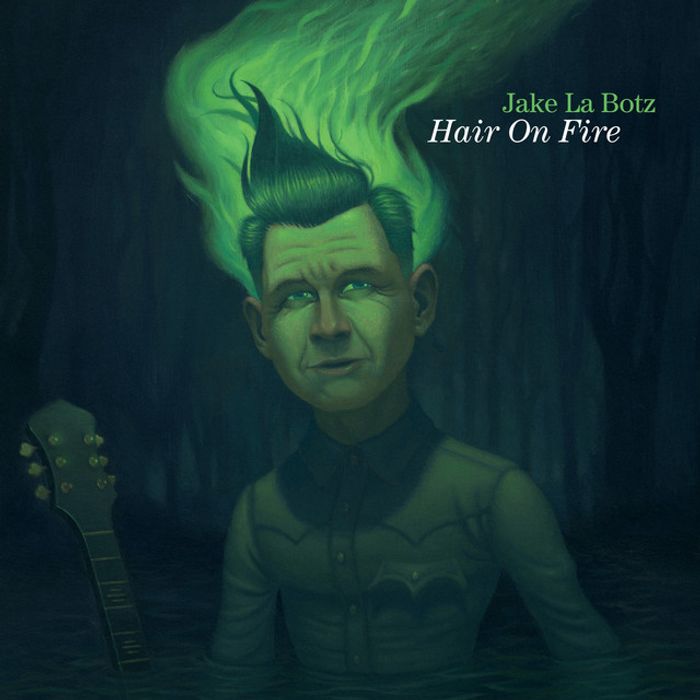 In that sense, and in others, Jake La Botz has the market cornered.

The multi-talented, some might politely call Renaissance man has been buzzing around the fringes of Americana since his Delta blues-infused, largely acoustic 2000 debut. While his sound has morphed into fuller, jazzier and occasionally darker territory over the decades since, he preserves that rustic sound which remains at the heart of his music. Nine albums and over two decades later, La Botz has carved out a unique sonic and conceptual niche that unfortunately too few have heard. The title of 2005’s All Soul and No Money humorously implies that.

But, like most determined artists, he keeps plugging away, releasing quality albums with better production and slightly more commercially viable music on each occasion. That has resulted in his two most recent projects receiving a more encouraging reception, albeit still to a cult-sized audience. He surely deserves better; with the curiously named Hair on Fire, he should get it.

The record’s unusual title refers to a saying in Buddhism (which La Botz teaches) “that one should practice as if their hair is on fire”. Don’t assume that indicates an aggressive musical attack. Rather, La Botz wraps his somewhat spiritual but never preachy lyrics around subtle yet compelling tunes, propelled by his often sweet and unpretentious vocals.

The title track is an upbeat, almost childlike-pop tune with its gospel-fueled lyrics of “Got to burn my body when I die, with my hair on fire great god-amighty /Then I’ll cross on over that great divide, with my hair on fire great god-amighty”. Opener ‘Let It Fall’, an early single, references the masks we often hide behind, as La Botz sings “See it come dripping off / Slideshow slipping off / Ripping off a costume / Covered in stains” to a peppy, clip-clop melody that you’ll be singing after one spin.

There’s a Tom Waits stomp to the humorous and political ‘First McDonells on the Moon’, an obvious poke at the fast food purveyor whose name has been altered - likely for legal reasons - as La Botz sings about both the plastic-ness of contemporary convenient meals while also getting a dig in about Trump.

Hints of Harry Nilsson’s ‘Cuddly Toy’-styled pop hover around these dozen ditties, keeping the musical mood uncluttered and upbeat. What La Botz does well though is he infuses darker concepts into the songs so they feel fresh; inspired and full of the wit and wisdom of an artist waiting for the public to catch up to him. Maybe in those tattoo parlors he’ll find such an audience.