Jaime Wyatt is the new anti-hero of outlaw country and Neon Cross serves as her misfit manifesto. 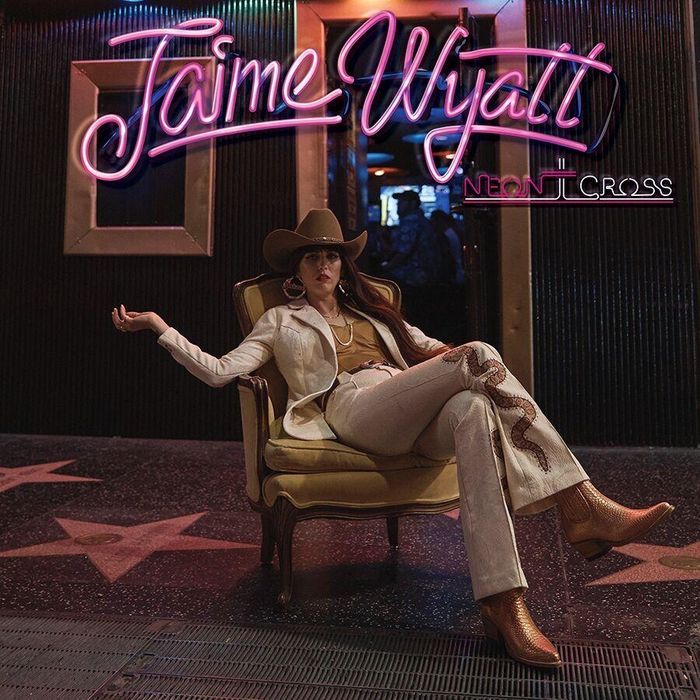 Even by outlaw country measures, in her thirty-five years of living Jaime Wyatt has doubled down on the dark side of life more often than most. California-born but raised in Tacoma, Washington, at the age of 17 she headed back to LA - lured by the bright lights and the promise of a record deal. When the deal fell apart, Wyatt sunk into a downward spiral of depression and drug abuse. Four years later, at the age of 21, she was in jail for robbing her heroine dealer. She got out and got clean, but when her marriage broke down, her father died and her best friend overdosed in tragic succession, she relapsed again.

Neon Cross is a country confessional about what happened next, about how a lost soul stumbled through the darkness to find salvation in the only place they hadn’t looked for it yet: themselves. Grief, addiction, heartache and honky-tonkin’ is all here at its most brutally honest. Upon listening, a stately piano ballad like ‘Sweet Mess’ might be a slightly misleading opener for what’s to follow, but it’s a fittingly stark and melodramatic way to begin Wyatt’s sophomore album. Like Margo Price’s ‘Hands of Time’ or Dolly Parton’s ‘Light of A Clear Blue Morning’, it both sets the stage for her soft smoky twang and picks up where her last record, Felony Blues, left off - alone in a honky-tonk and feeling like hell.

Written and recorded in LA with Shooter Jennings before Wyatt moved to Nashville, Neon Cross teeters between the sweeping seventies country of Emmylou Harris - when the pace is high – and Sammi Smith and Midnight Oil-era Barbara Mandrell when it drops. It adds a layer of lush Countrypolitan to Wyatt’s sound, recapturing a time when country music came swaggering out of the honky-tonks into the neon lights of Broadway and beyond.

Despite its weight, Wyatt always injects a knowing humour and a dark comedy to her tragedy - she’s wry, self-deprecating and sometimes painfully self-aware. “Oh, poor me. So sad, goddamn”, she sings on the title track, a galloping take-me-as-I-am declaration of new-found self-confidence. “I’m wearing some pitiful perfume, dark glasses, gold liquor, jukeboxes and alligator shoes”. She’s fully aware that the scenario she sets herself in can be as ridiculous as it is tragic, but she’s the unlikely one-woman star of this country black comedy. “I’m just a woman, what do I know?” she eye-rolls on trad-country feminist anthem ‘Just A Woman’, joined by the first lady of outlaw country, Jessi Colter, they channel the torch songs of Tammy Wynette and declare “there’s not a man in this world I would rather be.”

Jaime Wyatt is the new anti-hero of outlaw country and Neon Cross serves as her misfit manifesto. ‘Rattlesnake Girl’ is Wyatt’s queer-country rebel anthem, a no-fucks-given, no-shit-taken celebration of coming out and the LGBTQ+ community; “I see my sweet friends out on the weekends, they all look happy and gay. They keep their secrets all covered in sequins, people have too much to say.” It’s a celebration of the hard-fought victory of taking all the shit life throws at you and surviving it. “I’ve been living in hell so long, what’s all this talk about H E V I N?” she wonders on ‘L I V I N’ - pleading for the pearly gates to be opened up if she promises not to break anything. Go on. Let her in. She’s one of the good ones.