Jade Bird is just 23 and has two impressive records to her name. From the direction of Different Kinds of Light, her future could be about to take flight. 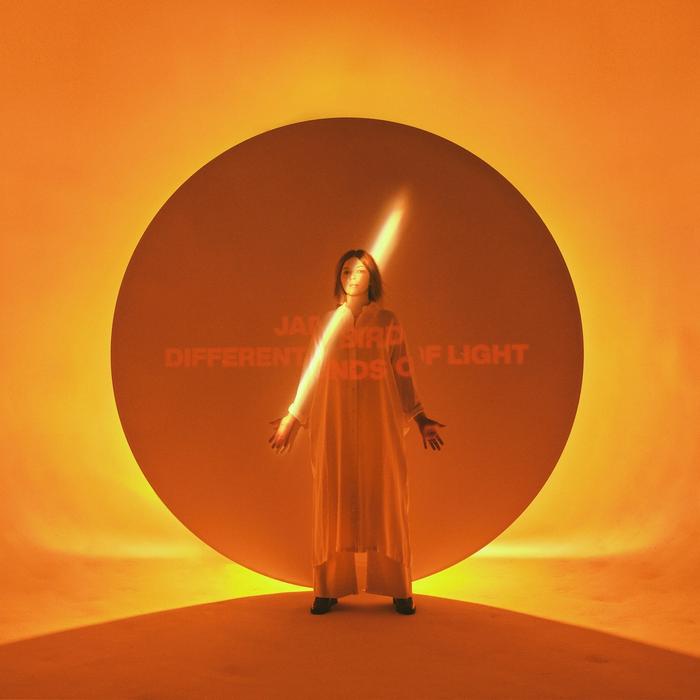 While some artists can go into the studio without having written a note and leave with a finished album, Jade Bird’s second release thrives having not taken such an approach.

Rather, these songs traveled with Bird from her home in the UK to Japan, then Mexico, through Nashville, before heading to upstate New York. The songs not surprisingly morphed as she followed such a twisted path, the singer/songwriter dealing with leaving the road during lockdown the way most other serious artists did: by getting creative. “It’s been a big exploration through evenings and mornings spent under strange skies,” she explains. “With Different Kinds of Light came different kinds of clarity in my life".

She’s still on the move now - a recent relocation to Austin, Texas her latest stop after having spent time in Nashville recording with a certain Dave Cobb.

Bird obviously doesn’t spend much time ruminating in one place, something that correlates with the 14 tunes on Different Kinds of Light. None of the songs here break the four-minute mark, with half saying what they need to in under three. There’s no reliance on extended instrumental breaks, guitar solos or repetitive choruses to tweak the tracks - the result is a tight collection trimmed of all fat, driven by Bird’s Neko Case-esque vocals and ever-present acoustic guitar tinkering.

Her sound shifts from spirited indie-pop rockers like ‘Open Up the Heavens’ and the heartbeat-doubling bass drum of ‘Headstart’, to the solemn, more introspective ‘Red, White, and Blue’ and the knotty, folksy ‘Prototype’.

Although, Bird seems to have found a sense of peace in exploration; there are plenty of songs that examine difficult relationships. On the ballad of a title track, she recounts “We've been surviving not thriving, honey / Living on time that’s not ours” above a contrastingly lovely, warm melody. It’s a sentiment Bird shares evocatively, as once-loving connections start to fray and the band-aid of comfort needs tearing off.

On the new wave-ish ‘Trick Mirror’ she decries “No one can love you / if you don’t stay”; the rhythm section pushing the song into an edgy Pretenders-styled rocker. Bird’s heart may be locked in self-preservation mode, but the vulnerability and bruising that hides within paints the atmosphere colourfully.

It helps that each cut feels crisp and alive. Bird doesn’t have a powerful voice, but a distinctive one. Combined with snappy songwriting and Cobb’s frills-free production, the result is 90s pop polished with an 00s melodic impact. The chiming guitar that screams of The Byrds on the cautionary ‘Now Is the Time’ helps mellow the prickly, raw lyrics of “If I had a penny for all your potential / I’d be left drowning, my mouth full of metal”. There’s more anger in the harder rocking ‘Candidate’ as Bird declares “If you want somebody to hate, I'm a great candidate”.

The songs fly by quickly and efficiently, as if Bird can’t wait to get to the next one, but only a few, like the closing ‘Headstart’, jump out with instantly memorable choruses. The album connects though due to the singer’s contagious energy, creating an instant emotional connection with the listener. She’s clearly poured every emotion into these songs and that feeling jumps out like the trails of a sparkler, enticing you back for another go-round to absorb her enthusiastic delivery and passionate music.

Jade Bird is just 23 and has two impressive, if imperfect, records to her name – from the direction of Different Kinds of Light, her future could be about to take flight.

Jade Bird at The Burl in Lexington, KY