This late-in-life entry to a stunning near five-decade catalog is as warm, lyrically articulate and musically compelling as any Jackson Browne has recorded. 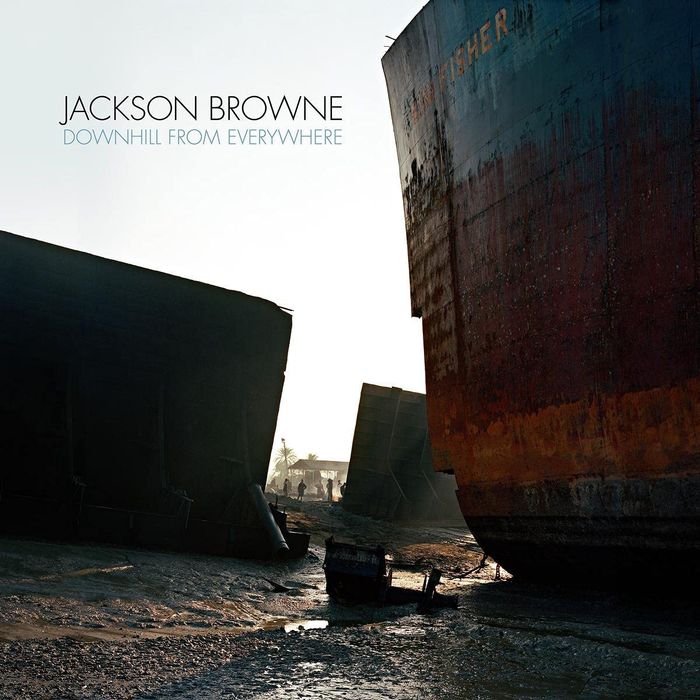 Without looking at a recent photo of Jackson Browne, it’s easy to mistake this new album - the first in six years - for one recorded during his 70s/80s prime. Browne’s voice hasn’t aged a day since that era, and musically, this late-in-life entry to a stunning near five-decade catalog (his debut appeared in 1972) is as warm, lyrically articulate and musically compelling as any he has recorded.

Those who have followed Browne know he has been politically outspoken from his late 70s No Nukes days to the present. The trick has been to incorporate that socio-political stance into folk-rock songs which resonate musically as well. That has been a tougher balance for him to maintain. But on this, his 15th set of originals, he nails a successful middle ground.

Opener ‘Still Looking for Something’ sets the tone by its title alone. “Don't know that I'll find it… If all I find is freedom, it's alright,” he sings with a knowing nod to both his advancing age and extensive career. Early single ‘My Cleveland Heart’ rocks out with a tempo similar to earlier work like ‘Boulevard’ or ‘For a Dancer’ as Greg Leisz’s lap steel fills the void left by David Lindley’s absence. Lyrics of “I've been walkin' that broken line between/The way life is and the way it seems”, reexamine classic Browne territory, questioning his place in society as he did in The Pretender. And doing it with cowbell, reviving that much maligned 70s artefact for added punch.

Conceptually, Browne stays true to his activist heart in material that conveys messages without knocking the listener over the head with them. On ‘The Dreamer’, he revisits the Latin/Mexican rhythms he has often returned to with fluttering Spanish guitar lines and lyrics about an immigrant being sent back to Mexico, concluding, “And the walls that we've built between us /Keep us prisoners of our fear”, another common Browne theme.

‘Until Justice Is Real’ rocks with Leisz’s slide pushing the attack on a tune that asks us “What is democracy? What is the deal?”. The title track collects about a dozen current issues in its questioning of where the US is going by name checking the GOP, NRA, the US Senate, Columbine and others with soulful backing vocals echoing his yearning, still somewhat boyish yet weathered voice.

The exquisite ‘Human Touch’ finds singer Leslie Mendelson trading lead vocals with Browne, harmonizing for one of the collection’s most moving and heartfelt performances. Leisz’s lap steel provides weeping counterpoint as the duo sings “Everybody gets lonely…Reaching out for some connection…”. It’s one of Browne’s finest ballads, up there with ‘Call It a Loan’ or ‘In the Shape of a Heart.’ And that’s saying plenty.

The closing epic eight-minute ‘A Song for Barcelona’ that credits five co-writers along with Browne, returns to the frisky Latin lope, paying earnest tribute to “ …the streets that gave me refuge/In my escape from rock and roll” while accompanying himself on nylon string guitar.

As producer, Browne confidently controls the sound. He allows the sturdy band of veterans such as bassist Bob Glaub to gel with his expressive singing and lyrics on songs that feel fresher, more alive and socially relevant than you’d expect from any performer his age or younger.

It’s a stirring, even inspirational release and hopefully we won’t have to wait another six years for its follow-up.