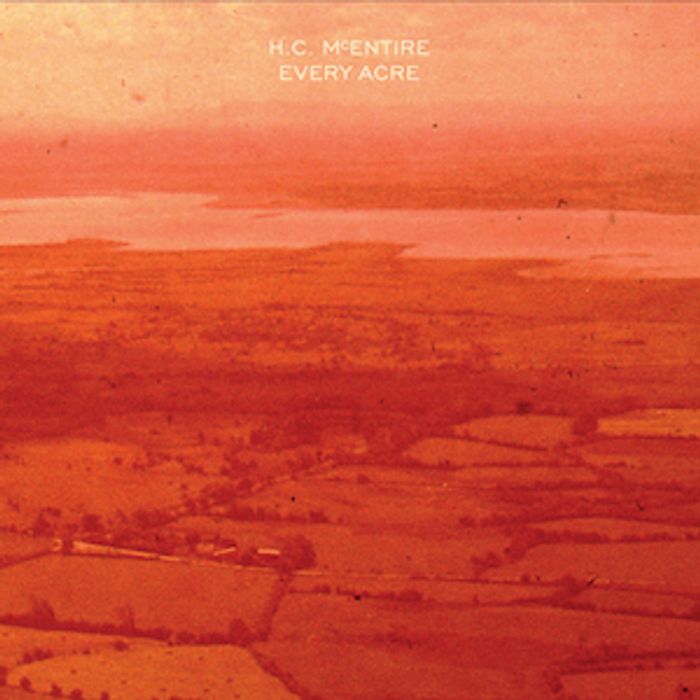 McEntire’s sonic identity could be loosely categorized as singer-songwriter-leaning Americana, but the music is an amalgamation of all kinds of different influences: an upbringing in North Carolina, with the gospel sounds of her Southern Baptist church and mainstream country music on the radio; the freedom she found in punk music; her role as the front-woman of folk act Mount Mariah and the years she spent as a backing vocalist for Angel Olsen.

Those different eras of her artistic life turn up in various forms across Every Acre, from the gentle grunge of ‘Soft Crook’ to the hushed spirituality of ‘Gospel of a Certain Kind’. But there’s nothing dissonant about this collection, in large part because although the songs lean into different aspects of McEntire’s musicality, they are all linked by larger themes.

McEntire uses a poet’s eye as she structures her albums, both on macro and micro levels. With lyrics like “Cornmeal rising high in cast-iron pans / Cattails catching all the copperheads” in ‘Shadows’, she conjures up the kind of vivid detail that would feel at home in a collection of Mary Oliver poetry. But on a larger scale, the visual contributes to a theme of landscape, and how our physical homes interact and inform our emotional homes.

‘New View’, Every Acre’s opening track, centers around the image of a late-autumn hunter’s moon, a vivid orange variation on a full moon. Historically known as the celestial phase by which hunters could be active at night, this moon has some emotionally potent consequences for the song, too. “Bend me and break me / Split me right in two / Mend me and make me / I’ll take more of you / In the high hunter’s moon”, McEntire sings in the chorus, conjuring up an image of a person who finds a heady new perspective when she looks at her life and relationships in the light of a blood-orange October night.

In ‘Rows of Clover’, the landscape once again becomes an analogy, this time for grief. “It ain’t the easy kind of healing / When you’re down on your knees, clawing at the garden,” McEntire sings, drawing parallels between a grizzled landscape of “wasted dirt” and the difficult, hard-hoed work of grief. Meanwhile, ‘Dovetail’ stays with the themes of grief, trauma and wear, but trades in visual metaphors for a focus on storytelling, as McEntire embodies the voice of various women across various life stages and challenges.

McEntire calls on two guest artists - a peer and a hero - on this track list. Fellow Southern poet S.G. Goodman joins her for backing vocals on ‘Shadows’, lending harmony to the chorus of the song and soft, tender call-and-response towards the end of the track. Amy Ray - one half of the Indigo Girls, a band that McEntire has pointed to as a connecting link between the country music she grew up with and the punk bands she loved later on - makes an appearance on ‘Turpentine’, a foreboding song that forges a connection between familiar lyrics about rural Southern life and something a little more mystical.

In this collection, even the landscapes you know like the back of your hand contain mysterious, unplumbed depths. When you look closely, the land that seemed well-charted and tame isn’t quite so simple anymore. Perhaps it never was.

Every Acre is out on Friday 27th January via Merge Records.