There’s no numbing the pain in White’s world, only walking—and sometimes stumbling—through it, feeling everything and alchemizing it with music and love. 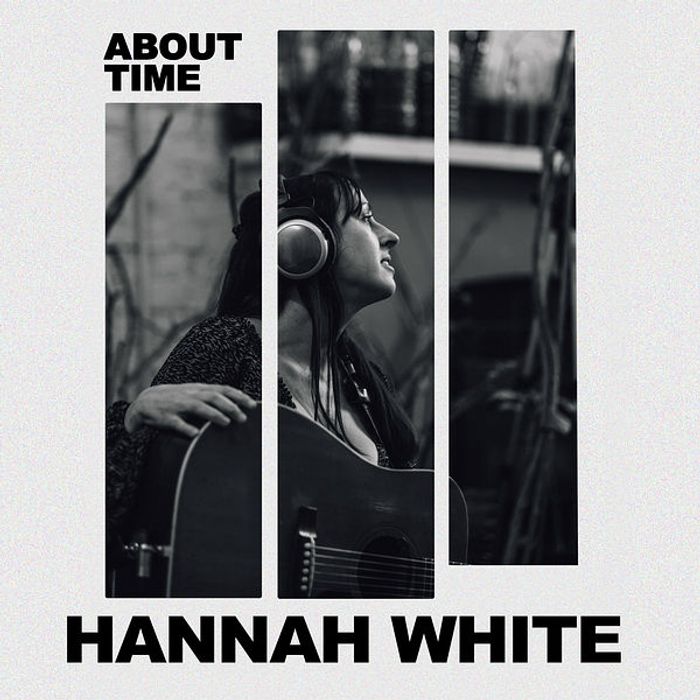 On About Time, London-based artist Hannah White delivers the sound of an artist who has fully come into her own. There are no wrong turns on this 10-song collection, as White traverses deep emotional terrain and sometimes life-defining scenes with impeccable vocals and hints of rockabilly, gospel and liberal doses of twang.

White’s voice has a tear-stained quality, a little ragged around the edges with a core of steel and a coat of velvet. She sets the tone on ‘You Don’t Want Me Anymore', a plaintive tale of unrequited love; “A scene right from a dream / you’re everything I ever wanted / but you don’t want me / you don’t want me / anymore”.

‘It Will Be Alright’ is one of the album's showstoppers, detailing the emotional shock of losing one’s home. Only instead of hardening in the wake of the traumatic event, the experience renders the narrator more compassionate to the plight of others, be it the cruelty of children, fighting neighbors or racism: “oh the man from the park / tells me he has to leave / ‘cause his skin is too dark”.

White looks out into the world and realizes she may be downtrodden but is hardly alone in her struggles. All seems lost but love, and therein lies redemption: “He’s holding me / he’s holding me / saying it will be alright”.Both White’s vocals and the rich Hammond organ take flight on the bridge, elevating the song into the realm of the spiritual.

While the clouds are building again in ‘Broken Bird,’ White calls upon the halcyon days of youth to find her hope. “Take me back / to my home / to every childhood comfort I’ve known / to pastures green and waters blue”.

All this is just a lead-up to the epic ‘Car Crash,’ a harrowing five-minute unspooling of a mother’s worst nightmare where White evokes a world of anguish in her first breath “they want to take my baby”.

The mood lightens from there. ‘Good Stuff’ merely nods to the dark while celebrating unhurried love; ‘Daddy’s Gonna Make Me a Star’ finds White more plucky than plaintive, while ‘Heavy Light’ epitomizes the balancing act she has perfected. “Even when I’m wrong / you take my burden / you make heavy light / alright,” she sings.

Just as you think she’s wrapped a bow around the album, she widens her lens on ‘14 Years’, as she contemplates the Gaza-Israel conflict. Such emotional brevity was never going to allow About Time to finish so neatly.

With its moving shadows and angst-ridden heart, About Time would fit right between Chris Isaak’s Heart Shaped World and Margo Price’s Midwestern Farmer’s Daughter on any record shelf.

There’s no numbing the pain in White’s world, only walking—and sometimes stumbling—through it, feeling everything and alchemizing it with music and love.

Hannah White's 2022 album, About Time, is out now via Paper Blue Records.